Don’t worry, though it’s tempting to do, I’m not about to parse Kanye’s lyrics and why he uses Robocop as a metaphor for a cold and unfeeling person when in fact Robocop has a whole mess of feelings which are ultimately unable to be repressed by his corporate programming — no, I’m only here to tell you that ROBOCOP is screening this weekend at midnight at the IFC Center in New York City. 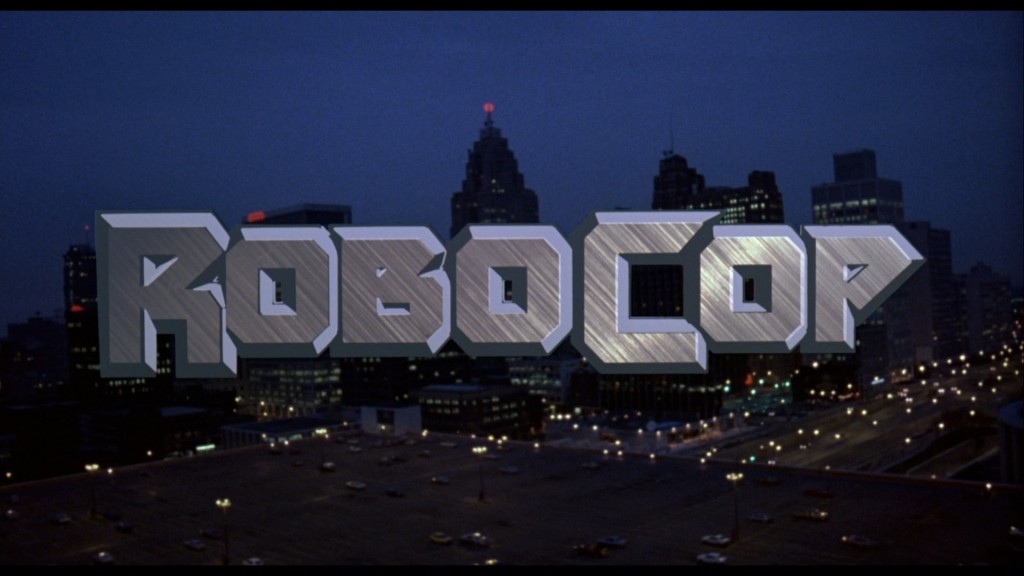 I last wrote about the original while discussing this year’s troubled remake. Here is the pertinent excerpt: The corporate idea behind remaking well-known films is that the younger audiences — the prime ticket-buying demographic — has vague awareness of the earlier work, they’ve only heard good things, they’re more likely to pick up on the name recognition, and so they’ll go. It’s the rare studio executive who really cares about pleasing the surlier older fans of the originals. Unfortunately, fan culture today is dominated by the types who are pacified by the most simple tips of the cap to their passion — those are the people who will clap when they hear the new RoboCop say “Dead or alive, you’re coming with me.” Those are the people who are satisfied when the recognizable and brilliant Basil Poledouris theme is briefly heard, souped up for 2014, over the opening title card. That’s all those types need. Anyway, if you’re asking why ROBOCOP was remade, that’s why. Of course, those surlier older fans, like myself, need far more justification. 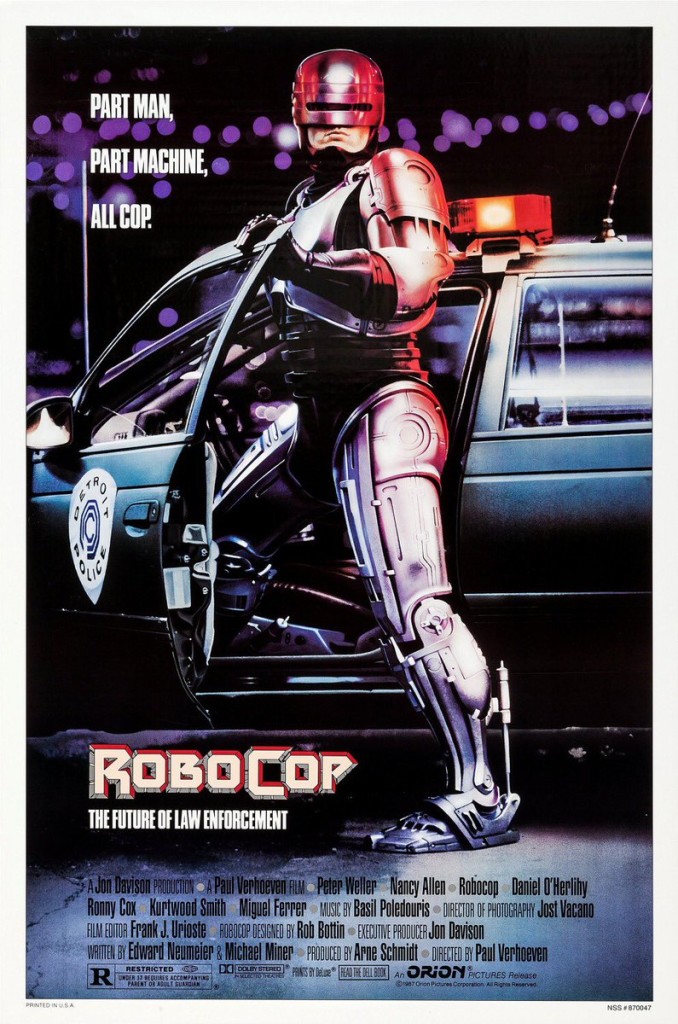 A remake can’t win with us. We’re always going to compare it to its source. In this case, 1987’s ROBOCOP, written by Ed Neumeier and Matt Miner and directed by Paul Verhoeven, is so beloved that the memories of having watched it a dozen times hang over the experience of watching the remake like the phantom limb syndrome that the multiple-amputee turned robot fighting machine Alex Murphy feels in the new movie. 1987’s ROBOCOP was a dead-on satire of the Reagan ’80s, a product of its time and a joke at its expense, a spoof of the excesses of rampant capitalism and commercialism. Its spiritual brethren was WALL STREET, released the same year, a movie whose signature line, “Greed is good,” has been misquoted and misinterpreted as an endorsement of nihilistic behavior. (It may or may not be a coincidence that WALL STREET and ROBOCOP 2014 use the same Frank Sinatra song.)

Likewise, in 1987 ROBOCOP was misunderstood by many who missed the forest for the trees, seeing only the extreme violence and missing its profound relevance. Many astute critics saw it for what it was, happily, and of course there were probably those who loved it exactly for the extreme violence. Long before I was old enough to see the movie, I remember seeing newspaper ads touting ROBOCOP‘s box office success. (“Fourth week at #1!” or some such.) The script by Neumeier and Miner, which cannily set the film in Detroit, the nation’s automotive capital, conjured up the idea of futuristic crime-enforcement being a product of industry. White guys in suits, not mad scientists, were the ones who bankrolled the creation of the title character, a heroic cop mauled by criminals in the line of duty, who was re-created with robot parts to be the model of crime-fighting efficiency. 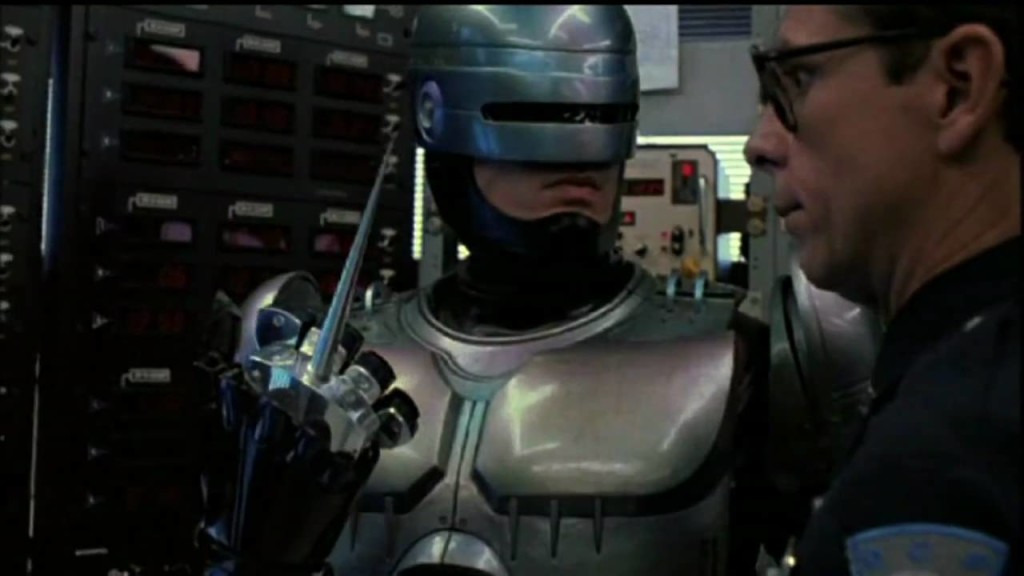 Rob Bottin, the effects genius who previously worked on John Carpenter’s take on THE THING, designed the iconic look of RoboCop, as kind of a cross between Cyclops from the X-Men and a sports car. Peter Weller ably portrayed both versions of Alex Murphy, the man and the 2.0, and Nancy Allen provided the much-needed humanity as his partner on the force. Ronny Cox and Miguel Ferrer were dead-on as the corporate types at the top, while Kurtwood Smith, Paul McCrane, and Ray Wise made up an unforgettable rogues’ gallery as the murderous menagerie who killed Murphy the first time.

When I first saw ROBOCOP, I was still young enough that its over-the-top intensity could shock and disturb me. Later, I recognized the comic-booky nature of the movie, the surreal lunacy of all the tits and gore, the humor and the sly commentary. That ROBOCOP works on multiple planes of experience and understanding is a credit to the smart satirical writing and the pitch-perfect direction from Paul Verhoeven, a true madman in the best sense whose fearlessness and embrace of excess is key to the execution of what is one of the best sci-fi action films ever made and released in America, let alone its own decade.

“Dead Or Alive, you’re coming with me.”