Another AMITYVILLE flick is in the works, this time from MANIAC remake director Franck Khalfoun.

Made for TV Mayhem looks at the 1971 mystery DO NOT FOLD, SPINDLE OR MUTILATE featuring Helen Hayes, Mildred Natwick, Myrna Loy and Sylvia Sidney. 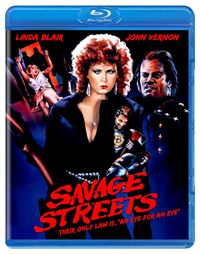 Code Red announced limited edition Blu-Rays of SAVAGE STREETS and THE REDEEMER on their Facebook page.

SUPER MARIO BROS. gets the RiffTrax treatment it deserves.

In the latest episode of RuPaul’s web series, Ru talks to John Waters about his new book “Carsick: John Waters Hitchhikes Across America.”

And one for ECHO TO ECHO, a sci-fi found footage flick for tweens that looks more than a little E.T.-ish: