THE SPOOK WHO SAT BY THE DOOR writer Sam Greenlee has passed away at 83. 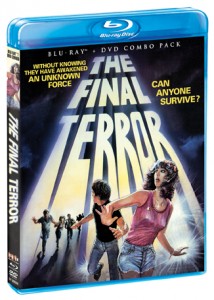 Scream Factory announced THE FINAL TERROR Blu-ray/DVD combo pack to street July 1. Features on the release of the 1983 slasher flick including Rachel Ward, Adrian Zmed, Daryl Hannah and Joe Pantoliano include interviews with Zmed and actor Lewis Smith, a commentary with director Andrew (THE FUGITIVE) Davis and a theatrical trailer.

Casey Scott, the curator of the great “In the Flesh” series at New York’s Anthology Film Archives, talks about adult films, sexuality and the program itself at The Sword. (NSFW link) The most recent line-up in June includes Chuck Vincent’s MISBEHAVIN’ and ROOMMATES, with cinematographer Larry Revene and stars Veronica Hart and Candida Royalle in person! 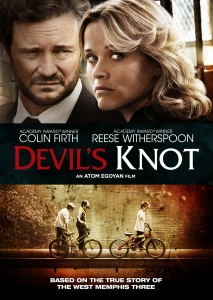 Meanwhile, TNT is turning King’s “Firestarter” into a TV series following Charlie McGee twenty years after the events of the book.

Image announces Atom Egoyan’s DEVIL’S KNOT, based on the story of the West Memphis Three and featuring Reese Witherspoon, Colin Firth and Stephen Moyer, for release on June 10.

“Sabrina, the Teenage Witch” gets a dark reboot along the “Afterlife with Archie” lines.

DARK DUNGEONS, a film based on the Jack Chick tract(!) is coming – check out Wired’s in-depth report. Here’s a trailer:

And one for the U.K. lie detector-themed horror pic SHAME THE DEVIL: