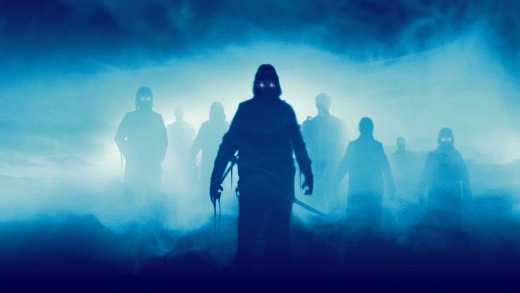 Shout Factory has announced the special features for their release of JOHN CARPENTER’S THE FOG and as expected, this has some great material in addition to retaining the features that were released on the MGM Blu-ray. THE INCREDIBLE MELTING MAN is bring released on the same day but it sounds like those features are still being worked out. Kind of crazy these titles are being released on the same day. Sandy King Carpenter worked on INCREDIBLE MELTING MAN before marrying Carpenter in 1990 (he was married to THE FOG star Adrienne Barbeau previously). Here’s the release from Shout with all the details.

SCREAM FACTORY™ PRESENTS
A Film by John Carpenter
THE FOG 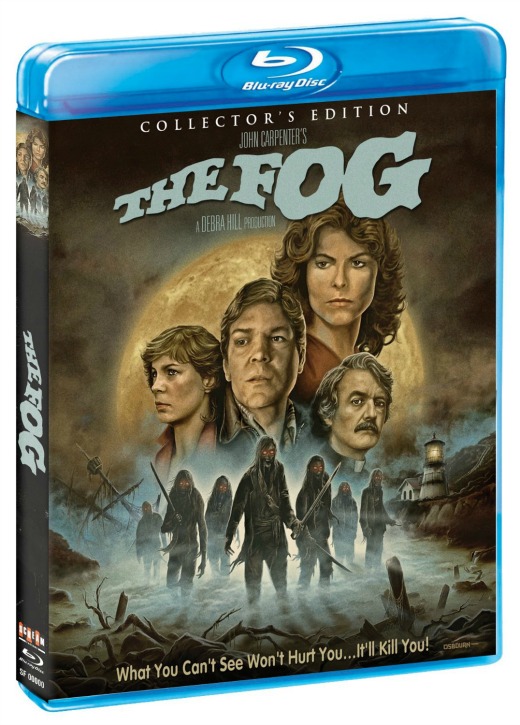 ROLLING IN AND OOZING EVERYWHERE
ON JULY 30, 2013 FROM SHOUT! FACTORY

This summer, blood-curdling terror awaits loyal fans and movie collectors as SCREAM FACTORY™ is proud to present the iconic 1980 supernatural thriller THE FOG Collector’s Edition Blu-ray™ and DVD on July 30, 2013. Directed by legendary filmmaker John Carpenter (Halloween, The Thing), this spooky and atmospheric tale of a Northern California coastal town under siege by dead souls back for revenge is highly regarded by both fans and critics as one of the true classics of the horror genre. Boasting an all-star cast that includes Adrienne Barbeau (Creepshow), Jamie Lee Curtis (True Lies), Janet Leigh (Psycho), Tom Atkins (Halloween III), John Houseman (The Paper Chase), and Hal Holbrook (Lincoln), THE FOG is a nail-biting ghost story experience that you will never forget!

For the first time on Blu-ray, this definitive collector’s edition home entertainment release of THE FOG features a new transfer of the film supervised by Oscar®-nominated cinematographer Dean Cundey (Jurassic Park, Back to the Future). Presented in anamorphic widescreen, THE FOG Collector’s Edition is packed with bonus content, a collectible cover featuring newly rendered retro-style artwork and a reversible wrap with original theatrical key art! THE FOG Collector’s Edition Blu-ray has a suggested retail price of $29.93 and $19.93 for the DVD.

***Avid fans and collectors please take note: those who order THE FOG Collector’s Edition from ScreamfactoryDVD.com will receive the exclusive 18”x24” poster featuring the newly commissioned artwork! Only 500 posters will be printed, so these are only available while supplies last.***

THE FOG Collector’s Edition Blu-ray™ and DVD
A weather beaten old fisherman tells an ancient tale of betrayal and death to fascinated children as they huddle together by their campfire. As a piece of driftwood in a child’s hands glows with spectral light an eerie fog envelops the bay and from it’s midst emerge dripping demonic victims of a century old shipwreck… seeking revenge.

Extras from the MGM prior release include:
· Tales From The Mist: Inside The Fog Featurette

· Fear On Film: Inside The Fog Featurette

· The Fog: Storyboard To Film Featurette 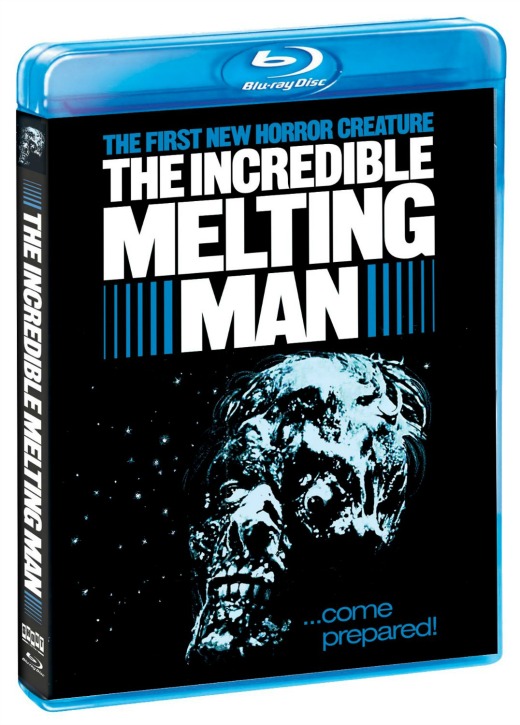 THE INCREDIBLE MELTING MAN Blu-ray™
SYNOPSIS:
He was once the hero… now he’s the hunted!
Colonel Steve West has just returned from an incredible history-making flight to Saturn when he is hospitalized with an ailment that baffles the entire medical community. His flesh is melting and to stay alive he must consume human flesh and blood. The infected Colonel West escapes from the doctors’ supervision and hides in the surrounding community where he begins to hunt for human flesh. Who can stop the Incredible Melting Man?

THE INCREDIBLE MELTING MAN Special Features
• Special note – Bonus Features for this Blu-ray are in development and a final list will be announced at a later date.