Creeping on the balance of its dark and eerie atmosphere, 1978′ HALLOWEEN is a landmark for many reasons. Besides being one of the first horror movies, where a female character is pitted as the heroine who edges out against a heartless/supernatural killing entity, it brought forth the blueprint for many horror films to arrive later. 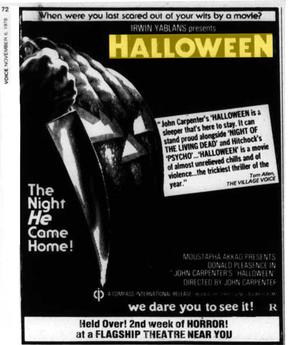 It’s finesse born out of natural storytelling rather than a complicated plot. Simple footage rather than state of the art cinematography . Though, with these minute techniques, the director was able to manipulate the story and accomplish a lot more. Ergo, the seemingly harmless walk home, although Laurie’s intuition feels that something is watching her, following her, even. The music score peaks its way in as she continues to glide home. Thereby, enhancing the danger and fear that the audience is already inhibiting for Laurie and themselves. Don’t forget, the creepy presence of Michael as his helpless victims go on with their day not knowing that the devil incarnate resides standing outside their window or kitchen patio. Waiting and breathing with ever-glee to murder. The camera aids the killers P.O.V. by following and panning up and looking in an upward motion toward a house. Trailing the killer’s eyes as he scans a sidewalk scattered with children running to collect candy. Simultaneously, the soulless monster rapidly breathes like a hunter observing his prey. 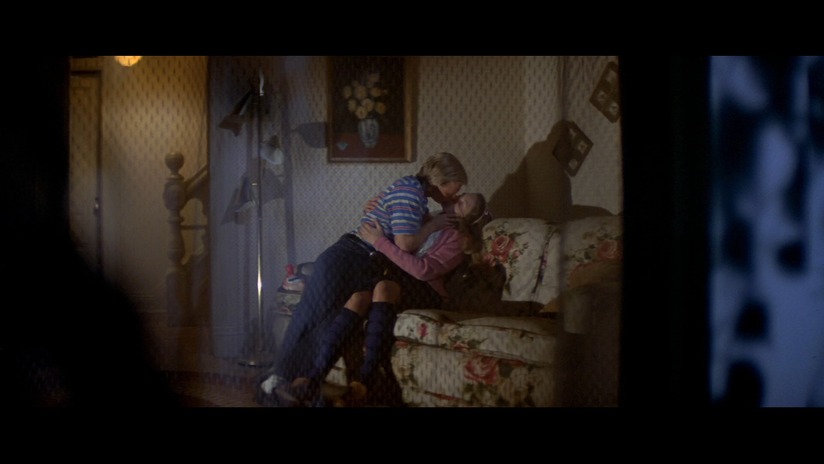 The key ingredient to why and how HALLOWEEN is frightening and continues to resonate with younger audiences is because it’s practical. Simplicity is the film’s greatest asset. So simple and common for everyday people. Who can’t suddenly walk home alone or babysit on a Halloween night or any night? These everyday occurrences intensify the audience members feeling like this very nightmare could find its way into their life! An insidious alternate world encased in the ritualistic American tradition.