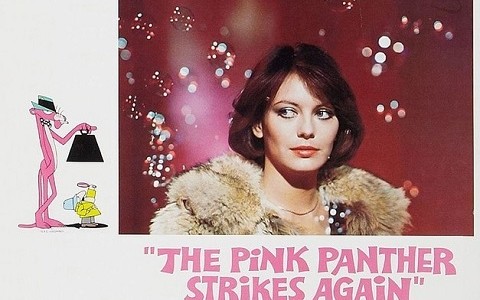 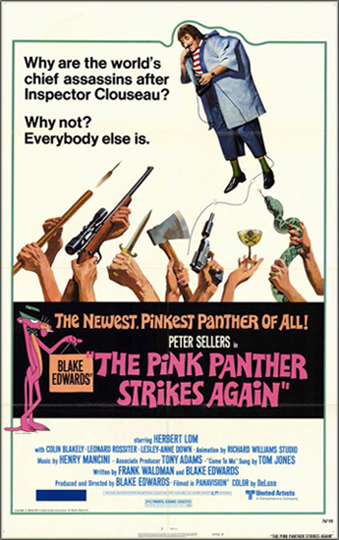 Since the early days of cinema, slapstick rivalries have been generating grand entertainment for audiences looking for a good head bonk or two. From Tom & Jerry to The Three Stooges, comic teams that lean towards the more violent side of interaction with one another can produce monster laughs through a well-staged comedic battle. 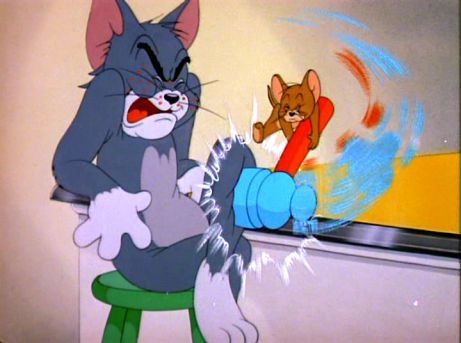 In 1976, director Blake Edwards once again put Inspector Jacques Closeau (Peter Sellers) through his bumbling paces in the manic THE PINK PANTHER STRIKES AGAIN. By now, audiences were well aware of the comic mayhem to be expected in a PANTHER film (this was the fifth film in the series and the fourth to be directed by Edwards and star Sellers) and fully expected the violent gags and destruction scenes the series had been throwing at them since it began in 1964.

Closeau’s battles with his manservant Cato Fong (Burt Kwouk) had always been a comic highlight of the series and in this 1976 production , the filmmakers take their battle to new dizzying heights as they arm the contestants with martial arts weapons. Just as Edwards did in the previous 1975 entry, RETURN OF THE PINK PANTHER, slow-motion gags and slowed-down sound effects punctuate the frenzied action. 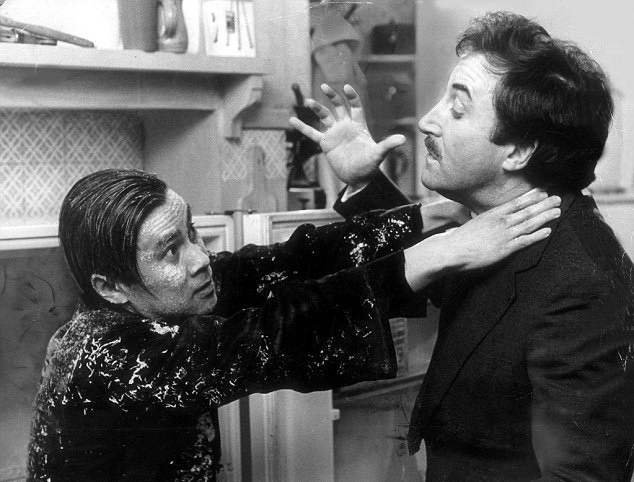 This scene, and the film in its entirety, hold a special place in my heart. This was my first belly-laugh experience in a theater when I caught the flick with my dad at the Aloha Theater in Portland, Oregon back in the late 1970s. Hit play, and rest assured your own belly will be getting a work-out as well.