2019 could be a comeback year for one of the most uneven trends in cinema history: movies based on songs. Paul Feig’s LAST CHRISTMAS was inspired by the WHAM! song that’s become a holiday staple. Meanwhile on Netflix, there’s Heartstrings, an anthology series where each entry is based on a different Dolly Parton song. (“It’s like CREEPSHOW, but with Jolene!”) In honor of this unusual return to form, we’re rounded up someof the highs and lows of song-to-film adaptations. (You can decide which is which.) 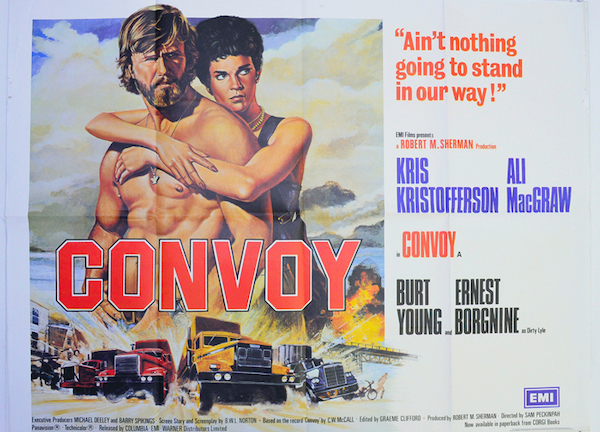 When the 1981 season of Saturday Night Live needed help, they drafted the show’s first Head Writer, Michael O’Donoghue (a.k.a. Mr. Mike) That year is remembered for Eddie Murphy characters, but one of O’Donoghue’s finest contributions was a song-sketch where Christine Ebersole (the mom from MAC & ME) belted out a heartbreaking tune called “Single Women.” The following year Dolly Parton covered the song and it became a hit billboard chart. In 1984, the song was adapted into a TV Movie starring Shelly Hack, Tony Danza and Jean Smart.

In 1985, Barry Manilow starred in a TV movie inspired by his hit single. But why would anyone need to see that version when it was perfectly dramatized by Liza Minelli and the Muppets?

At 1 hour and 51 minutes, the movie version of “Alice’s Restaurant” is almost as long as the song.

Director Sam Peckinpah created a new kind of cinematic violence with films like THE WILD BUNCH, STRAW DOGS, and BRING ME THE HEAD OF ALFREDO GARCIA. But those were just stepping stones towards a trucksploitation film based on a novelty song about the C.B. craze.  And it was Peckinpah’s biggest hit. The all-star cast includes Ernest Borgnine, Kris Kristofferson, Burt Young, and Ali McGraw’s perm.

Sean Penn’s directorial debut is adapted from Bruce Springsteen’s “Highway Patrolman”. The film capturers the bleak mood of the Nebraska album, thanks to lead performances by Viggo Mortensen and David Morse as the Roberts brothers. But a mustache-free Charles Bronson steals the show as the brothers’depressed dad. 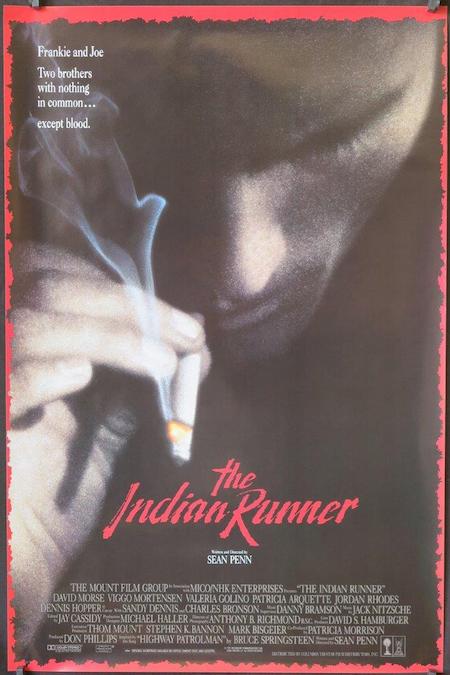 Before Dr. Horrible and before Doogie Howser, Neil Patrick Harris starred in a 1988 movie of the 1958 novelty song. The all-star cast includes Chubby Checker, Little Richard, Shelley Winters, Ned Beatty and a pre-“Screech” Dustin Diamond. Plus, Thora Birch, making her feature film debut. Playing the titular people eater is one of the dancers from Michael Jackson’s “Thriller” video.

Another novelty track made into a movie (and the second film influenced by a Springsteen song.) Cheech & Chong’s 1985 single tells the story of Cheech being mistaken for an illegal immigrant. Today it might play like a political protest song. The film version is writer-director-star Cheech Marin’s first solo outing, after six feature comedies with Tommy Chong. Sadly, despite Elvira’s cameo in the music video, she doesn’t appear in the film.

Another Dolly Parton joint, this one’s remembered as a country-western take on MY FAIR LADY, but the opening credits site Glenn Campbell’s “Rhinestone Cowboy” as the source material. Campbell’s hit song is barely heard in the film, but we do get Sylvester Stallone singing “Drinkenstein.”

THE NIGHT THE LIGHTS WENT OUT IN GEORGIA

Have you ever wanted to see Kristy McNichol, Dennis Quaid, and Mark Hamill team up in a Hicksploitation movie? Then here’s the picture for you! The film has little in common with the story-song it’s based on. The 1972murder ballad was first recorded by an unlikely candidate: Vicki Lawrence, who was a regular on The Carol Burnett Show. Her husband had written the song, and the couple was shocked when it went to number one on the Billboard 100. Despite the movie’s uneven reviews, the song was covered by Reba McEntire in the early ‘90s.

TAKE THIS JOB AND SHOVE IT

Johnny Paycheck’s angry anthem has been covered by everyone from Willie Nelson to the Dead Kennedys, and it was even made into an ‘80s comedy. The film stars Barbara Hershey, and Robert Hays – but the breakout star was BIGFOOT, the monster truck. This was the first film to feature monster trucks!Bonus movie connection: Biz Markie’s re-mix of the song is played over the closing credits of OFFICE SPACE, peppered with dialogue from Bill Lumbergh.

Like Elvis Presley, Roy Orbison, and Dean Martin before him, country singer Kenny Rogers starred in his very own Western. And it’s based on one of Rogers’ best-loved songs. He plays the titular gamblin’ man who knows when to hold ‘em and when to fold ‘em. The 1980 telefilm was so popular it spawned four sequels over the next 14 years.

Bobby “Boris” Pickett’s 1962 Halloween novelty song came back to life in 1995 as a low-budget musical by Joel Cohen. (Not, not that Joel Coen!) It’s Rocky Horror Lite, when apair  of young  lovers find themselves spending the night at a spooky castle with Dr. Frankenstein and some classic monsters. Read Daily Grindhouse’s in-depth review of this would-be cult comedy.

Bobbie Gentry’s sad song is brought to the big screen, starring two staples of sensitive ‘70s melodrama – Robbie Benson (Ice Castles) and Glynnis O’Connor (The Boy in the Plastic Bubble),  with a screenplay by Herman Raucher (Summer of ’42.) The song contained intentional ambiguity about why Billy Joe killed himself. The film’s trailer advertised that audiences will finally learn the shocking secret. (Spoiler for a 43-year-old movie: It involved a homosexual tryst.)

DOLLY PARTON’S COAT OF MANY COLORS ANOTHER

ANOTHER Dolly Parton movie? Yes, and it comes from Dolly’s favorite song she’s ever written. This may be the greatest coat-based story since JOSEPH & THE AMAZING TECHNICOLOR DREAMCOAT, or at least THE WONDERFUL ICE CREAM SUIT.

The Beatles were so disinterested in this feature-length cartoon that they didn’t bother to record their own voices. Once they saw the stunning animation, the bandfound a way to appear in the film. (If the performance of “All Together Now” seems tacked-on, that’s because it was.) The band had planned a sequel titled STRAWBERRY FIELDS FOREVER, which would have been the first all computer-animated movie. 10 minutes of test footage was produced, though it’s never been released. Instead, we got this version from the Fab Four’s Saturday morning cartoon.