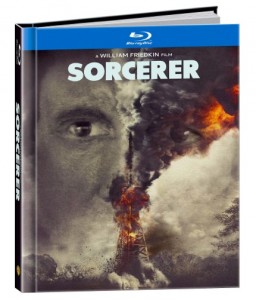 William Friedkin’s 1977 SORCERER is one of those mythical films that many have heard of though few have seen in anywhere near a proper state. Buried under an avalanche of propaganda for George Lucas’ space epic released a month prior, the film suffered as much from its lack of laser guns and planetary explosions as it did from its dearth of demonic imagery. Following up THE EXORCIST with the spookily titled SORCERER, a film about four gritty, dirty men driving trucks in South America, helped push the film below the radar of what Friedkin, Paramount and Universal were expecting.

Poorly framed VHS copies were the sole source of the film for some time, along with an equally unflattering DVD release. After many years of legal hot potato, Friedkin forced the issue to determine rights ownership by suing Paramount and Universal, the studios involved with the film’s release, merely for the purposes of disclosure. Splitting the rights to the film up into various releasing areas (theatrical, home video, and television), SORCERER can now hold its head much higher thanks to a brand-new director-supervised DCP of the film for theatrical presentation, and the Blu-ray book version released by Warner Bros., matching its packaging for THE EXORCIST. While barer than bare, as the film-only Blu-ray has nary a trailer to complement the film, Warner has created a deluxe book packaging stuffed with stills and notes on the film from Friedkin’s autobiography “The Friedkin Connection.” The image is a bit amped from the gloriously presented 35mm presentation that recently graced a few arthouse venues, with overspiked reds and greens taking away a bit from the born-in-dirt reality base of the original look of the film, but man, William Friedkin’s SORCERER is finally here!

And while a commentary would’ve been devoured by fans of the man’s work, we must be thankful that Here it is! SORCERER! Finally in its proper aspect ratio, and while a bit too bright in its transfer, the film is here. And a stunner it is. 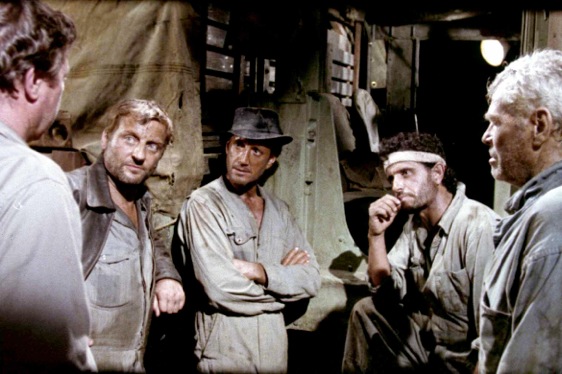 Friedkin based SORCERER on the same source material that Henri-Georges Clouzot used for his heralded 1953 film WAGES OF FEAR. The films are different enough in their approaches and handling of the subject matter that the term ‘remake’ doesn’t feel proper here. Clouzot’s black and white epic telling is grand on its own, while Friedkin’s take uses his own training in documentary-style suspense to create a tight-knuckled seat-edge tale.

From Veracruz to Jerusalem to Paris to New Jersey, the film sets up the back stories for why these four men eventually meet in the South American village of Porvenir. Francisco Rabal’s character of Nilo calmly shoots a man in Veracruz; the singularly named actor Amidou portrays the similarly singular Kassem, part of a band of Arab terrorists and the sole member of his party to escape; the gifted French actor Bruno Cremer assumes the role of Victor Manzon, a man used to wealth who is caught in fraud and must run when his partner blows his head off in a car; and Roy Scheider as Irish gangster Jackie Scanlon, escaping a car wreck after a hit on a Mafia-run church. All four men find themselves in the extremely impoverished Porvenir performing menial labor tasks just to make it to the next sip of whiskey at the local bar. Hope isn’t even an option. Until…

A massive fire erupts at an oil well 200 miles away. The only solution is to transport several cases of poorly stored dynamite to blow out the well. Since vibrations will set off the explosive compound the material can’t be transported by helicopter, and the company hires four men to carry the dynamite by truck. One of the men is killed by the assassin Nilo, who replaces him for the job. And the journey begins… 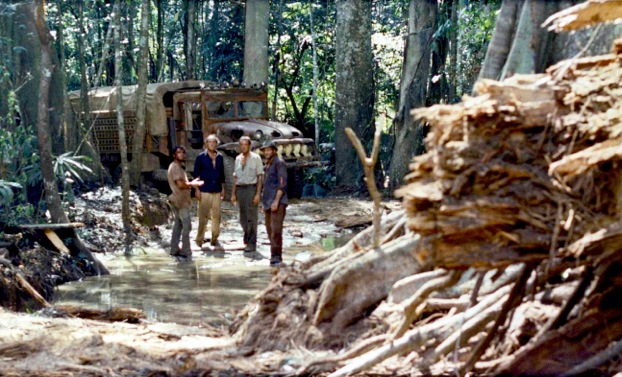 Friedkin has already set up each of the four men in tense situations. We’re already tuned to follow these stories, although all four are ‘bad men.’ Bruno Cremer is the least unlikeable of the bunch. He just made poor investments. The other four have committed murder. Yet, we want them all to survive. The bumpy ‘roads’ of the jungle feel like they’ll set the dynamite off at any moment. By the time the first truck arrives at the derelict bridge, boards missing, only ropes holding up the threadbare passage, the impossible must be made possible. In a searing wind-blasted torrent of rain the first truck starts its crossing, guided by the second man. It’s an extraordinary sequence, presented twice as the second truck comes through. Well-documented in Friedkin’s autobiography, it was one of the hardest sequences he’s ever shot. The movie gods, Friedkin’s term, were not smiling on SORCERER’s production.

The relationships between the men fluctuate as each new obstacle sets up new barriers, and crosses new boundaries. Friedkin’s strong hand yet delicate touch is like a zen lesson in action films. A massive tree, larger than any of the trucks, blocks the road. The procedural method of disinterring the tree from its road-nestled tomb is a slow yet tense series of maneuvers, simple, yet each movement is like a nearly set-off bomb. Running through jungles without music enhances the reality of the situation. 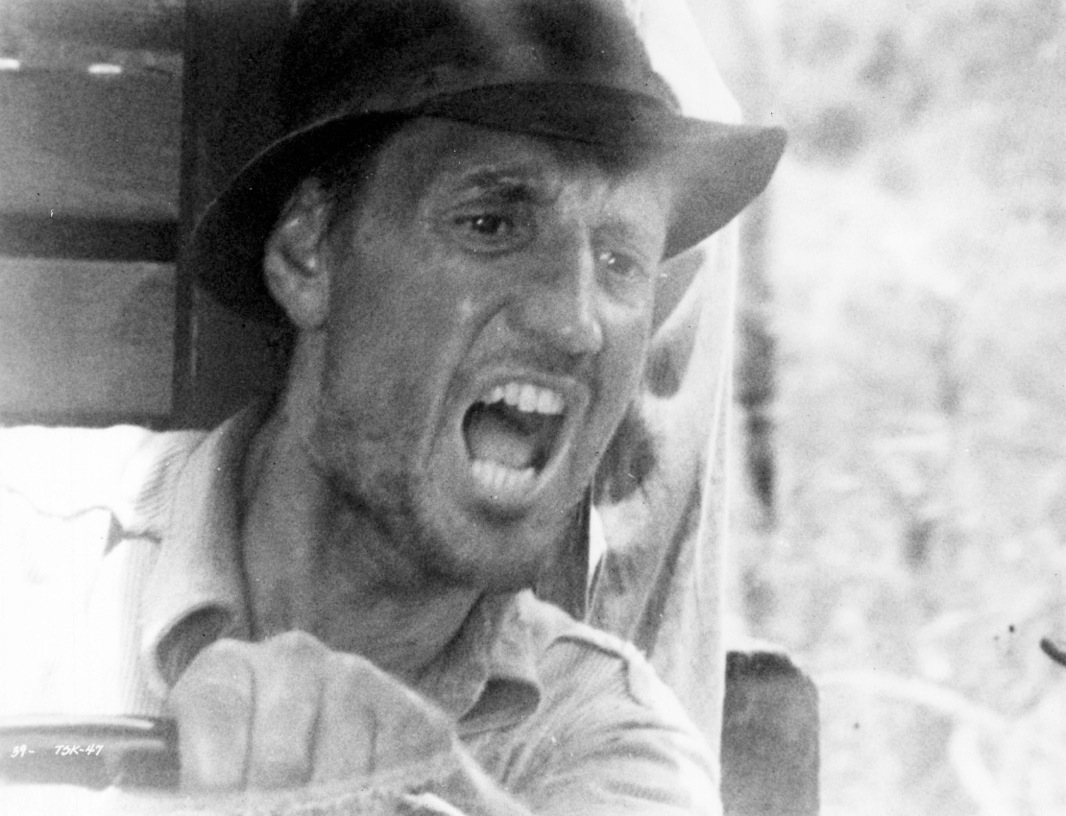 And the music! Lovingly dappled through the film, Tangerine Dream’s introduction to American audiences is marked with their subtle power. Splashed in rising chunks amidst the scenarios, the music elevates the dirt and leaves without burying the performances of director, cast, or the jungle itself. At some times irritative enough to jangle the senses, other times to drive the story, Friedkin’s selection of soundtrack artist here further fills his massive paintbox during this expression of his talents.

Bleak and dark, Friedkin’s fortes, SORCERER encapsulates Friedkin’s filmmaking tools at a peak of his powers in the 1970s. Although he would continue to plumb man’s depths in CRUSING, TO LIVE AND DIE IN L.A., RAMPAGE and more, SORCERER is a filmmaker reaching for a higher height and finding it, with a top plateau wave as unstable as the nitroglycerin his characters’ trucks are carrying. In a word: explosive.

Shade Rupe is the author of Dark Stars Rising and the producer and co-director of the recording of Teller’s (of Penn & Teller) live spookshow Play Dead. His cover story interview with William Friedkin for Fangoria #329 is nominated for a 2013 Rondo Award.