I love genre cinema. I will always have a soft spot for horror, action, sci-fi, and all the subgenres that exist inside those larger categories. What I have never felt any real connection to are those films that exist in the realm of pure sleaze. You know the ones: the films from the ’70s and ’80s, filled with ugly violence and sex that is the opposite of titillating, usually shot on cheap film stock with semi-amateur casts. But knowing these films have a large following and several companies devoted to restoring them makes me wonder what I am missing. With that in mind, I am going to do a deep dive into the world of sleazy exploitation. This is My Exploitation Education. This week’s entry is SORORITY HOUSE MASSACRE. 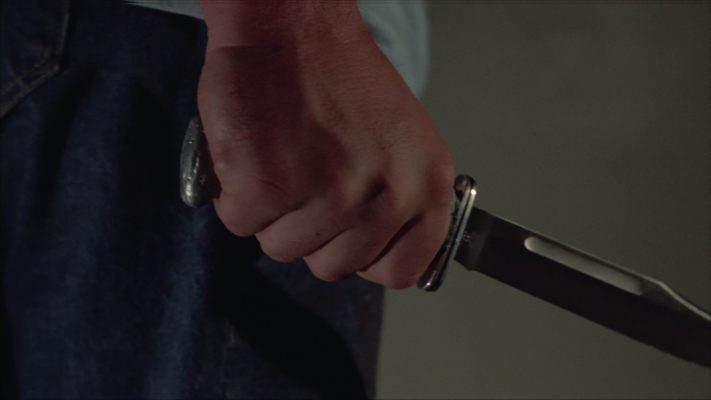 After I finished watching SORORITY HOUSE MASSACRE, I had trouble believing the film only ran 74 minutes. For such a basic, straight-forward slasher flick, there is a hell of a lot of wheel-spinning before writer/director Carol Frank finally gets around to paying off the standard “escaped mental patient terrorizes and kills college kids” plot.

After the aunt who raised her dies, Beth (Angela O’Neill) decides to stay with her friend Linda (Wendy Martel) at her sorority house over Memorial Day weekend. Since most of the residents of the house will be gone for the holiday, Linda reasons, Beth would have some space to herself, but also the company of the few students staying behind. But as soon as she enters the house, Beth starts having nightmares about three creepy little girls, blood dripping from the ceiling, and a young man holding a knife. 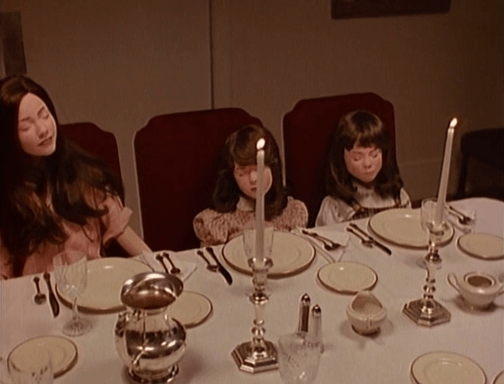 At the same time, Bobby (John C. Russell), a patient at a hospital for the criminally insane, is having the same nightmares. Despite Bobby normally being catatonic, his doctor (Gillian Frank) brushes off his sudden lively, agitated behavior. Of course Bobby then kills one of the orderlies and makes a far too easy escape from the hospital, bound for the sorority where Beth and a handful of other stock characters are telling ghost stories about the massacre of the family that used to own the house.

SORORITY HOUSE MASSACRE is mostly clunky, dull, and unoriginal, but I cannot deny that there is something slightly refreshing about the third act when Bobby is fully into his assault on the sorority house. What is interesting about this segment (despite the lack of suspense) is that the characters who are under siege behave in ways that are believable. They don’t stop to have teary breakdowns because they saw someone else killed or because they had a near miss; they slam the door shut and shove a dresser in front of it to give themselves a breather as they figure out their next step. Sure, not many of their plans work out as they hope, but at least they are trying to use their brains to figure a way out of the situation instead of screaming, crying, and staying frozen in place while the killer takes forever to bash through a door. 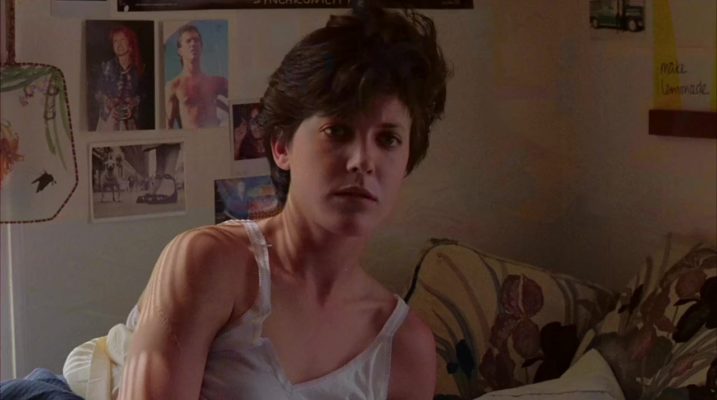 But that is about all I have nice to say about the movie.

The first fifty minutes of SORORITY HOUSE MASSACRE has more padding than a pillow-top mattress. Long scenes of students walking to class, a montage of the sorority sisters trying on outfits (to satisfy the nudity requirement of a slasher flick set in a sorority house), slow motion dream sequences, and an awkward group date stretch out the run time to barely feature length but add nothing of importance to the characters or the plot. 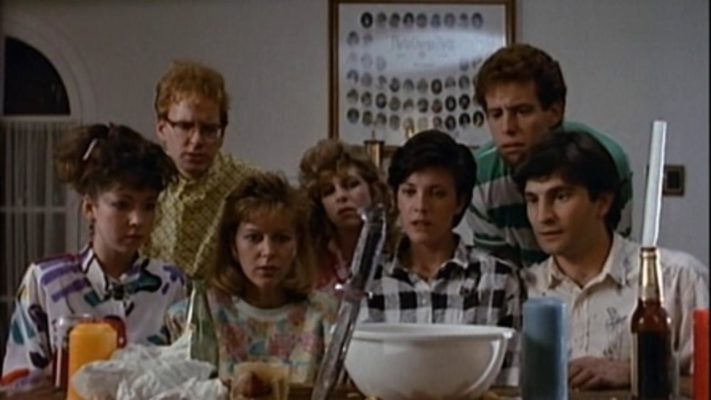 Frank’s direction, while effective in the third act is utilitarian at best, meandering at worst up to that point. She relies far too much on POV camera work (even when not using it for the standard stalking killer shots) followed by characters staring directly into the camera to respond to whichever character is represented by the POV. The filler material that makes up so much of the first two acts features stilted performances (though, to be fair, the script does no favors to any of the actors) and strange attempts at visual gags as four or five people do the same movements in unison. Frank also tries to draw out the mystery of what the psychic connection is between Beth and Bobby for far too long after is has been made abundantly clear what is happening.

How much you enjoy SORORITY HOUSE MASSACRE depends on how much you feel an above average, slightly extended slasher sequence to end the film makes up for a very long stretch of not much happening for nearly an hour to start it. To me, the slasher section just was not worth the dreadfully dull price of admission. 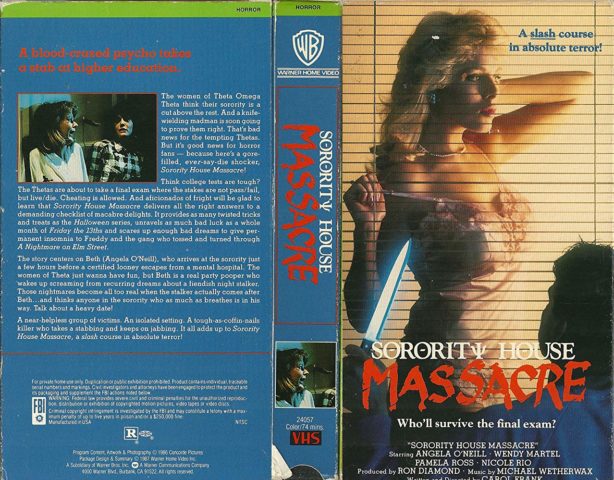