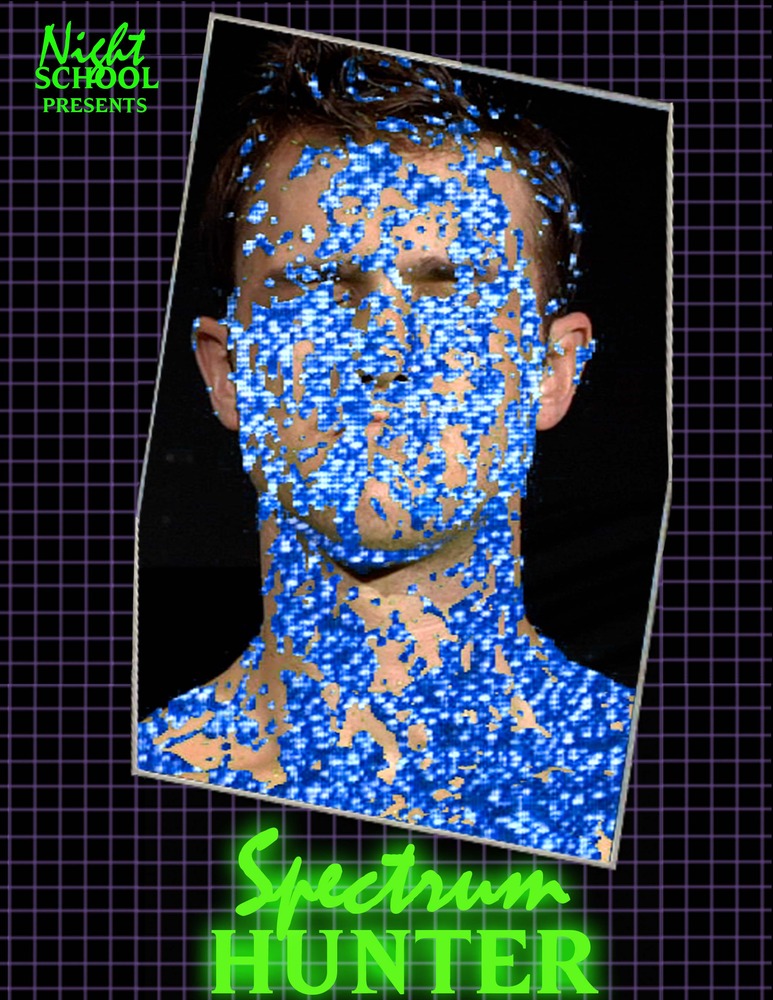 The early 90’s marked a turning point in youth culture. The technology that brought electronic entertainment into the home in the 80s was now commonplace in every household and had become a part of how young people interacted with one another. The video rental store, the comic shop, and the arcade were all spheres for exploration and socialization as well as being the birthplaces of countless imagined adventures. The design concepts and aesthetics of the period are now far enough in the past to be ripe for repurposing by artists who found their voice at that crucial time.

Enter Jon Clark and his spectacular short film SPECTRUM HUNTER, a phantasmagoria of menacing pog collections and 8-bit mystery. You can tell right away that Clark didn’t just live through the early 90’s but absorbed it to his very core. He brings in all the elements that fueled his childhood and swirls them together like some deranged nostalgia alchemist. The film is designed to trigger the pleasure center in the brains of the 25-40 demographic but isn’t a calculated attempt to coast along purely on the fond memories of the audience. There is a craftsmenship and level of detail that betrays a true love for the material.

Clark’s design work for VHS boxes and video game cases have been presented at gallery shows recently and the authenticity on display is impressive on a variety of levels.The designs themselves are simple, uncluttered, and tasteful. They also embody design concepts that are outdated both in their approach and in their technological limitations. To make work like this in the modern era requires the ability to unlearn a lot of the developments that have occurred in the past twenty years of graphic design. Clark has unlearned those techniques with undeniable mastery.

SPECTRUM HUNTER is now available for sale and there is even the option of purchasing a special edition which includes an art book showcasing the incredible designs that appear in the film. Supporting this release means supporting true independent art. This is a deeply personal film by an eccentric and passionate individual. We are living in a time when it is harder to find solid work amongst endless options and the potential for artists to see a return on investment is a major obstacle. I can say without reservation that this is a project that deserves your interest and investment. Never forget the dreams of your youth!