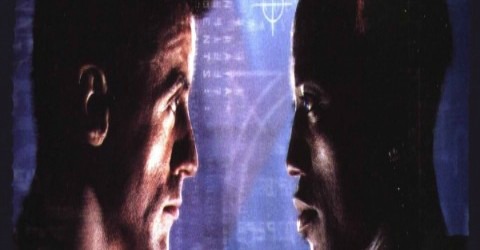 THE EXPENDABLES stopped working from me just after Mickey Rourke’s cameo in the first one and became unwatchable the moment Chuck Norris came onscreen. It’s a collection of “look how old I am” and “look how old he is” jokes with explosions. Obviously, I am in the in the minority because a third film is on the way and Sly wants to add a some new muscle and a new director for the next go around. The muscle? Well, that’s Wesley Snipes who’s been out of the spotlight for a while due to slight case of incarceration. Freshly sprung, he’s ready to join Sly once again for E3. Expect more retro-casting in the future.

As for the director who Sly is courting through Twitter and other channels: 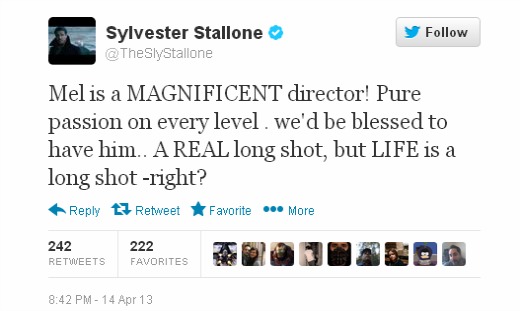 Can Gibson do this? Sure. He makes fascinating films, but I think this is a little beneath his skill set. I know that sounds pompous but he has to date directed some really unique and intense films. Love him or hate him, you can’t deny the obvious talent this guy has behind the camera. If he does take on this task I would expect him to make a cameo at which point I expect him to rope in Danny Glover to utter an “I am too old for this shit” line. I would actually like to see a John Hyams (UNIVERSAL SOLDIER: DAY OF RECKONING) take this and try and build something a little more tough and heavy. Gibson should pass but he may have the taste for this kind of thing after MACHETE KILLS. What do you Bastards think?