It’s so exciting to be a genre film fan in a time where female directors are taking the reigns and bulldozing their way through the swamp of mediocrity in independent horror. Leading the way of this fierce and focused group of women directors is Lou Simon. In her latest movie, 3: AN EYE FOR AN EYE, she takes well-worn horror-movie tropes, turns them on their head, kicks them in their ass, and churns out something completely original and energizing. 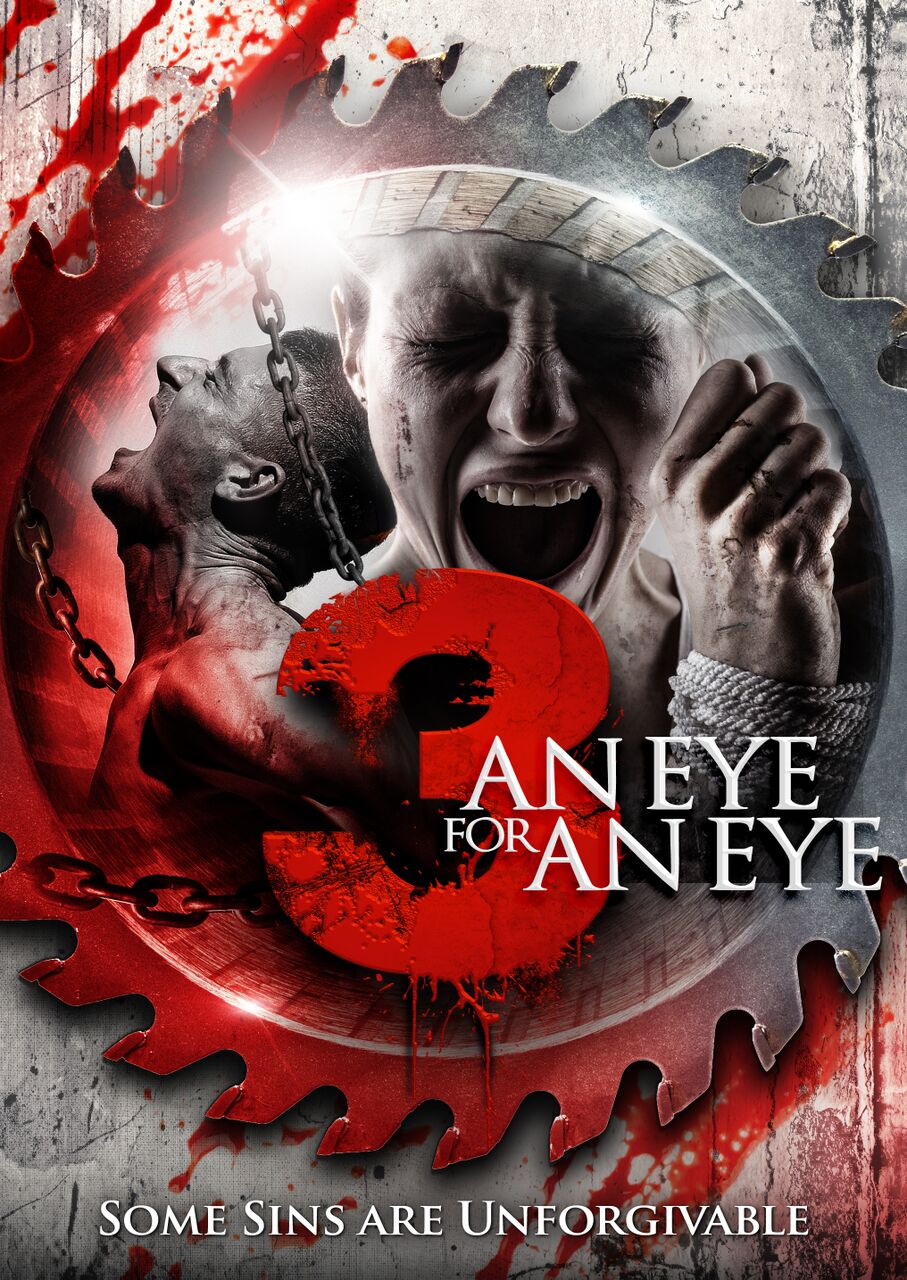 3: AN EYE FOR AN EYE is a simple story of a man, only known by the nomenclature “He” (Todd Bruno) and a woman only known as “She” (Aniela McGuinness) who kidnap the man that raped She. What starts out as the two of them merely wanting to get a confession out of “It” (Mike Stanley) — they refer to the rapist as “It” in order to not see him as human and therefore to make it easier to do what they have to — quickly turns into a downward spiral of torture and a psychotic breakdown. But on whose part? 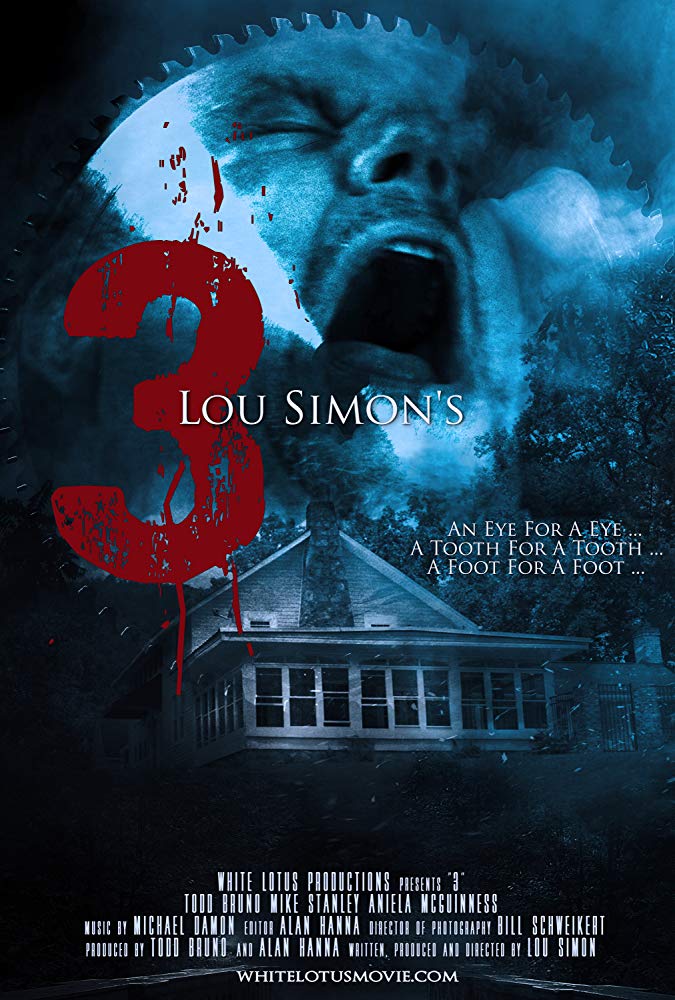 The opening of 3: AN EYE FOR AN EYE is a classic set-up of some poor sap — in this case “It” — lost in the woods. This schmuck’s car gets stuck behind a truck blocking the road. The truck is left running, and of course you know the smartest possible thing to do on a dark deserted road when you’re all by yourself is to get into someone else’s vehicle and try to move it, right!?!?! This is the point when “It” gets drugged and kidnapped. “It” looks like the archetype of a suburban douchebag, about to get what he deserves. Soon “It” winds up in a dirty dark basement, right where he belongs. 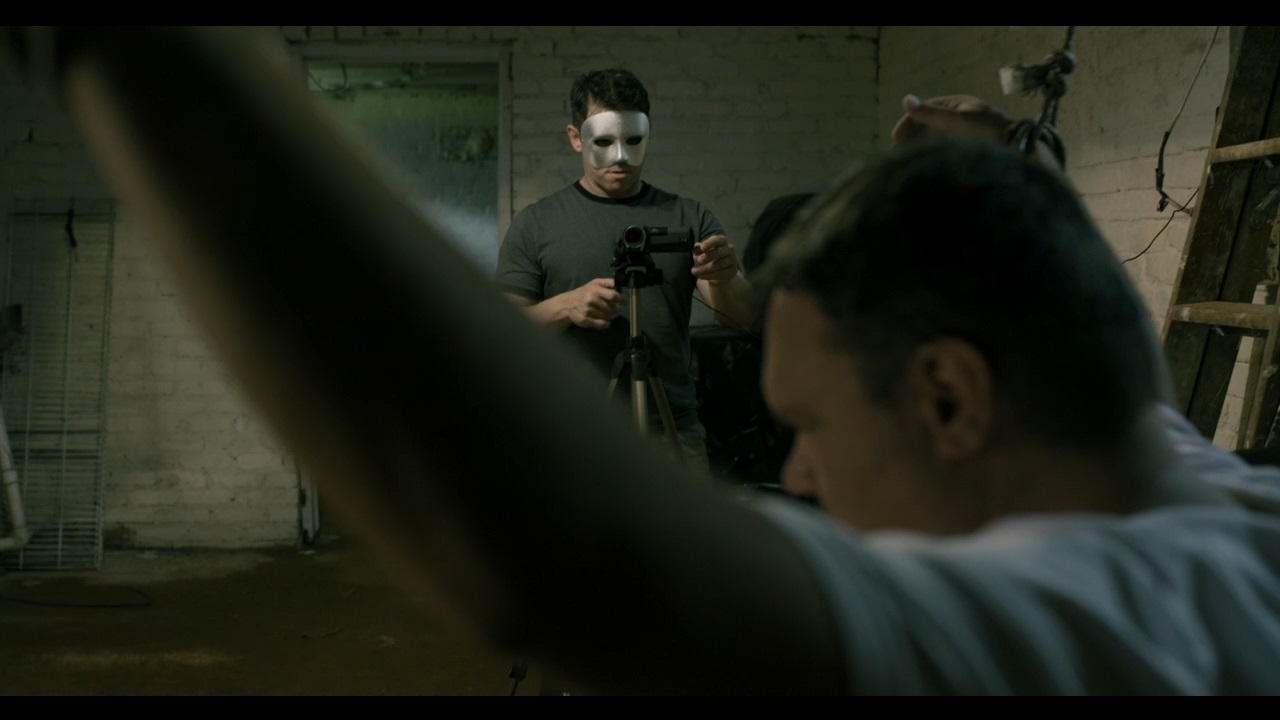 It doesn’t take too long for the audience to discover that 3: AN EYE FOR AN EYE is a rape/revenge film, but thankfully we don’t have to witness any sort of explicit rape scenes. I generally find rape/revenge films disgusting. I hate the rape part, though I love the revenge part. It really brought me joy that I didn’t have to endure another graphic scene of sexual assault. We see very little of the rape in flashbacks, but what we do see is disturbing enough. 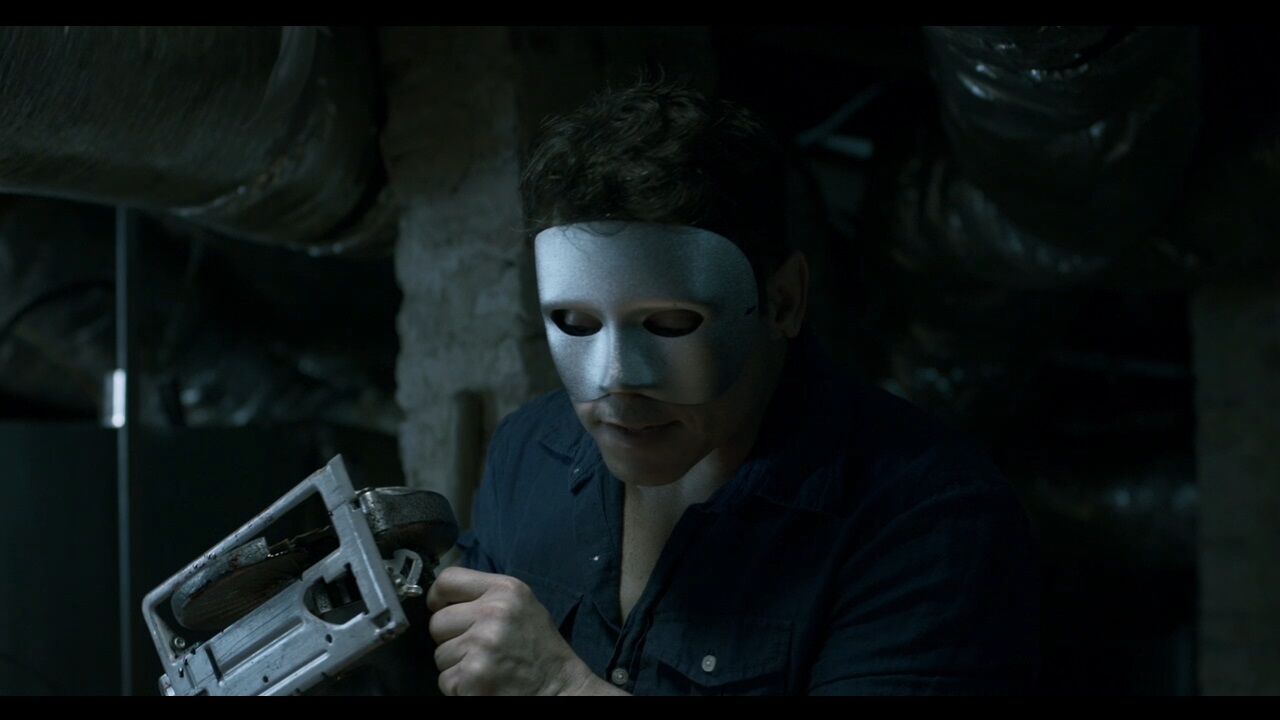 The character of “He” is one I’ve seen before, but there is something here that still feels fresh and authentic. “He” is a mentally unstable war vet who suffers from PTSD, who has anger issues, and who erupts in violent outbursts. I truly appreciate that he will do whatever it takes to track down She’s rapist, and he isn’t afraid to use the force necessary to extract a confession. While questioning and torturing It, He wears a simple silver Zorro mask. It ain’t fancy, but it’s effective. I really thought that all the whole cast did a top-notch job with their characters, and with a movie with a cast of only five actors, strong performances are essential to make a great film. These actors certainly pulled it off. 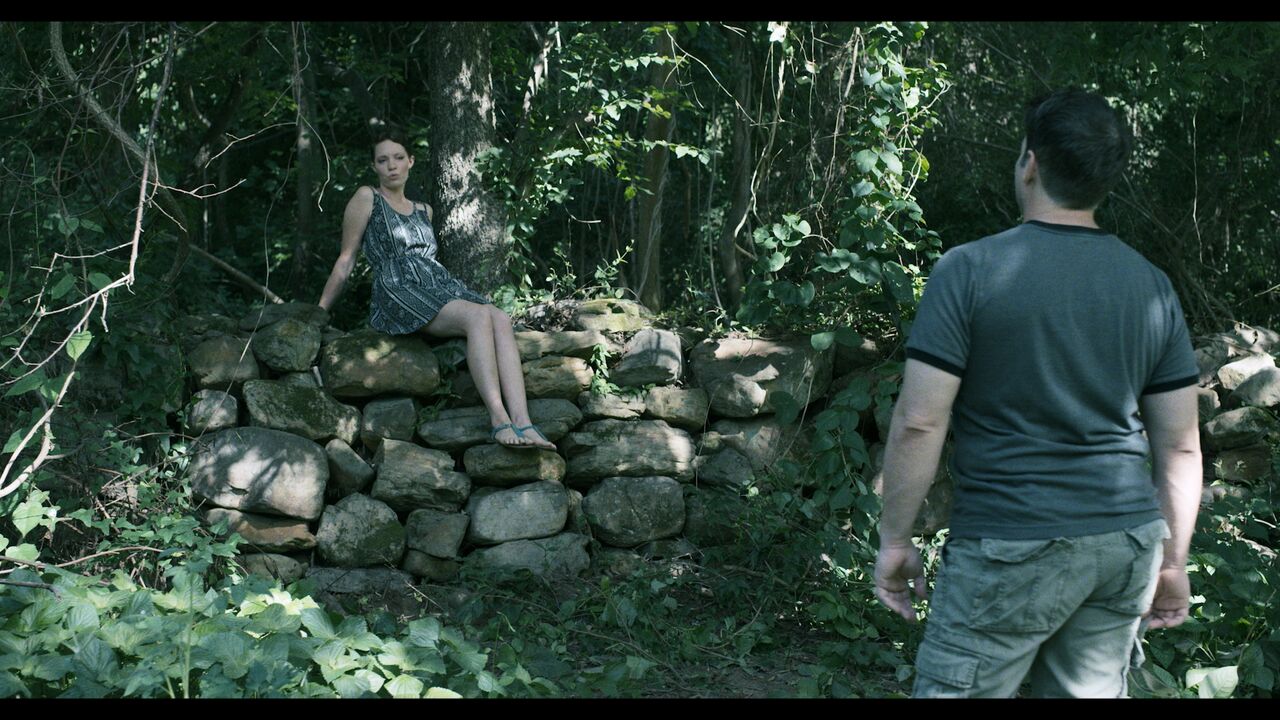 My only complaint, and it’s a small one, is that it takes some time before there is any on-screen action. 3: AN EYE FOR AN EYE is a slow burn. The movie goes on for 24 minutes before the slightest bit of torture, at which time it is quite brief. Then it starts back up a little over a half hour into the film. This guy is a rapist, and I want to see him get tortured. When you do a torture movie, you gotta do it big. More blood and more gore, please. Cutting off the asshole’s foot is a good start, but I needed more. 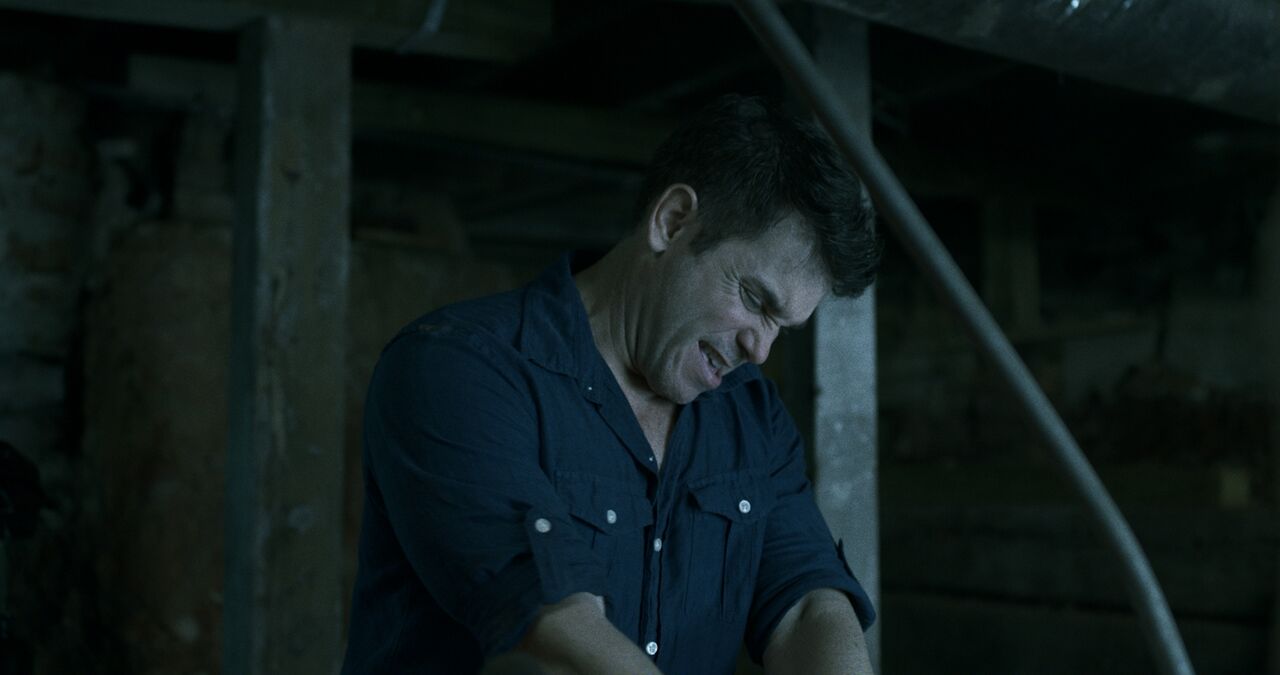 For the most part, 3: AN EYE FOR AN EYE has a common story arc. It reminded me quite a bit of the 2010 film THE TORTURED. What sets 3: AN EYE FOR AN EYE apart is the masterful use of a small budget. Limiting their location to mostly to one house, and more specifically its basement, gives 3: AN EYE FOR AN EYE an intense claustrophobic feeling. That and the dramatic cat-and-mouse relentlessness between “He” and “It” kept me at the edge of my seat. 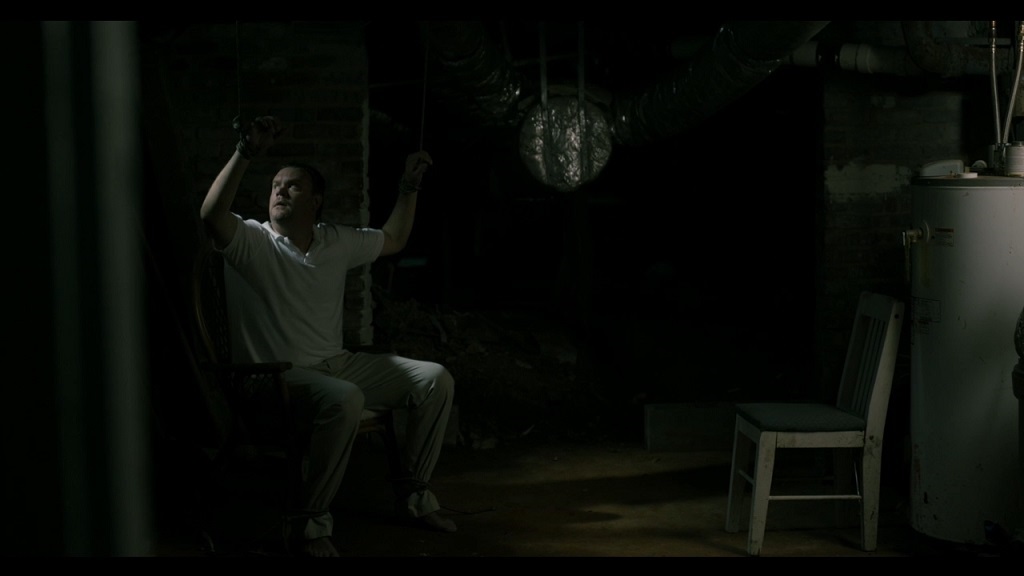 Throughout 3: AN EYE FOR AN EYE, I couldn’t understand why “She” didn’t want to see “It” tortured and killed, but the recurring fact that “She” and “He” are suffering from mental illness kept me trying to figure out what was really going on in this movie. 3: AN EYE FOR AN EYE is a psychological thriller that made me think, and I liked that. 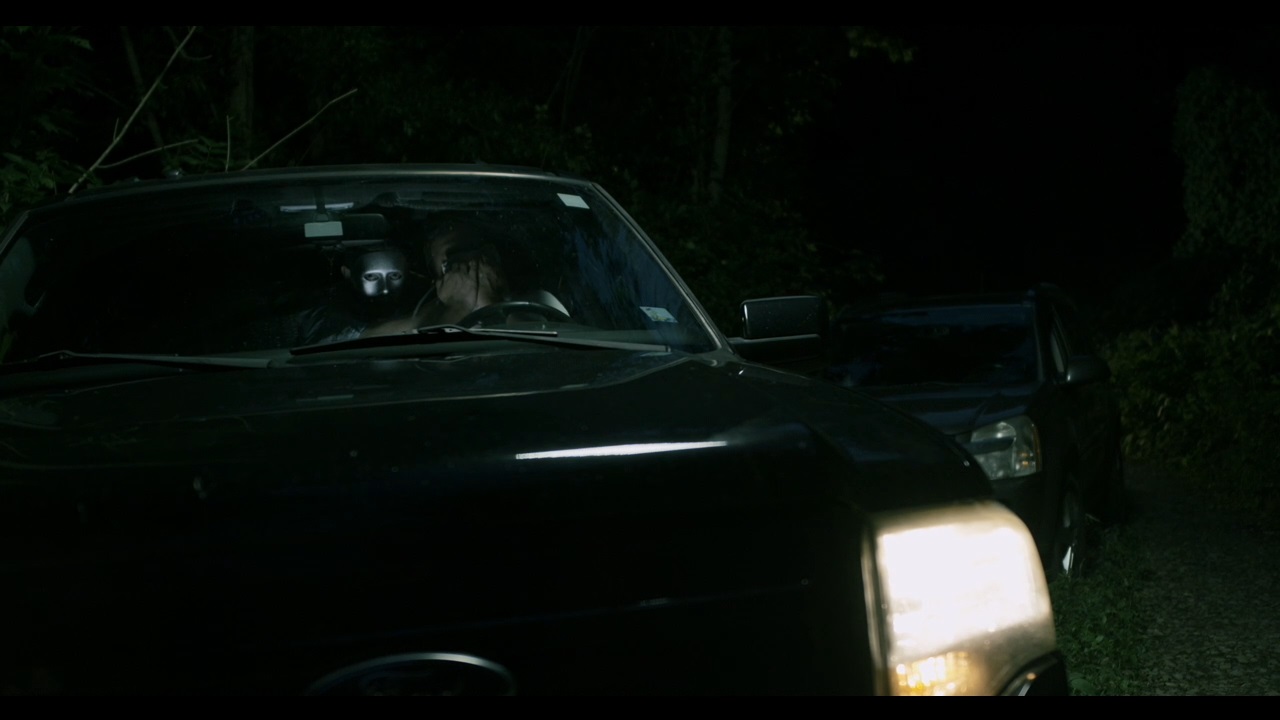 The climax of 3: AN EYE FOR AN EYE has a twist on top of a twist that truly elevates the film. As a seasoned cinema fan, I feel a bit silly that I didn’t see this coming a mile away. Once again, I have to say bravo to director Lou Simon for twisting a rape/revenge film so effectively and putting her own unique spin on it. Spoiler Warning: I also have to say that any movie with a severed penis scene is aces in my books.

3: AN EYE FOR AN EYE will be premiering August 7th on VOD from Uncork’d Entertainment. 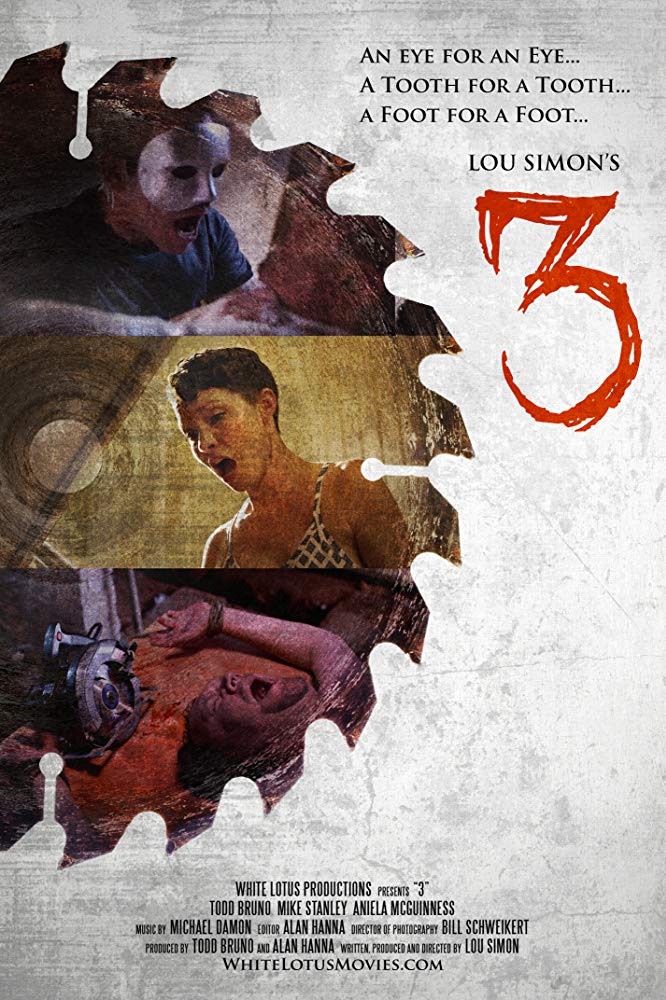