A wild night out on the town is a movie premise that is as nearly old as films themselves. More often than not, these movies are comedies, or at least comedy-adjacent. The best way to keep a tired movie trope from feeling stale is to tweak it until it becomes something different. I love the sort of cinema that subverts traditional storylines and makes them feel new again. 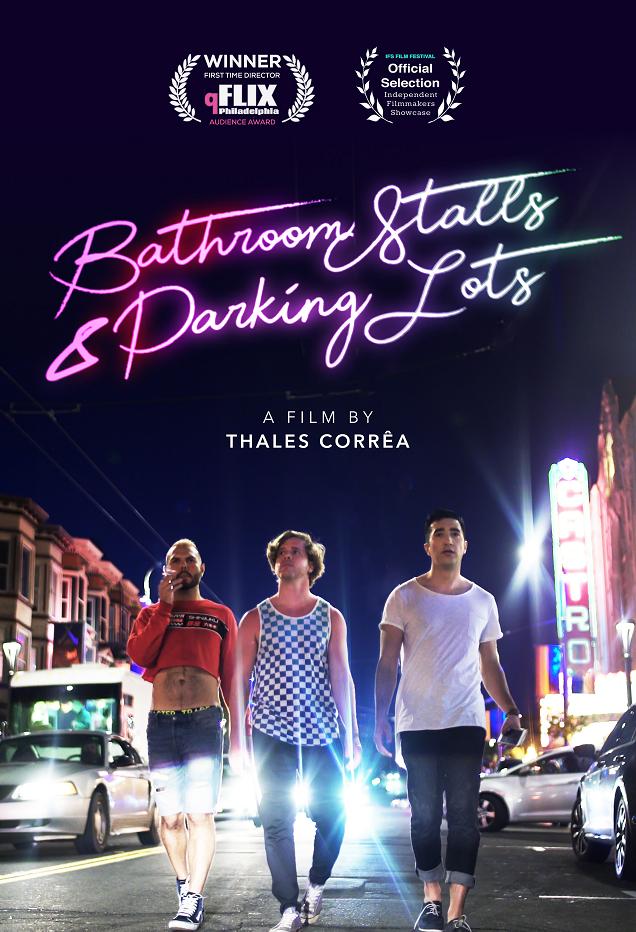 How many times can we see a bunch of cis gendered, heteronormative frat boys party it up, before we say “enough is enough?” Thankfully, this isn’t the case with BATH STALLS & PARKING LOTS. This film is a terrific dramatic comedy that plays with this tired formula, but with its focus on a group of gay male friends, and on the LGBTQ community, it still feels fresh and fun.

In this modern twist on hook-up culture, our protagonist Leo (Thales Corrêa), who is a transplant from Brazil, is looking to embark on the wild streets of San Francisco. What’s a wild night without a crazy wing man? Enter Donnie (Izzy Palazzini), Leo’s completely self-absorbed and flamboyant bestie. To round out the marry bunch of pranksters is Donnie’s straight(ish) friend Hunter (Oscar Mansky).

Leo’s goal for the evening is to hook up with his regular American fling, Totah, who just happens to be visiting the city as well. Some wacky hijinks ensue as the trio of Leo, Donnie, and Hunter make their way through San Fran’s night clubs, gay bars, and sex parties, all in search of Leo’s dream man.

My ex-boyfriend used to force me to go see every independent gay film whenever they played the art theaters. That was ten years ago, and indie LGBTQ films haven’t changed much: Drugs, clubs, drags, and sad sense of wanting to be loved by someone that doesn’t feel the same way about you. There are plenty of funny moments in BATH STALLS & PARKING LOTS, but it’s mostly a drama. The humorous situations keep the film feeling upbeat, though.

The majority of characters come across as especially “extra,” but that is realistic for the gay club scene. I found the character of Hunter to be problematic. Only because it was so honest. You gotta love a straight guy who loves the attention of gay dudes, though he’s mostly only into them to score drugs. Other than that, the bitchy flamboyant Donnie steals every scene he is in, and Palazzini chews up the scenery nonstop.  The conversations between the cast of characters feels very genuine. 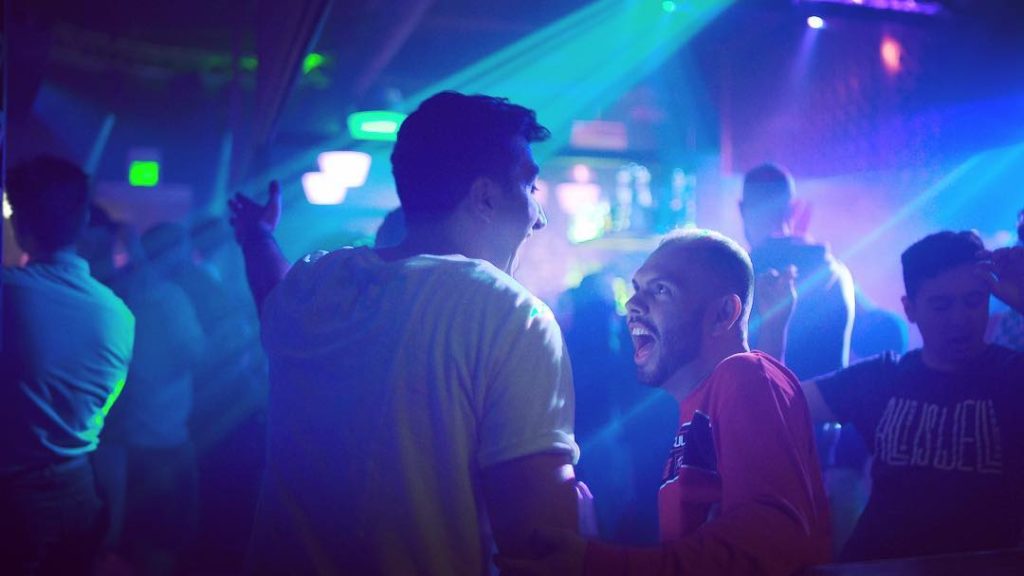 I do wish that BATH STALLS & PARKING LOTS had a more fun energy about it. For the most part, I felt sorry for Leo. His vacation is going to hell, and his friends are all fake. All he wants is true love, and everybody else seems to just want a quick hook-up.

BATH STALLS & PARKING LOTS is a topical film that deserves a watch. It’s funny to see how characters’ expectations of a person they met through an app can transform their behavior, and this movie is a perfect demonstration of that. It is also a great reminder that people don’t always feel the same way about you as you do about them.