Mental illness is a serious issue, and a very delicate one for films to tackle. More times than not, it’s used as a gimmick, or even worse, as comic relief. Film franchises such as PSYCHO have used mental illness as their entire plot. There have been a few horror movies throughout the years that have tried to shed light on issues of bi-polar disorder, schizophrenia, and PTSD. For a low-budget, independent horror movie, FACE OF EVIL does a good job of creating a manic world where one man’s PTSD destroys his life. 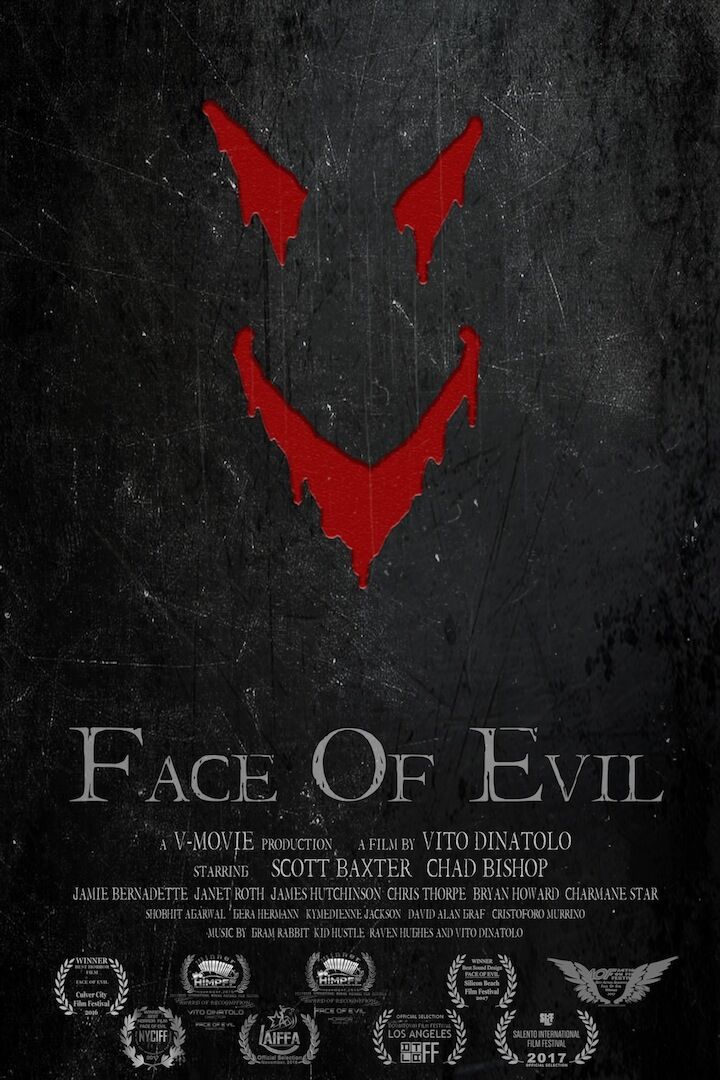 Upon Jay(Scott Baxter)’s return from deployment in the Middle East, he finds his civilian life to be turned upside-down. His buffoon roommates have completely destroyed the house. the place looks like it had been hit by a tornado and then burglarized. This would trigger any normal person’s anxiety, let alone someone returning from a tour of duty. Not only is the place a disaster zone, but they have planned a welcome home party for Jay. Jay’s ex-girlfriend Katy (Jamie Bernadette) shows up. One thing leads to another, and after a few drinks, Jay and Katy start fooling around.

Jay’s fun is quickly interrupted as a strange outbreak spreads throughout his community, turning humans into flesh-eating creatures that might be zombies, but could be demons. As Jay tries to stay alive. he’s joined by his ex-sergeant (Chad Bishop), only known as Sarge, who lets Jay in on frightening secrets which lead to a deeply-plotted government scheme. 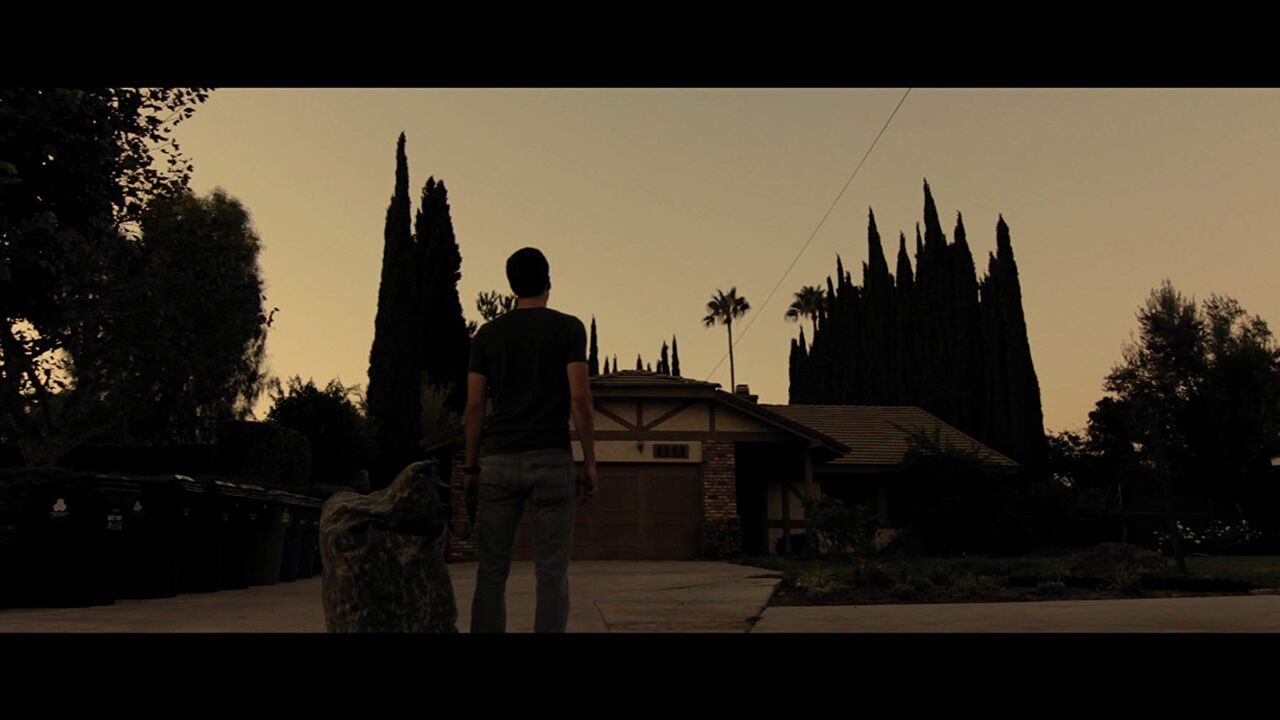 FACE OF EVIL opens with a stark, disorienting visualization of what it is like to live with PTSD. I wish this tone was kept throughout the film, but unfortunately, there were just too many times that the filmmakers tried to turn a serious situation into comic relief. The goofball, deadbeat roommates were just unnecessary. And when the story was supposed to take a comedic turn, it didn’t seem like the whole cast realized that’s what was happening. The main character, Jay, was the only likable character in the whole film. 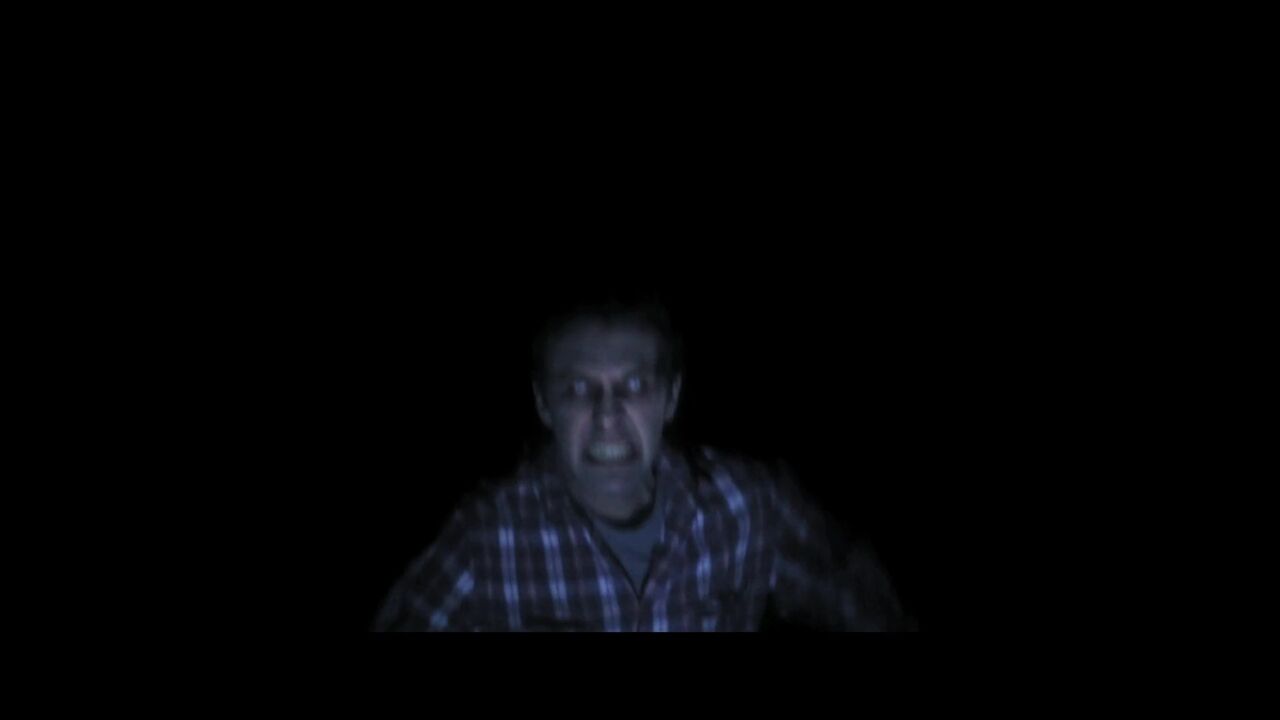 At about the twenty0minute marker, the infection/zombie action really amps up. The brutal kills and creative gore flies wild and free. It has a REC 3 or possibly 28 DAYS LATER feel to it, but done on a micro-budget. Once the action let’]s up, FACE OF EVIL goes from conventional to complete bonkers.It doesn’t make any sense how the infection is spread. The creatures seemed to have more in common with the monsters from the mid-’80s Italian classics DEMONS and DEMONS 2. There was nothing very modern or American about them, and I liked that.

Lending to the retro aesthetic to the film was the super-’80s synth driven score. I really dug that. There were points in the movie where I had lost interest, but that score drew me back in even when I had given up. 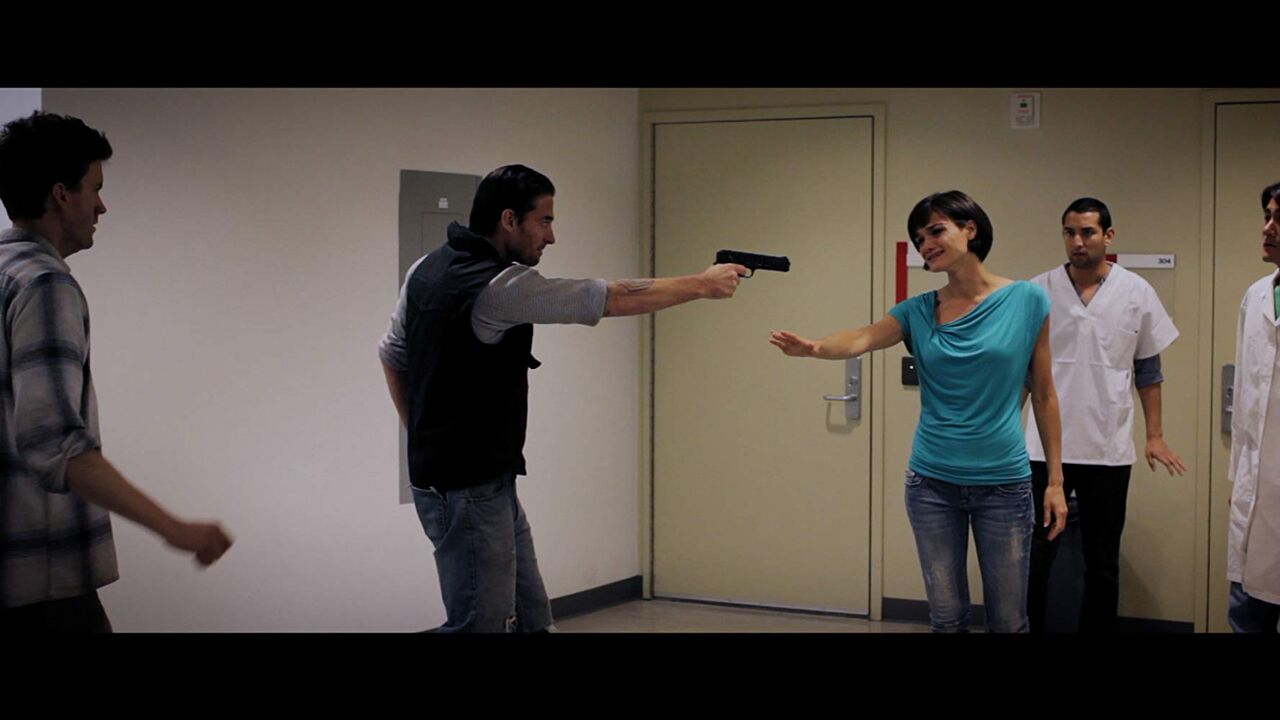 I really could have done without the heavy-handed right-wing conspiracy theory bullshit. I know that it was all tongue-in-cheek, but at the same time, we get it. The character of Sarge came off as a demented cross between Alex Jones from InfoWars and Woody Harrelson’s character Tallahassee in ZOMBIELAND. I’m not sure if the pixelated green screen that flashed across the movie multiple times was a glitch in my screener of FACE OF EVIL, but if it was meant as a visualization of Jay’s deteriorating mental health, it was a nice touch. I also enjoyed the scenes of Jay and Sarge cruising through the city — it almost had a REPO MAN feel to it. 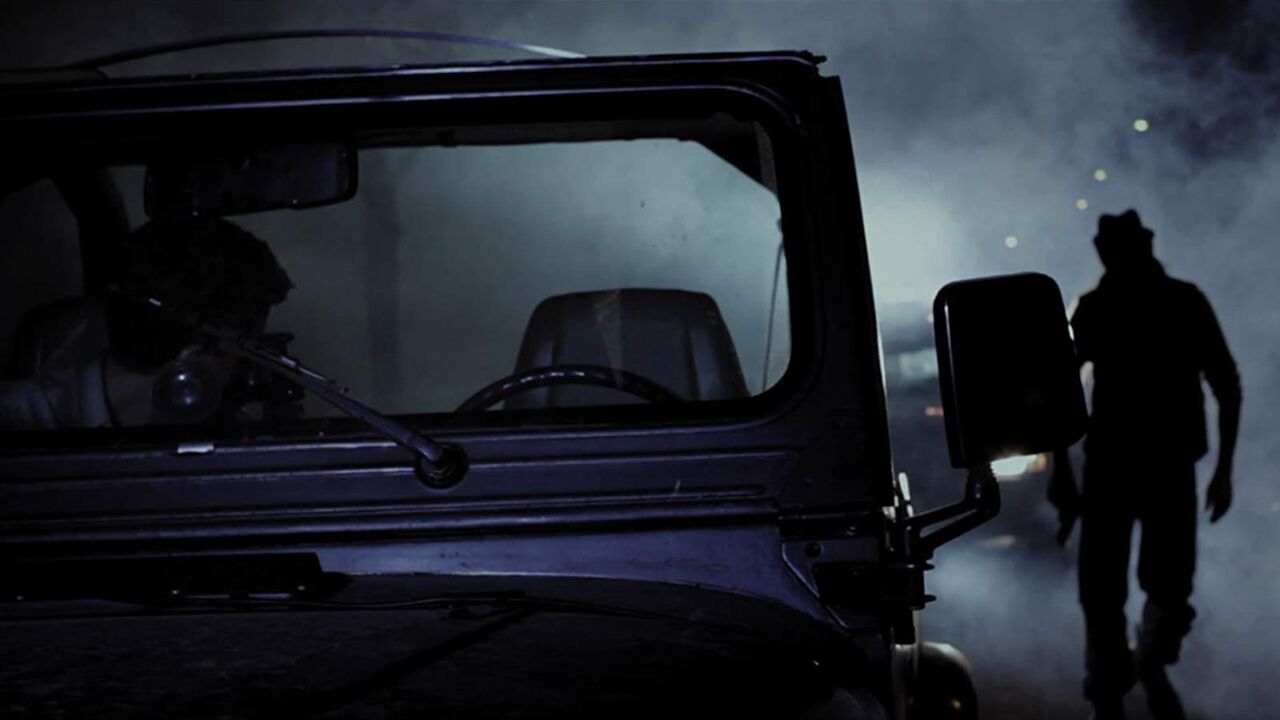 I would really like to have seen what FACE OF EVIL could have been with a bigger budget. The writing was sloppy, and the story seemed rushed. There could be a drinking game created with how many times the characters use the word “terrorist.” The shooting spree seemed topical, but most of the movie was just too damn heavy-handed and jumbled. I could figure out the big twist ending five minutes into the film. Bottom line I watched FACE OF EVIL so you don’t have to. If you’re still interested in something like this, go watch the classic exploitation movie COMBAT SHOCK.