This looks like so much fun! We love holiday horror around here, and this one’s arriving just in time for Christmas — on December 4th, 2018, to be exact — featuring a cast that includes Daily Grindhouse favorites such as Brea Grant, Graham Skipper, and Jocelin Donahue, just to name a few. It’s also really cool to see that it’s the newest project from co-director Rebekah McKendry, since we dig the Shock Waves podcast so much. Can’t wait to check this one out. Here’s the official announcement: 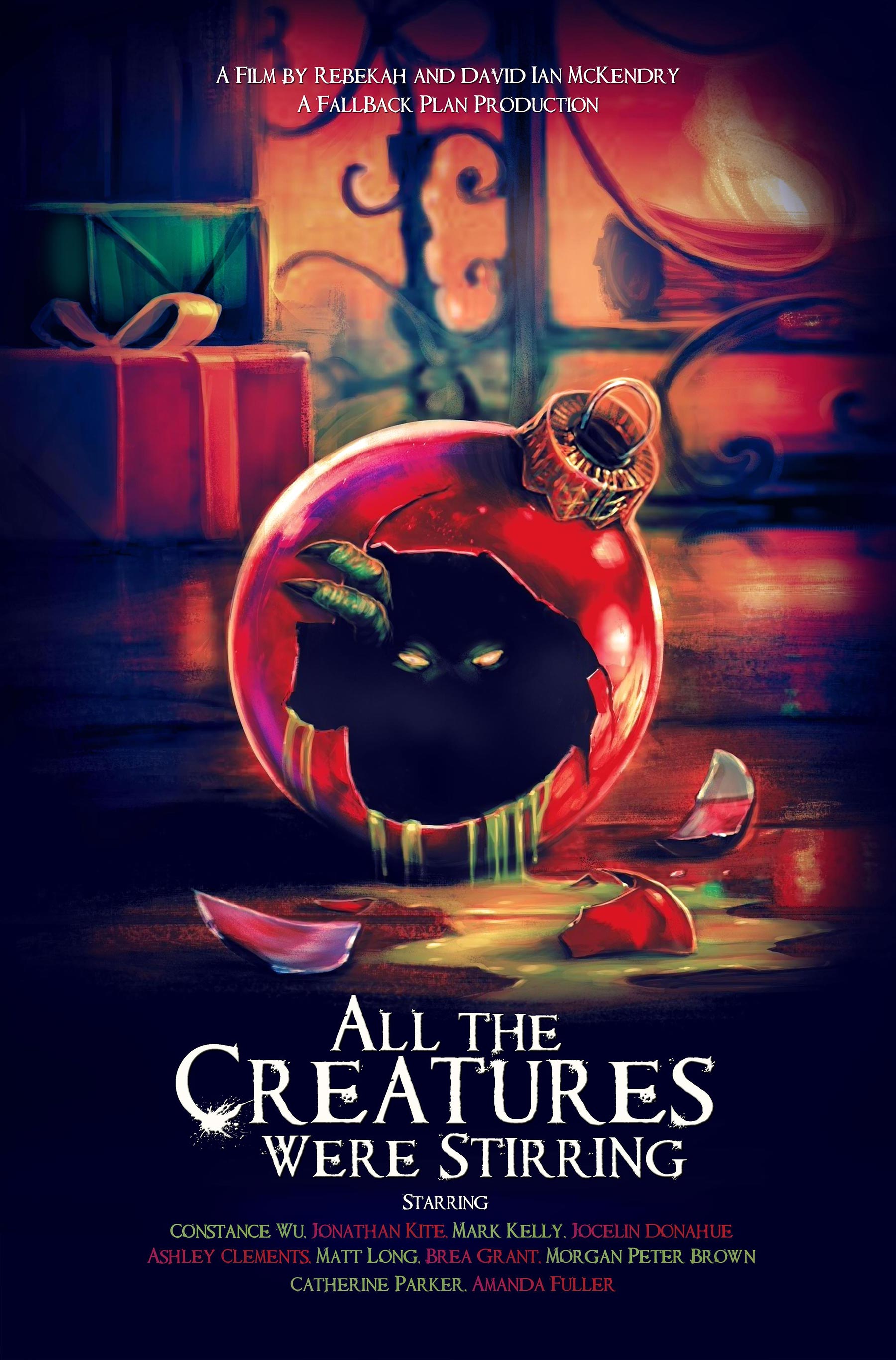 RLJE Films has acquired all North American rights to the upcoming horror film ALL THE CREATURES WERE STIRRING. Written and directed by David Ian McKendry (The Dump) and Rebekah McKendry (The Barista), known for their amazing work at Fangoria and Blumhouse, the film stars Constance Wu (CRAZY RICH ASIANS, Fresh Off the Boat), Amanda Fuller (Orange is the New Black), Jonathan Kite (2 Broke Girls), Jocelin Donahue (INSIDIOUS: CHAPTER 2) and Graham Skipper (THE MIND’S EYE).  RLJE plans to release the film on VOD, Digital and DVD on December 4, 2018.

“With scares, laughs and stars from some of the top releases this year, including Constance Wu in CRAZY RICH ASIANS and Amanda Fuller in Orange is the New Black, ALL THE CREATURES WERE STIRRING has it all,” said Chief Acquisitions Officer Mark Ward. “We’re excited to see how horror fans react to this new holiday horror classic from David and Rebekah McKendry.”

In ALL THE CREATURES WERE STIRRING, an awkward date on Christmas Eve leads a couple into a strange theater, where they’re treated to a bizarre and frightening collection of Christmas stories, featuring a wide ensemble of characters doing their best to avoid the horrors of the holidays. From boring office parties and last-minute shopping, to vengeful stalkers and immortal demons, there’s plenty out there to fear this holiday season.

ALL THE CREATURES WERE STIRRING was produced by Morgan Peter Brown and Joe Wicker of FallBack Plan Productions (ABSENTIA) and was executive produced by Kevin Kale.

Ward and Jess De Leo from RLJE negotiated the deal with Morgan Peter Brown and Joe Wicker on behalf of the filmmakers.