I’ve always been a huge supporter of micro-budget indie horror. These types of films take a lot of heart to turn from a kernel of an idea to actually being made. FRANKENTHUG has more heart than it can handle, and you can tell that everyone involved was dedicated to make this film become a reality. This film is sleazy, offensive, and a lot of fun.

So what do you do when your infamous gangbanger brother Detroit (Soze Bagley), is gunned down by the new biker gang in town? What else?You and your mad scientist brother Doc (David Cairo) resurrect him from the dead using loud kush (strong weed), to exact revenge against Little Dave (Nathan Hamilton) and his crew of biker thugs.

FRANKENTHUG  opens with an execution-style murder of local drug dealer and gangbanger Detroit. This is a great way to grab the audience’s attention. This sudden burst of violence sets a precedent for the rest of the film.

Right from minute number-one, FRANKENTHUG screams Troma. Everything from the low-brow humor to the overacting makes me think director Richard Tanner took notes while watching THE TOXIC AVENGER and CLASS OF NUKE ‘EM HIGH. The entire aesthetic of FRANKENTHUG is crass, but in the best kind of way. 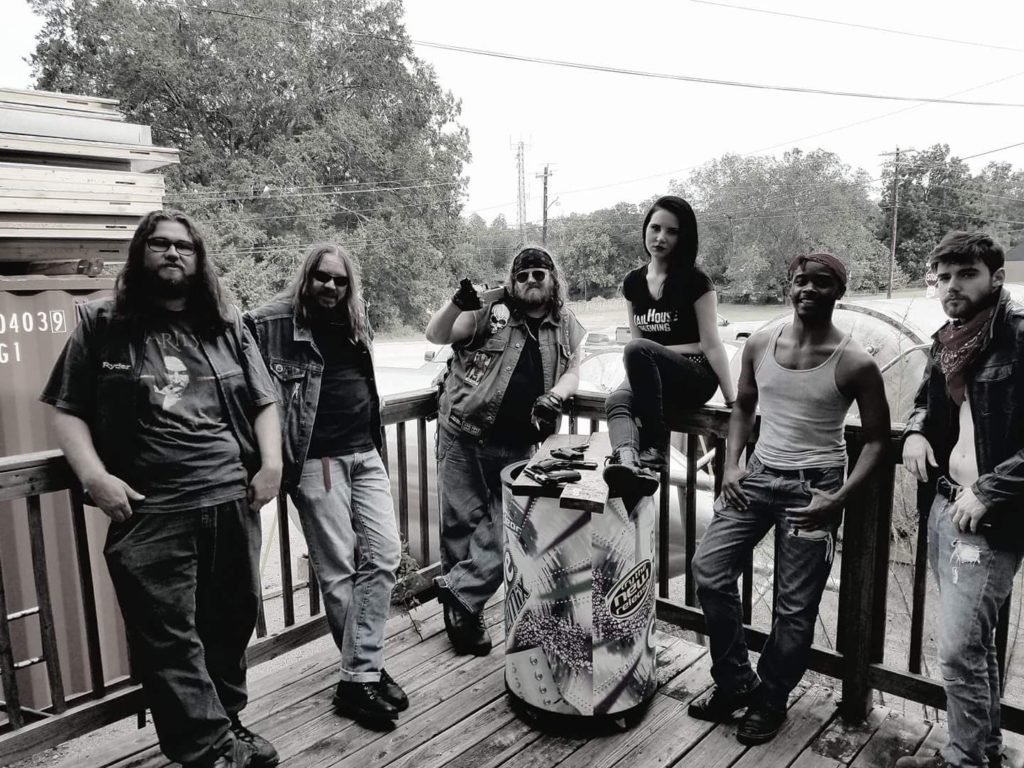 The limited resources lead to the film’s believability. The acting and locations felt authentic, something that can’t be achieved by the Hollywood studio system’s blockbuster machine. Same goes for the dialogue, editing, and sound quality of the film. It all added to the grassroots feel of FRANKENTHUG.

I would have to say that actor Dante Sellers truly shines as Brooklyn Jones, the mourning brother of the film’s titular character. He is the most realistic character in the movie. He steals every scene he’s in, because he comes across naturally and not as stiff as the other charactersdo.

One of my favorite aspects of FRANKENTHUG is the soundtrack. The inclusion of modern “trap”-style hip-hop, horror-punk, and scumbag-rock elevates this movie to a more interesting place than a basic indie horror movie usually arrives at, sonically. 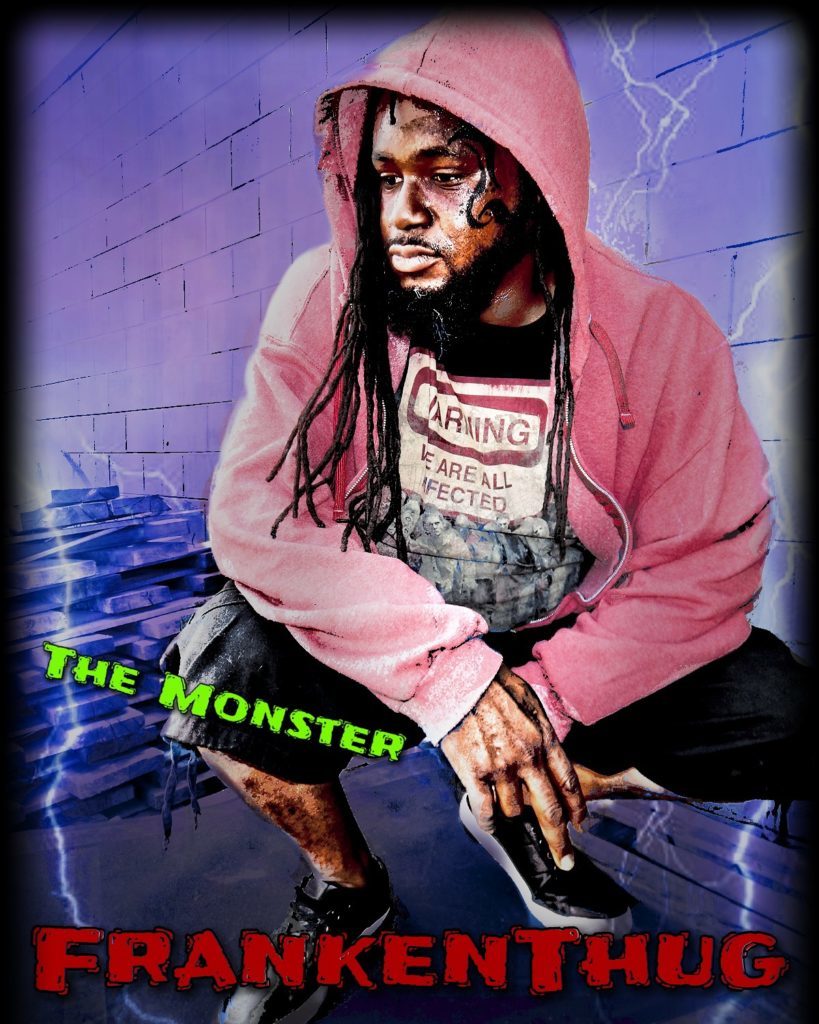 At times it felt like I had seen this movie before, but I can’t quite put my finger on where. Having a plot where the dead is brought back to life through marijuana doesn’t feel as 100% original, but that doesn’t even matter. My real qualm with FRANKENTHUG is that there aren’t enough practical effects. Most of the blood and gore are added through the use CGI. All of that is pretty forgivable, however.

What makes FRANKENTHUG a true winner for me is its off-color sense of humor. Every time the re-animated Detroit would talk, all he would say is “Gucci.” I will truthfully say this made me laugh out loud multiple times. Then the Son of Celluloid intermission, advocating for more gratuitous nudity in horror films, had me rolling with laughter. Personally, I would have liked to see some of those bearded chubby bikers showing off some of that gratuitous nudity they were preachingabout. Heheheh! The comic aspect really made FRANKENTHUG worth the watch. Everything from the Shock-O-Rama vibe to the Dollar Store gorilla suit used in the climax of the film was perfect. 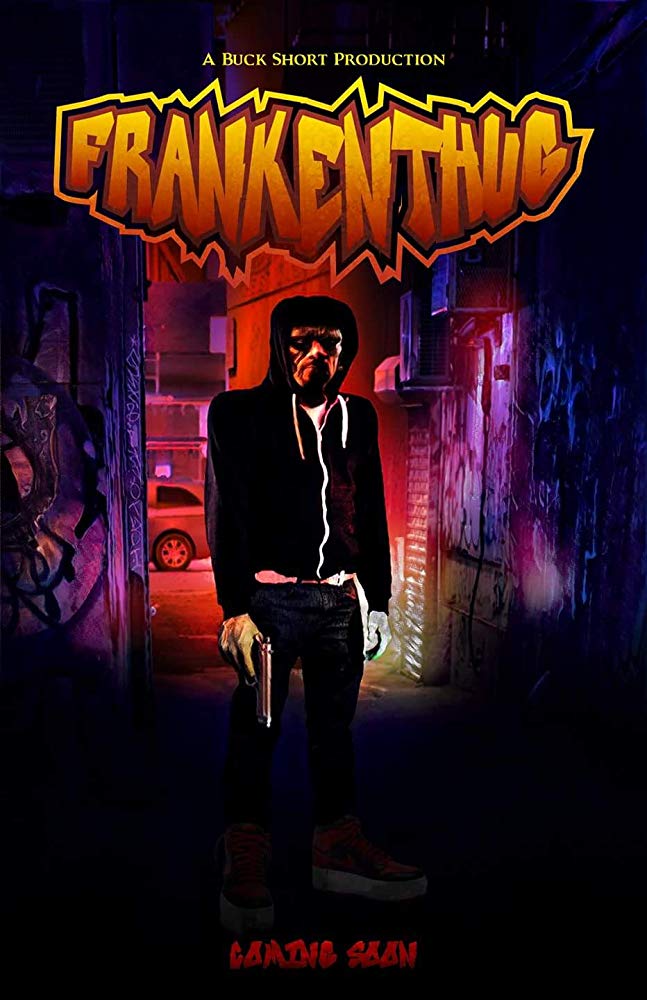