The term “hyper-stylized” is most times used in a negative connotation when it comes to cinema. Most movies that are associated with this phrase are seen as just trying to hard to be smart and more artistic than they actually are. It doesn’t make it any less true when attached to an indie horror film. Just like everything else in life, there are always exceptions to the rule. 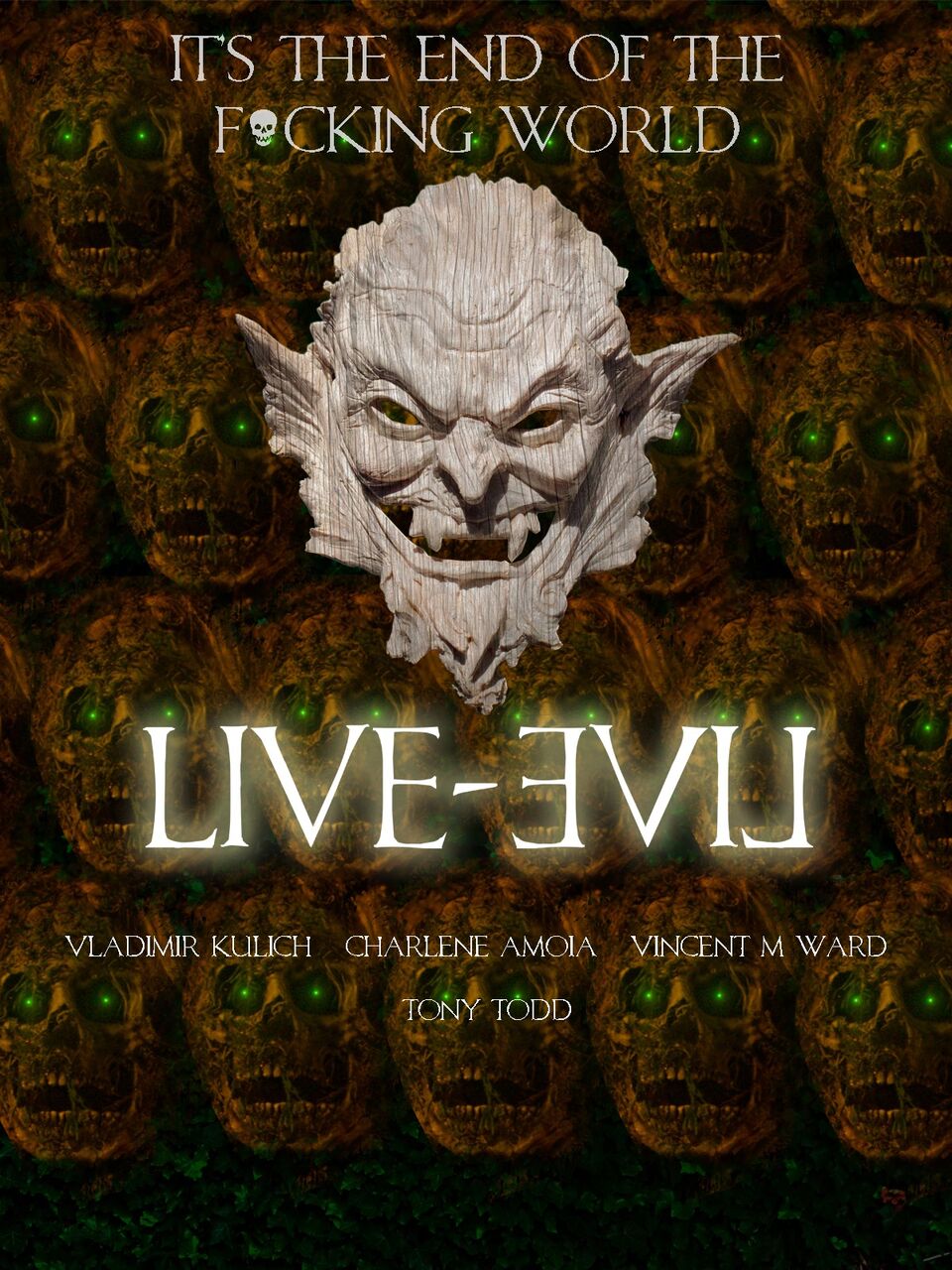 LIVE EVIL is a horror movie that is busting out with extra style, and I think I love it all the more for it. It’s Halloween night in a small town. That right there wins extra points with me. I’m a sucker for any horror movie that takes place on Halloween. The weird part about it is there are no Halloween decorations or trick-or-treaters.

The small town police Deputy Hancock (Charlene Amoia) responds to a call at an eccentric mansion. Upon arrival she discovers all the guests wearing matching demon masks, several people murdered, and chaos running amok. Of course, her police radio doesn’t work, and she can’t call for back-up. If that was me, I’d say “fuck that,” and get out of there. Of course that’s not the logic in any horror movie. She pushes forward through the house on her own. Deputy Hancock then finds a demon, arrests it, and brings it back to the station. Arresting a demon…sure, why not?

The demon then starts possessing inmates and officers and having them kill each other off. The mass paranoia and psychosis creates a fierce sense of tension. The evil soon spreads throughout the town. The streets are filled with complete disorder. The demons are now raising the dead. The zombies look hokey, but I think they are supposed to. They look like something out of a low budget, 1960’s, British, gothic horror movie. It takes awhile for the for the local police to get back to investigating the mass murders. You’d think that would be high on their priority list. That, and not getting killed. There are enough twists and turns and bizarre plot points, that LIVE EVIL kept me interested all the way to the nonsensical end.

It’s completely unnecessary for LIVE EVIL to be a chapter-based film. It has a pretty linear narrative. That’s just the beginning of things that are uncalled for, but at the same time make this movie unique. The first half of LIVE EVIL is in black and white with flashes of color. The black and white is a clever way to cover up the bad CGI effects. Then there are some weird colorized psychedelic shots thrown in randomly. I really don’t mind them too much. These obtuse blips help to punctuate the scenes they’re in.

At the 53-minute mark there is an ancient Satanic bell that gets rung, and besides the whole tone of the movie swings from mostly serious to almost comical, it also changes from a black and white artsy movie to colorized, jocular, (and I mean this in the nicest possible way), schlock. 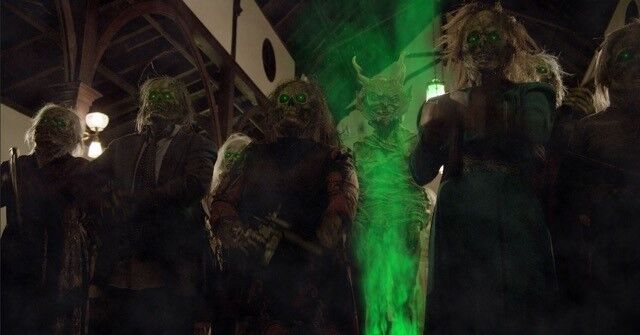 It’s really weird! The first half of LIVE EVIL was a bit of a pretentious remake of LAST SHIFT, LET US PREY, and DELIVER US FROM EVIL, all demonic horror films that take place in a small-town police station. Then the second half of the movie is as if Umberto Lenzi (director of NIGHTMARE CITY) took a shot at creating his own version of RETURN OF THE LIVING DEAD II, with zombies talking, shooting guns, and driving vehicles.

For any flaws that LIVE EVIL might have, it’s still a fun horror movie. The demon movie with a zombie aesthetic works. The acting is better than expected in an independent horror film. The characters seemed authentic. There is some comic relief without being overbearing. It doesn’t feel modern, but not deliberately nostalgic. The funky rock score was surprisingly contrasting to what I expected, and it was appreciated. Even Tony Todd (CANDYMAN) makes an appearance, and that dude makes everything better!