I love Halloween. It’s my high holy day. The only day of the year I refuse to go to work. Halloween is just a holiday to some people. To myself and others though, it is a way of life. It’s not just a one day a year thing, it’s a way of life. Keeping certain decorations up all year round, watching scary movies, and dressing in fashions that help keep the idea of Halloween in their hearts and minds every day. 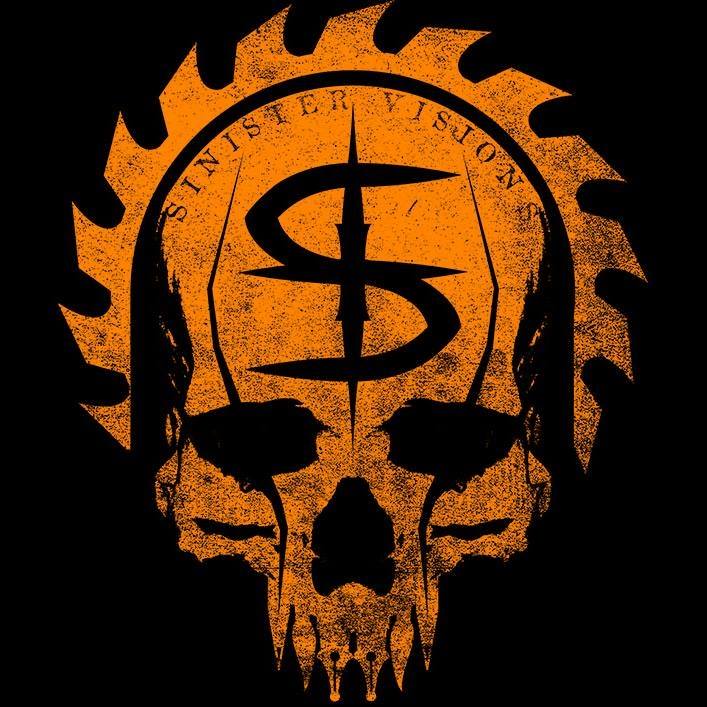 Several years ago I discovered SINISTER VISIONS at FLASHBACK WEEKEND, a horror convention right outside of Chicago. SINISTER VISIONS is singularly the best clothing and accessory line when it comes to all things Halloween. They are not only inspired by the holiday itself, but by classic decorations, and movies that take place on Halloween.

Being the spookiest time of year, I had to catch up with the owner of SINISTER VISIONS, Chad Savage. I was lucky enough to have him take a few minutes out of his busy schedule to talk with me about his vision, everything he loves about Halloween, and of course SINISTER VISIONS apparel and accessories. 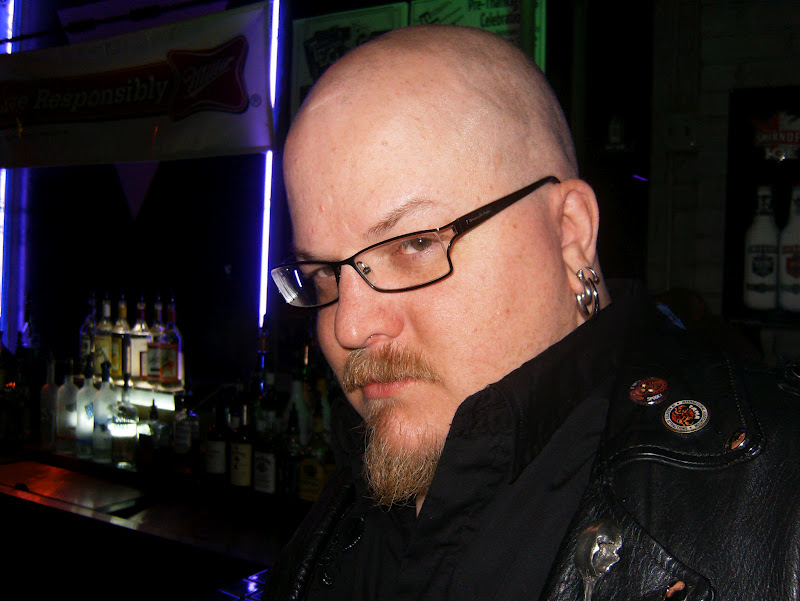 Daily Grindhouse: First things first. SINISTER VISIONS seems like a lifelong passion. I need to know how it got started.

Chad Savage: I’ve been designing flyers, T-shirts, etc. for people since I was in high school in the ’80s, so it’s hard to say, exactly. I came up with the name SINISTER VISIONS in 1990 or 91 and begin doing freelance work under the name, and finally incorporated under the name in 2003 in Chicago. All of that said, I figure “early-’90s” is a fair answer. SINISTER VISIONS became my full-time job in 2001; up until then it was the name under which I occasionally freelanced while holding down a day job.

Daily Grindhouse: Nowadays there seems to be so many horror-themed clothing lines, it’s hard to keep track of them all. What made you want to get into the apparel-and-accessories game?

Chad Savage: I’ve always been a maker. For a while I made masks, creepy dolls, sculpted jewelry… but then the company took off and I didn’t have time anymore. Pins, patches, T-shirts, etc. are somehow easier for me to produce because they’re an extension of the stuff I already do — they all start with a design or a drawing, and it’s simple enough to take one concept and build it out as a pin, patch, sticker, shirt, and so forth. What made me want to? It just seemed like a logical extension of the T-shirt work, which I’ve never stopped doing. And, of course, it’s fun!

Daily Grindhouse: I feel what makes SINISTER VISIONS special and sets it apart is that it’s Halloween-centric. Everything in your collection is inspired by the best holiday in the year, Halloween! Do you remember when your love of the Halloween started?

Chad Savage: I don’t remember when my love of Halloween began, per se, because I’ve *always* loved Halloween. I’m like Jack Torrance in that regard — I’ve always been the caretaker here. I was raised in a very loving and supportive, but also very Christian, home — my family decorated and celebrated all the major holidays, but Halloween was something special. The older I got, the more it became “my” holiday (I started doing the decorating, including making the decorations), but always restricted to October… at least, until I got out on my own.

Daily Grindhouse: My favorite part of your designs is that they have a retro feel to them. Would you say that vintage is the vibe you are going for in your aesthetic?

Chad Savage: I grew up trick-or-treating in the ’70s, surrounded by BEISTLE decorations that my parents bought in the ’50s & ’60s, and I wore my share of COLLEGEVILLE  boxed costumes (before I started making my own)… so yes, I have a fairly specific vision of Halloween and its iconography. For a while there, Halloween was becoming the horror/gore holiday, and that never sat right with me, both as a lover of Halloween and as a horror fan. I’ve been very pleased to see, over the last few years, an obvious swing back towards traditional/vintage Halloween imagery, and I’m happy to be a part of that.

Daily Grindhouse: Many graphic designers, artists, clothing lines often do collaborations, especially in the horror/Halloween community, with each other. Have you ever worked with anybody else on any of your creations, or is it strictly a one-man Samhain army?

Chad Savage: Not really. I’ve discussed collaborations with a couple of artists, but schedules always seem to interfere. I design shirts for clients all the time, but I don’t think I’ve done anything that would be considered a collaboration? I’d be interested in doing either, though!

Daily Grindhouse: I’ve been absolutely captivated by all of your creations, the newer ones are exceptionally spooky. What can we expect from the future of SINISTER VISIONS?

Chad Savage: Whatever spooky stuff and ghastly goodness I can conjure up! There are a couple of potentially cool things in the works, but at present I’m still waiting to see if they’re going to actually happen… 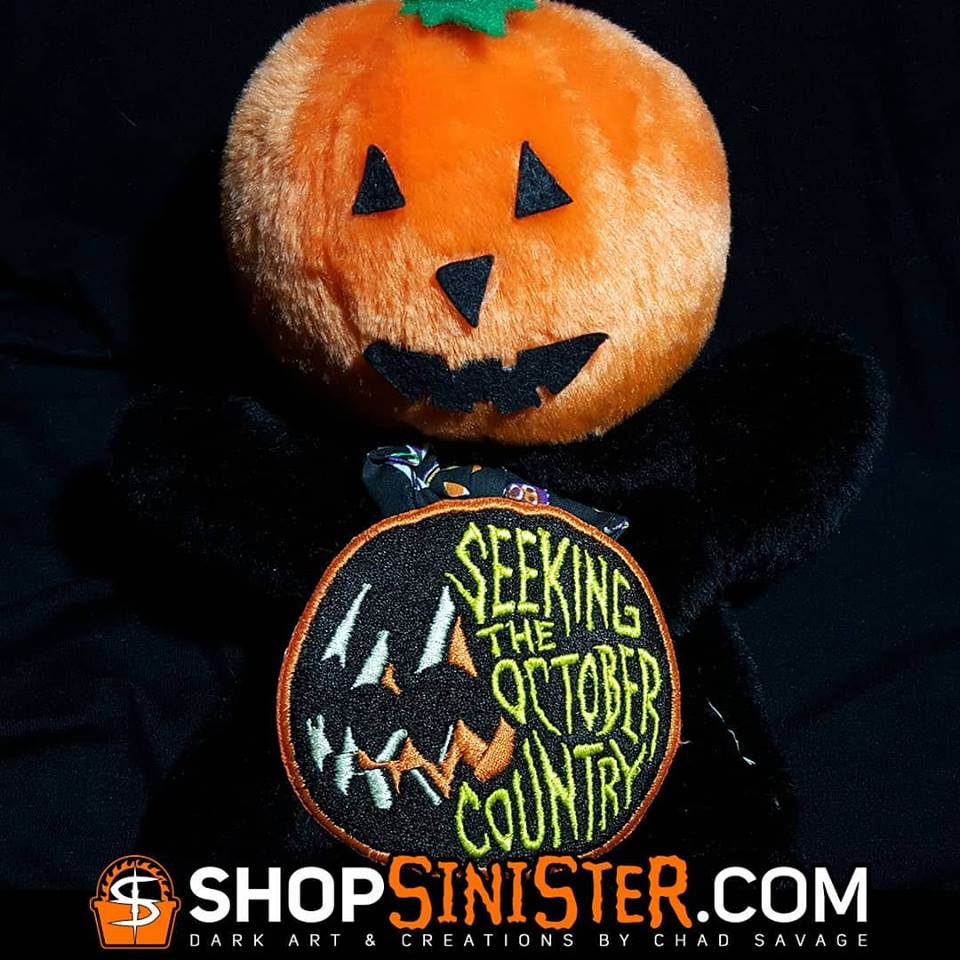 This is your main Ripper, Mr. Germ T. Ripper, saying “love fashion, hate fascism.” You can find Chad Savage and SINISTER VISIONS on all major social media platforms including Facebook, Instagram, and Twitter. Better yet, keep it spooky and haunt your life up in Halloween style at ShopSinister.com! Tell ‘em DAILY GRINDHOUSE sent ya, and as always, stay DRESSED TO KILL! 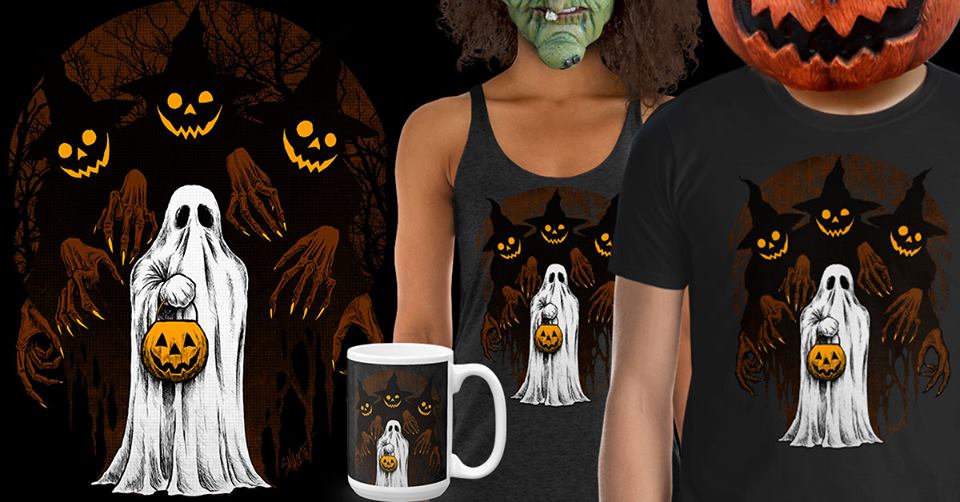 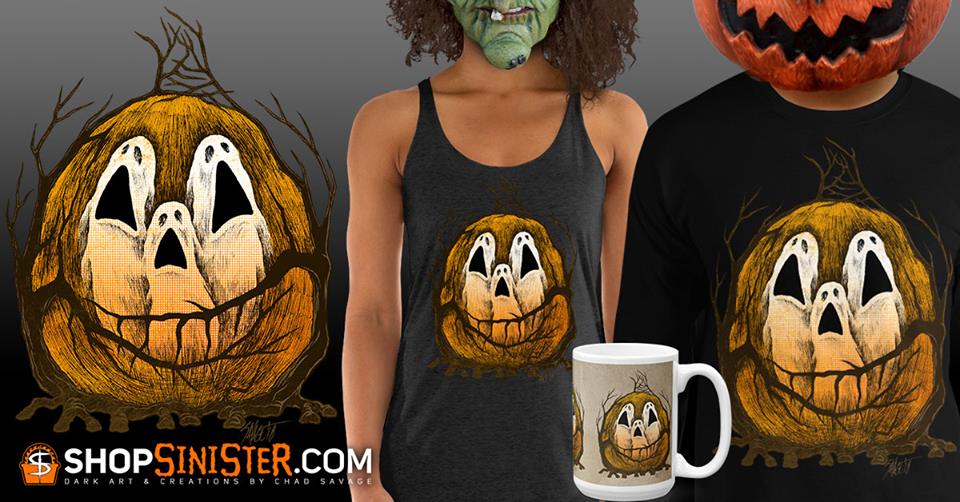 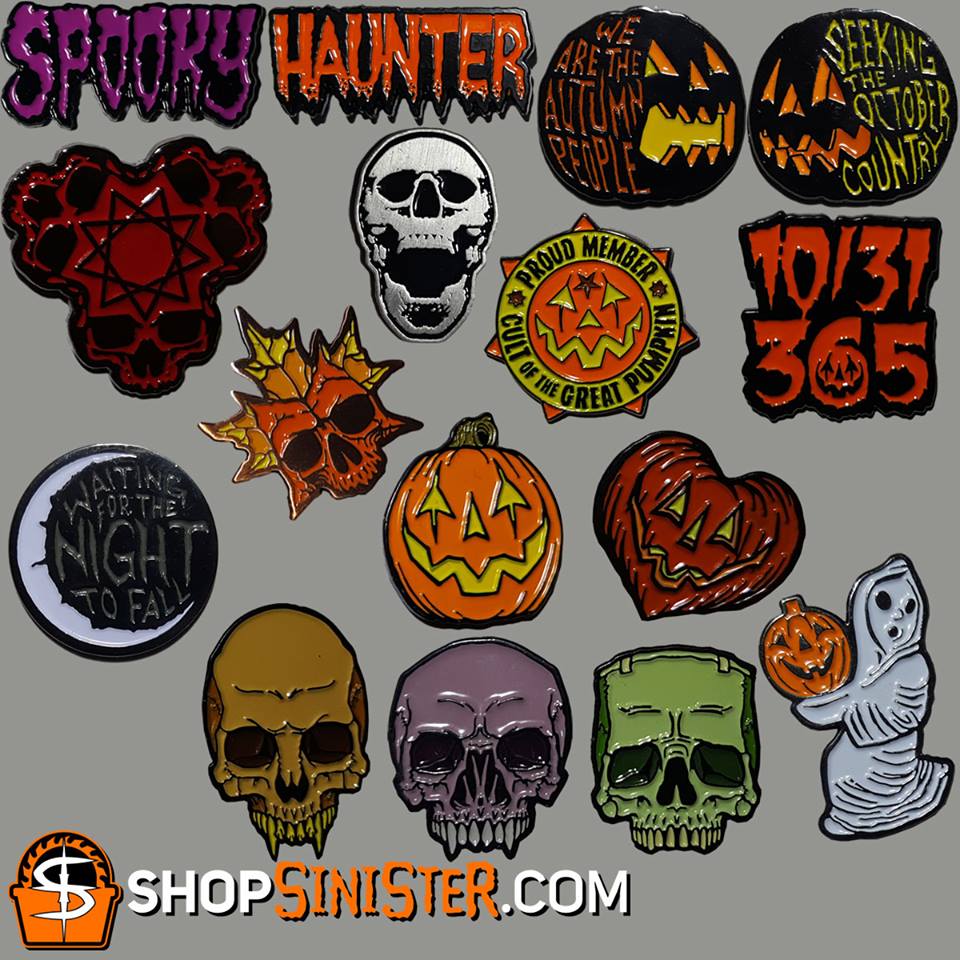 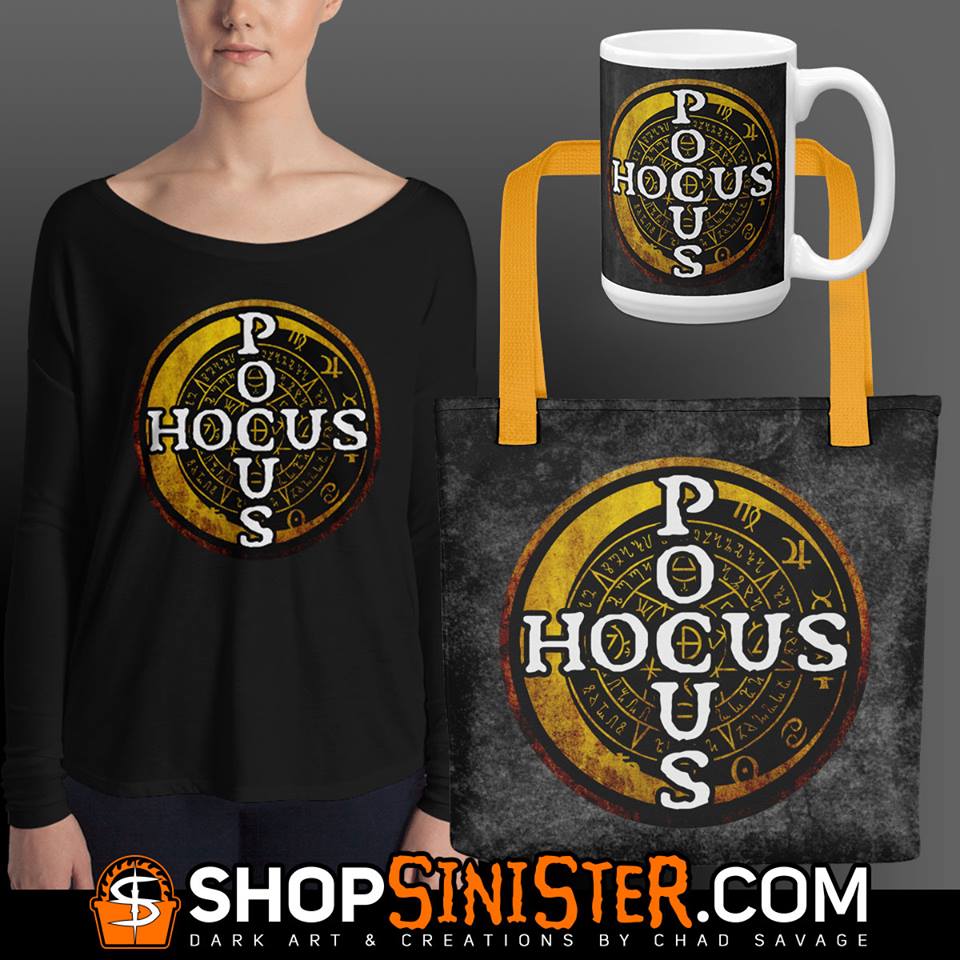 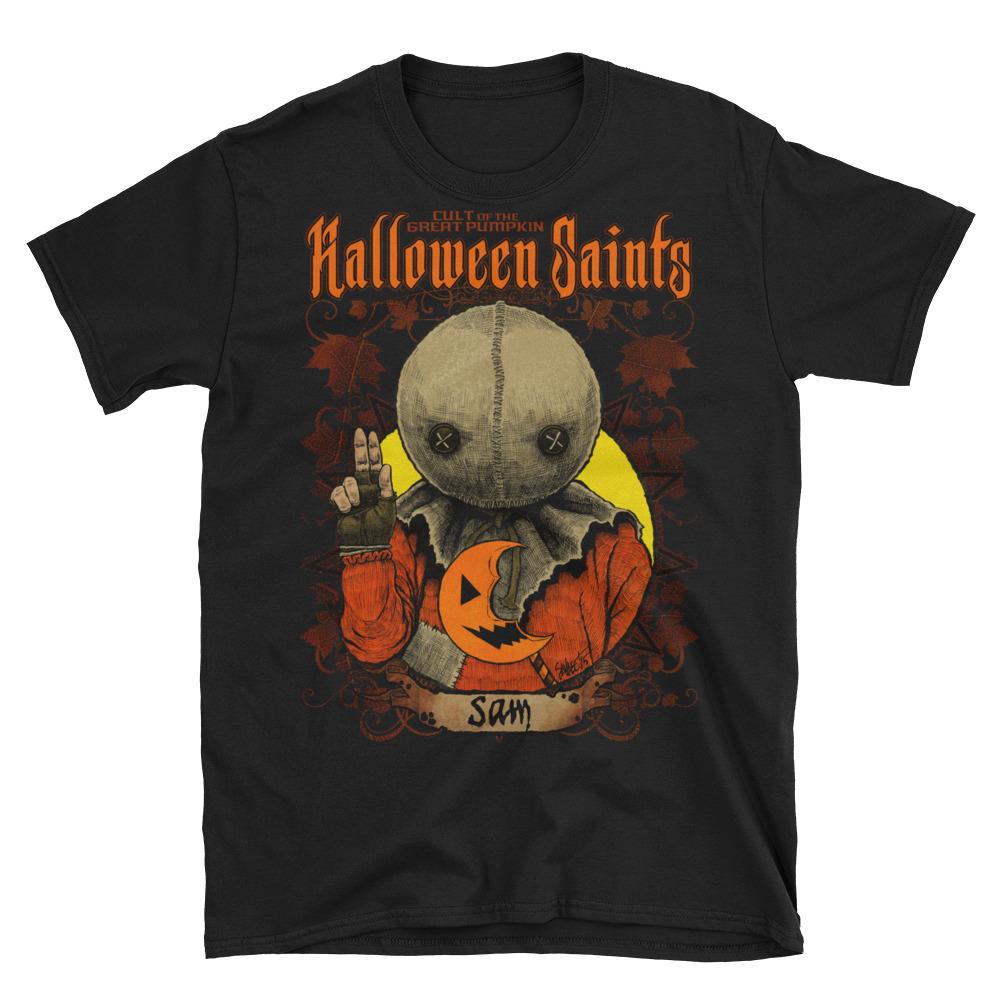 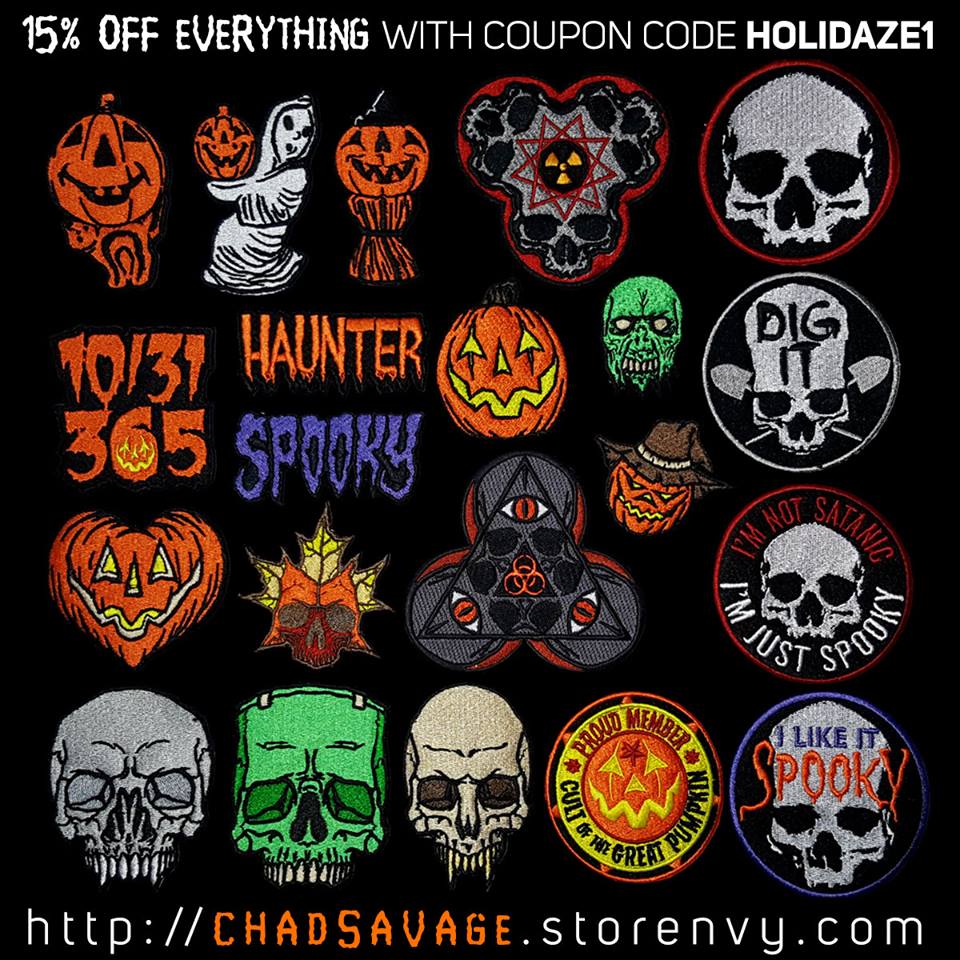 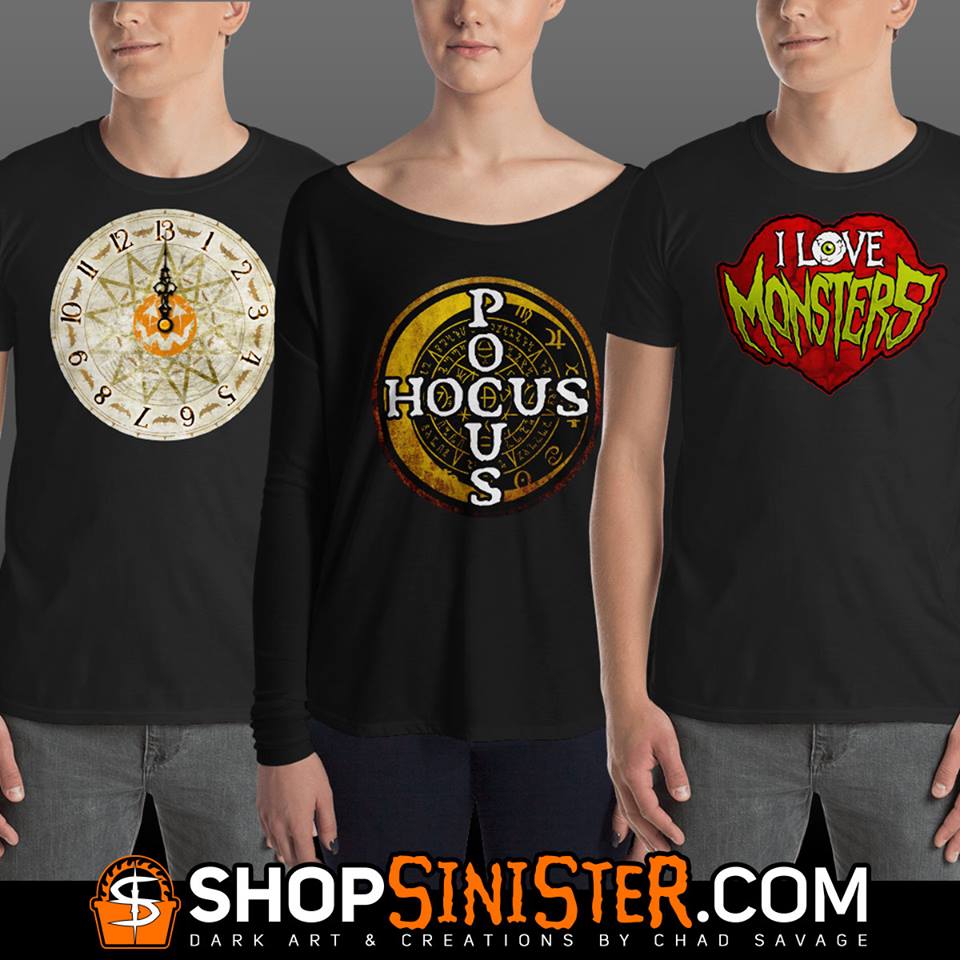 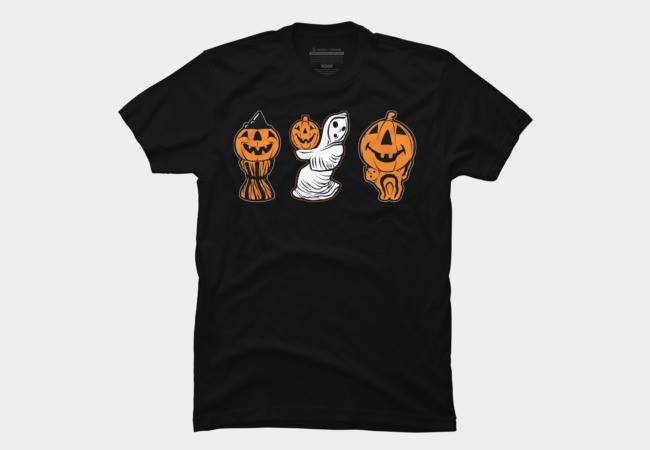 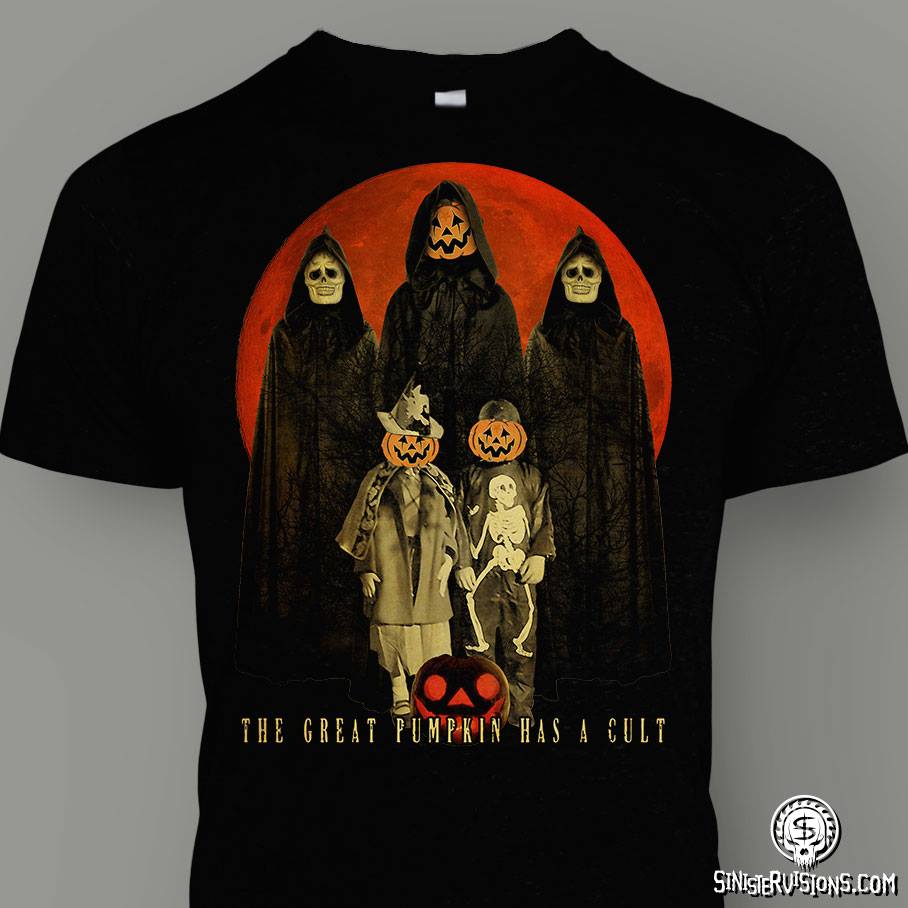