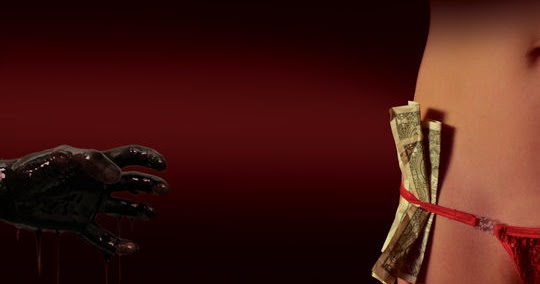 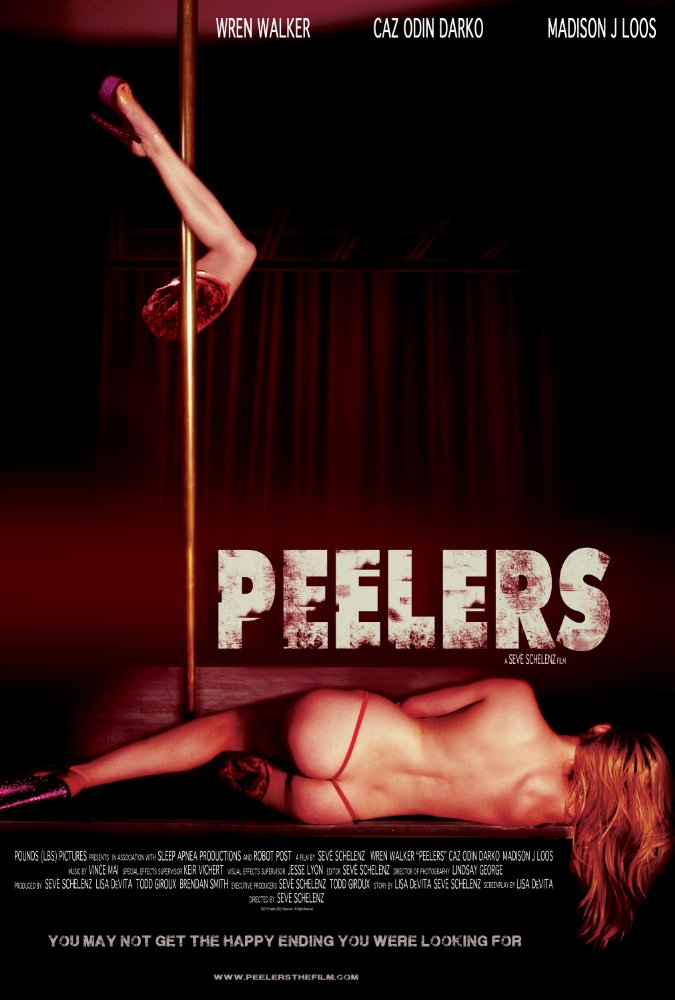 A good zombie or infection movie will focus on one group of survivors and their plight for survival. In order to hold the attention of the audience, these characters have got to be interesting. If not for their tenacity to live through the ordeal, there has to be humor, or some other great quirks. How about strippers? Sure, it’s been done before with movies like ZOMBIE STRIPPERS, ZOMBIES, ZOMBIES, ZOMBIES and ZOMBIES VS. STRIPPERS, but this is more than just more T&A&G (tits and ass and gore) — there are actually sociopolitical undertones.

PEELERS opens up in a hospital. Where else would you expect an infection movie to start. Hospitals are creepy, and I already get sort of a PLANET TERROR vibe. Cut to the aforementioned strip club, and introduced is the owner, Blue Jean (Wren Walker). Blue Jean is a strong, independent woman who we later find out is ex-law enforcement. She knows how to fight, and doesn’t hesitate to when it comes to keeping scumbags in line.

The acting in PEELERS is better than what I expect from independent horror movies. Not that I have any first hand experience with the ongoings of a heterosexual strip club, but from what I have seen in VAMP and FROM DUSK TIL DAWN, this seemed pretty legit. Once we learn the personalities of the strippers, PEELERS gets straight to the gore. The green vomit spewed up by the Mexican miners is classic, really great stuff. Then to go right from that to a stripper who dresses like a baby on stage and ends her performances by bending over and shooting out a water fall of piss — you know PEELERS is not for the overly sensitive. 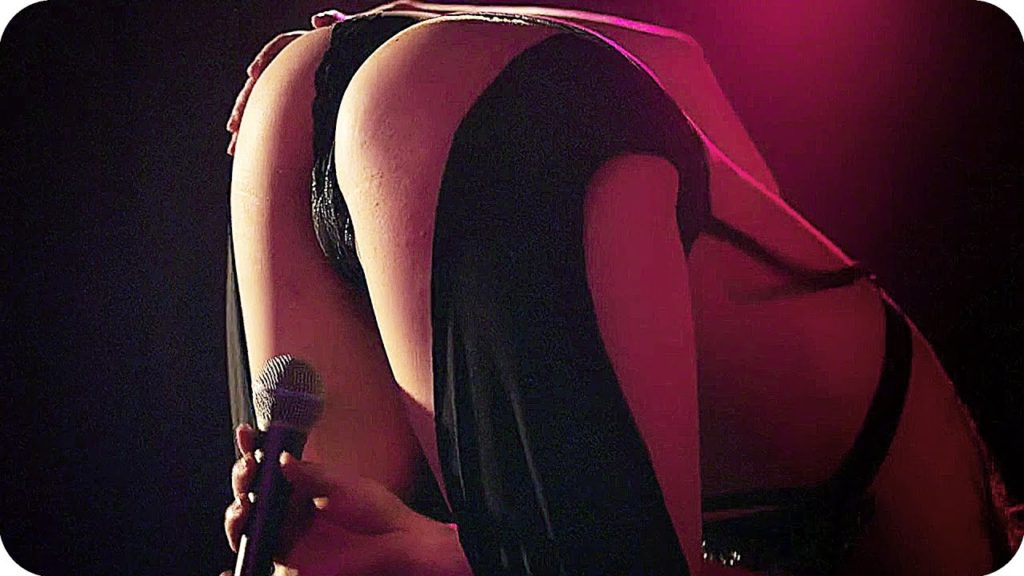 PEELERS is just a perfect combination of sex and violence. I’m so glad to see people still making lowbrow splatter films. We soon discover that the Mexican coal miners struck oil, but the oil is some how toxic, and is turning everyone that comes into contact with it into murderous, bloodthirty zombies, the type of thing only seen in NIGHTMARE CITY. I mean, these “zombies” are killing people off with knives, guns, and chainsaws… among other things. It’s ridiculous, but it’s awesome! At one point, a stripper gets what looks to be a pitchfork through her tits — very reminiscent of SILENT NIGHT DEADLY NIGHT.

I could see PEELERS somewhere in the Troma cannon of films. The moment you introduce anything being mutated by toxic sludge it has a Troma feel to it. If PEELERS was just a little more campy and offensive, I could absolutely see Lloyd Kaufman putting his stamp of approval on this movie. Speaking of gore, the practical effects here are fucking top-notch, with literal geysers of vomit, shit, blood, and gore. I know that the CGI blood was added in to help accentuate the practical effects, but they actually hindered real gruesome shit that was going on.

Unfortunately for PEELERS, the plot holes were so big that they just couldn’t be ignored. I’m sure if I had been drinking or drunk, I wouldn’t give a fuck, but I just couldn’t stop thinking, “why doesn’t anybody call 9-1-1?” I’m sure the police of paramedics could help. Also, are the door locked from the outside? Why don’t the survivors just leave? Run to some place that is a bit safer. When you have strippers and zombies, does plot really matter?

Throughout the whole movie, Blue Jean keeps up the badassery, very ‘Rose McGowan in PLANET TERROR.’ I just want to know how high the writer was when they decided that the oil-based zombies could be destroyed by water, because “oil and water don’t mix.” Nothing about this theory makes sense, but yet our lovable gang of degenerates start putting the zombies down with not only water, but beer, and urine too.

PEELERS has several dramatic twists and turns, and the political subplot is a nice touch. If you are looking anything thought provoking or ground-breaking, PEELERS is not the movie for you. Nine times out of ten I am just looking for a fun splatter movie to watch while I get fucked up, and PEELERS is just that.