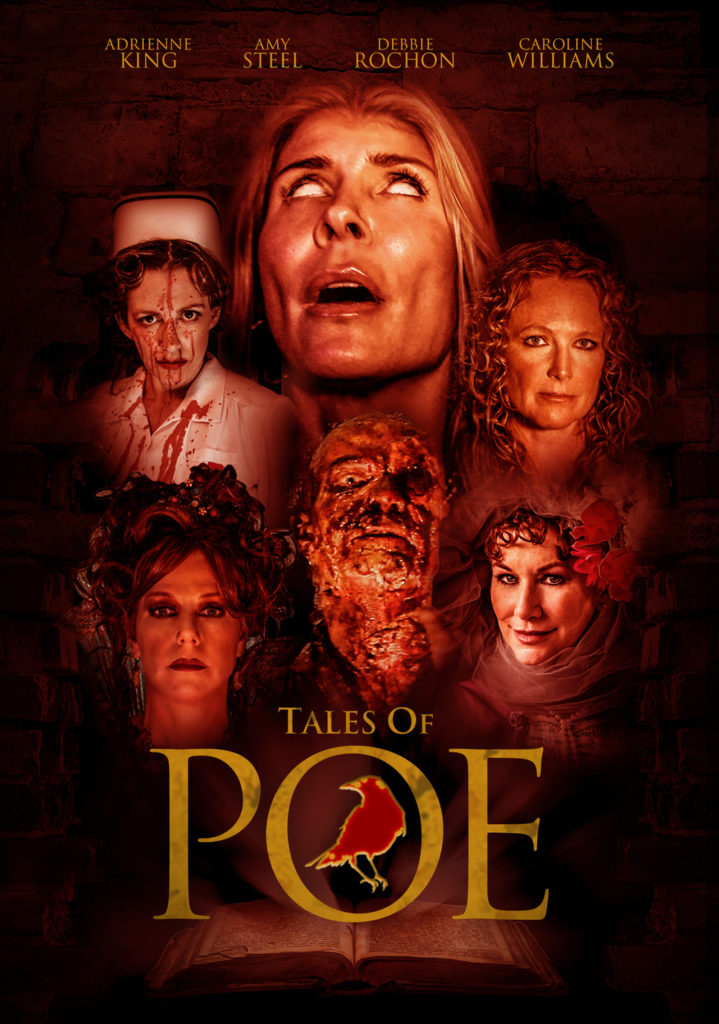 A good anthology horror film can be like a great meal, with one enjoyable course after another. Each course of the meal should be complimenting the one that came before it. Using that analogy, if TALES OF POE were a dining experience, I would have to say that it would be hard to digest. I had such high hopes for this movie. TALES OF POE is a unique spin on three of Edgar Allen Poe’s stories. It has a great cast, and an interesting premise, but unfortunately it doesn’t live up to its potential. 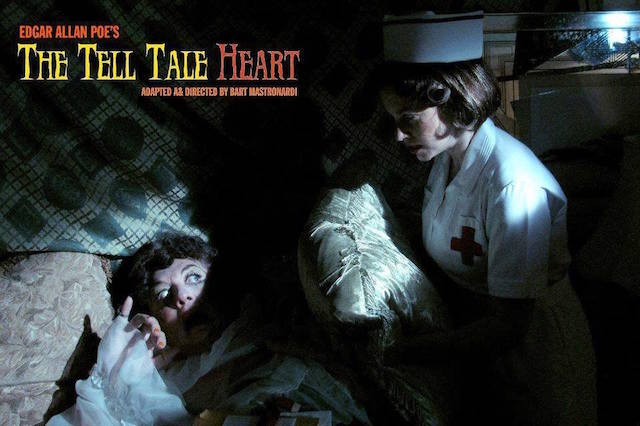 With no wrap-around story, or any introduction explaining to the audience what we are about to see, TALES OF POE  jumps right into the first vignette. It’s a somewhat modern take on the Edgar Allen Poe classic story THE TELL TALE HEART. The setting is an asylum that looks like the set was borrowed from the second season of AMERICAN HORROR STORY. The only main difference is that the asylum here is cleaner and well-lit. Honestly, I don’t mind this at all. This portion of TALES OF POE brings to mind the gothic Roger Corman interpretations of classic Edgar Allen Poe movies like THE PIT AND THE PENDULUM, while combining the feel of 1980s horror anthologies like SCREAMTIME. 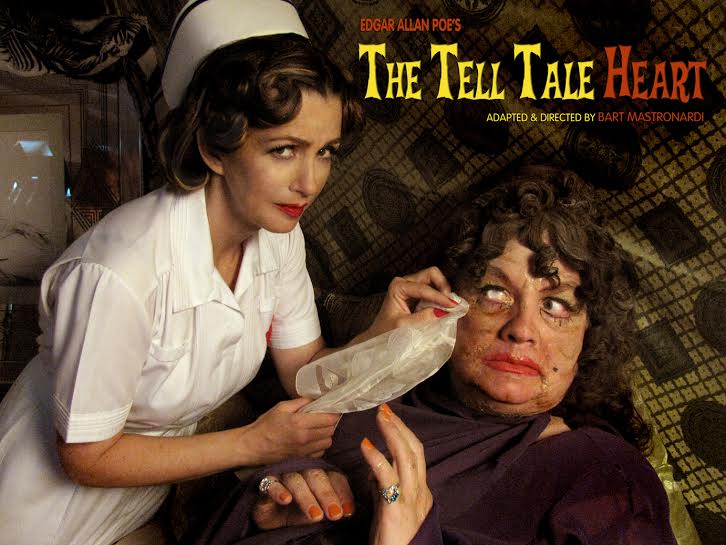 The actual story of THE TELL TALE HEART is told in flashbacks. Alan Rowe Kelly as Miss Lamarr is top notch as the Baby Jane Hudson type character played against Debbie Rochon, who could absolutely be Blanche Hudson from WHATEVER HAPPENED TO BABY JANE? The gore here is great. The palette is very 1960s. The reds are super red, like paint. On the other hand, it’s so stark that I almost think that it would have worked better in black and white. 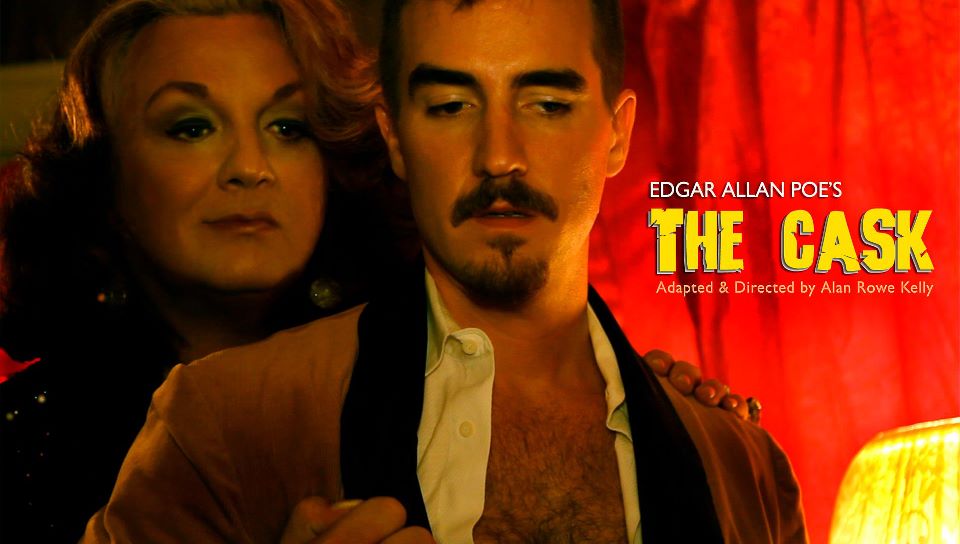 The second story in the trilogy is THE CASK, based on Poe’s THE CASK OF AMONTILLADO. Here the feel of TALES OF POE is truly cemented. It’s supposed to be high camp, it’s supposed to be fun, and holy shit look, it’s Randy Jones of The Village People as Fortunato Montresor. THE CASK takes place on the day of Fortunato’s wedding. He’s marrying his drag queen wife/husband Gogo Montresor (Alan Rowe Kelly), and there is so much shade being thrown by the wedding attendees, you would think you were watching an episode of RU PAUL’S DRAG RACE. This reminds me of every TLA-released gay horror movie my ex made me sit through. 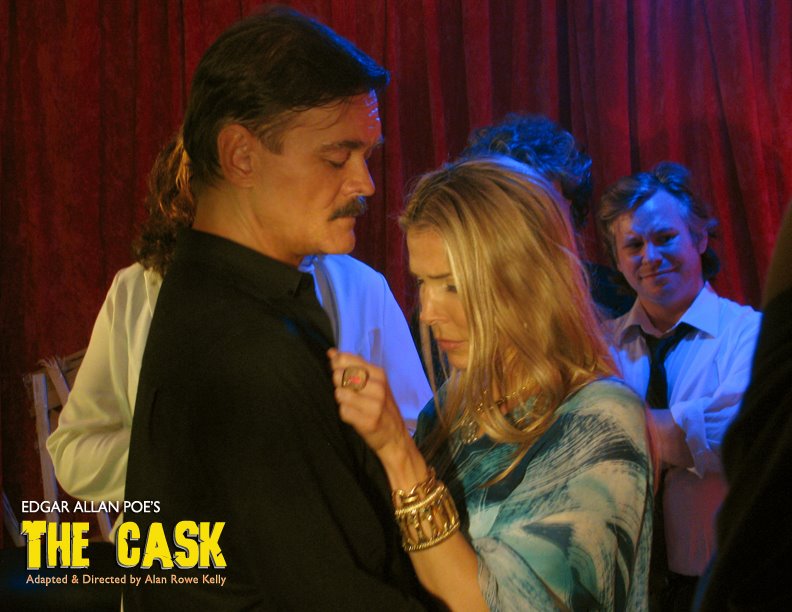 On the plus side, the lighting is perfect. It looks like it’s straight out of some 1960s drama, or a film noir with strong female leads. THE CASK is also a fabulous morality story, a la TALES FROM THE CRYPT. After seeing director Stuart Gordon’s episode of MASTERS OF HORROR, with another adaptation of a Poe classic, THE BLACK CAT, I really would have loved to see what he could have done with this — it seems like it would be right up his alley.

Lastly, and the worst of the three, is DREAMS. I’m unfamiliar with this Poe story, and is probably why I was least interested in it. Without DREAMS, TALES OF POE would have been a much more enjoyable movie. It lost the gore and high camp that made the first two vignettes fun, DREAMS is too artsy for it’s own good. It’s a psychedelic 1970s-style mind trip, which also brings to mind the 2009 minimalist demonic drama LO. To make matters worse, there is a tap-dancing African-American demon. Are you fucking serious? The only positive thing I can say about DREAMS is that the costumes lend well to the fantastical dreamscape. 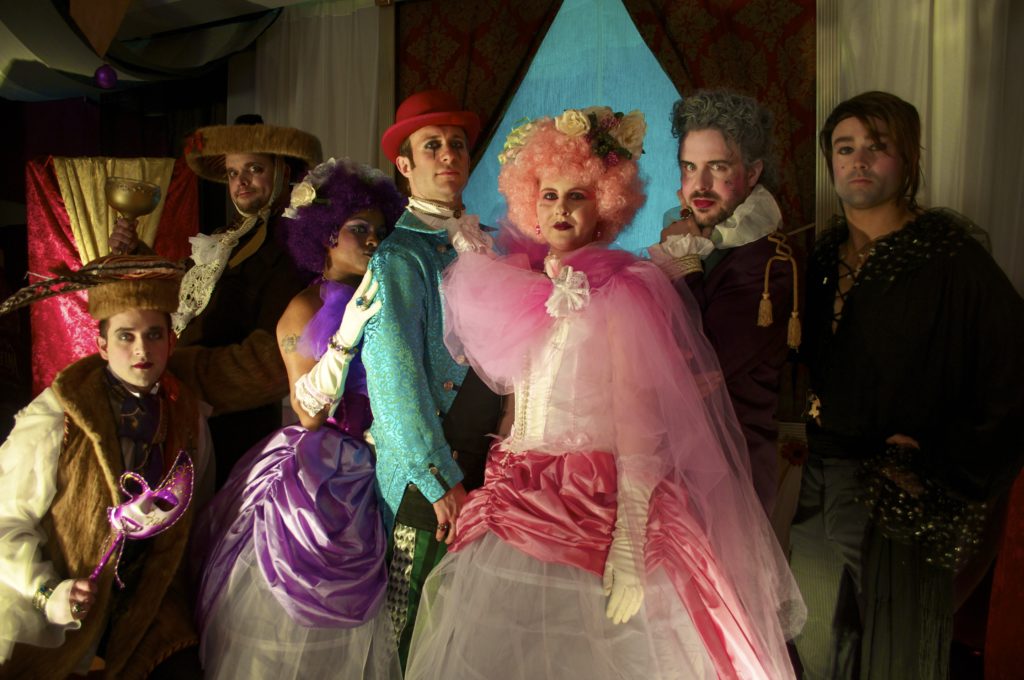 One of my favorite parts of any anthology horror movie is the wrap-around story. With no wrap-around story and a third act that just does nothing for me, it’s hard for me to get behind TALES OF POE. It hurts me to say that, because as a out gay horror nerd, I should love this! The cast is an ensemble of classic scream queens (Caroline Williams, Debbie Rochon, Adrienne King, Amy Steel, and Lesleh Donaldson) and gay icons like Randy Jones. A little less art and a little more gore, and TALES OF POE could have been something really special. Soon enough, you can judge for yourself — TALES OF POE will be available on DVD and digital HD on October 11th.