Welcome to Fan’s Labyrinth, the new column from our new contributor, Albert Muller! Find lots more of his writing here. 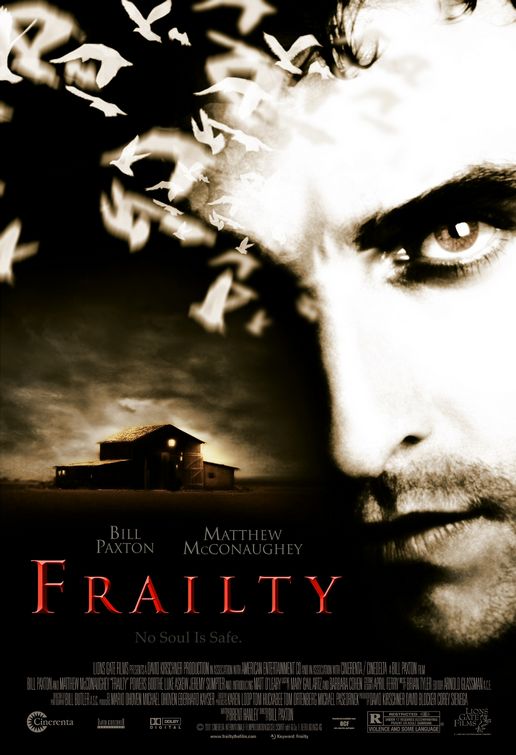 “Demons are taking over the world.” 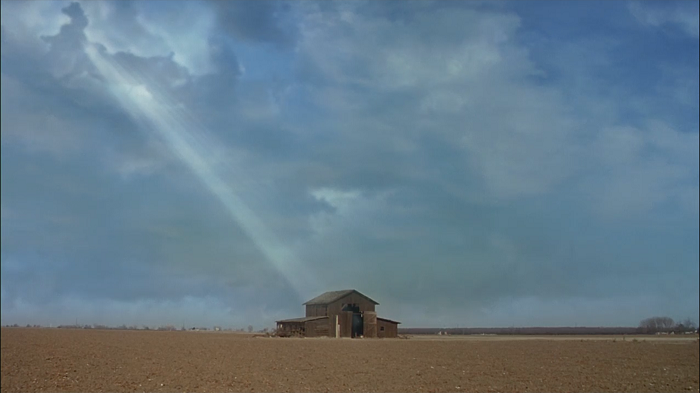 Upon hearing one character say this to another in Bill Paxton’s debut film as director, 2002’s FRAILTY, I sat up in my seat. It doesn’t occur very long into the movie, which was already in the process of pulling me in, but that line (and the manner in which it is delivered) got my full attention. 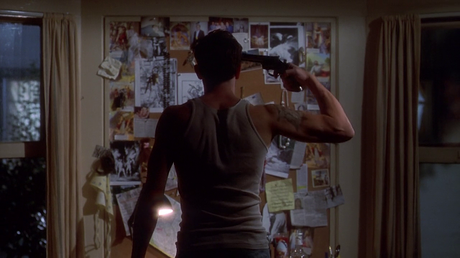 What was this madness? I had to know and you’d best believe I found out, getting much more than I bargained for in the process, because FRAILTY (based on an original script by Brent Hanley, his only feature produced to date) is an unqualified winner of a film. Sure, it’s clear that Paxton made a damn good movie his first time out, but I’m going to go further: I believe FRAILTY to be a classic of the horror genre, one liberally draped in an atmosphere of dread which buries bone-deep chills within the viewer as the questions it poses only become more disturbing the closer one comes to answering them. 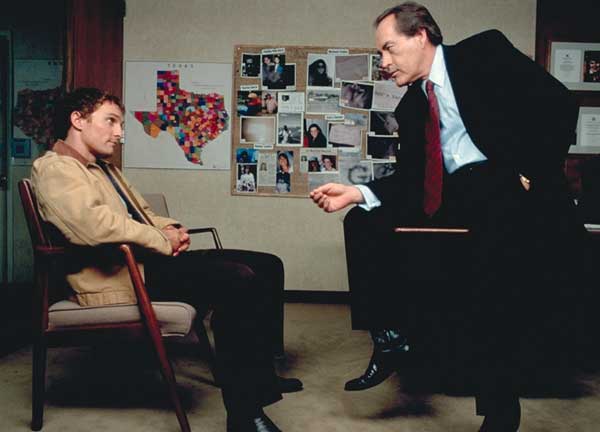 The story FRAILTY tells us is as straightforward as it gets, at least at the outset; FBI agent Wesley Doyle (Powers Boothe), on the trail of a particularly nasty serial murderer dubbed “The God’s Hand Killer,” is approached one dark night by Fenton Meiks (Matthew McConaughey), who claims to know the identity of the killer. As Doyle’s initial skepticism makes way to a sort of disgusted curiosity listening to the man’s tale, we flash back 20-odd years to the late 1970s, where we see Fenton’s childhood growing up with his brother and widowed father. The basic question the movie poses is this: let’s say your dearly devoted dad, who without a single doubt loves you and your sibling more than anything in the world, wakes you both up one night to inform you that God has spoken to him and revealed not just that demons exist among us, but that your family has been tasked to destroy them as holy warriors in a battle between the forces of good and evil — what do you do? 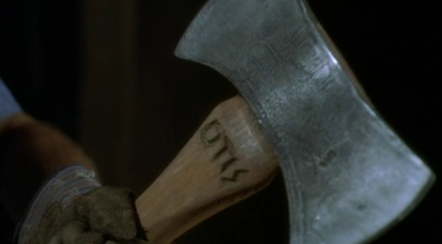 There are countless ways one could go wrong telling such a story with that setup, and over the years I have looked as deeply as possible, but I’ve yet to find a flaw in it. Simply put, Hanley’s script is just amazing; every single scene advances either story or character, precisely as it should. You’re dealing with a young boy who’s just reached adolescence in Fenton, having reached THAT age — where you realize your parents aren’t infallible gods but merely human beings capable of weakness and making mistakes like anyone — where a questioning nature can sometimes lead to rebellion. In Fenton’s reaction to Dad’s claims, Hanley shows that he’s aware just how insane this whole setup is and plays on that mercilessly, casually unafraid to use it against the viewer. Conversely, younger brother Adam still sees Dad as more of a God than anything, blindly following his words with wide eyes. The tension that Paxton is able to wring from Fenton’s need to protect his easily-led, malleable brother from a father he’s becoming more and more afraid of is considerable, and almost impossible not to relate to. 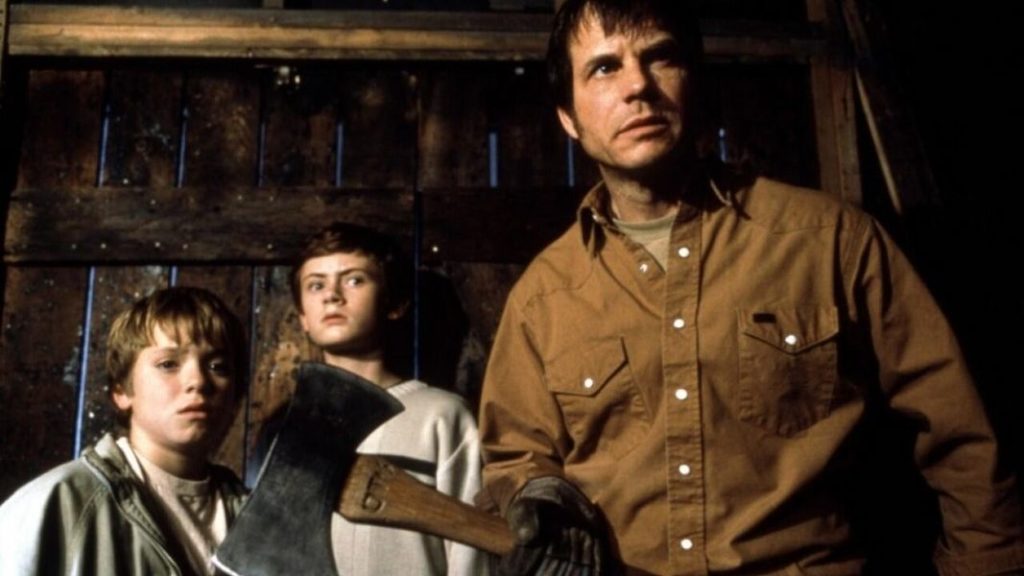 Truthfully, it’s sort of mind-blowing that this flick ever got made in the first place. When you first sit down and experience it, what you’re seeing is a man who has lost his mind and is now raising his sons to be serial killers, so of course you’d be forgiven for reading it as an awful story of child abuse (were it only that simple). The beauty of Paxton’s approach, one in which he never at any point takes a single wrong step, is that he suggests so much more than he shows. FRAILTY has very little onscreen violence — even if when it does occur there’s absolutely no question what’s happening — because Paxton the director is not at all interested in turning his film into a bloodbath gorefest. His film is frightening not in a visceral, gross-out way (which is key) but has designs that are far sinister; it wants to wind its way into your brain, where the ideas it plants will sprout and scratch the inside your skull. It wants to leave scars there and get to you. It’s terrifyingly good at doing so, and it isn’t just due to the horror of it all. The film scans as a tragedy, and it certainly is that… even if it’s not quite the type you might think it is. By the time the credits roll, you’re scared in a completely different way than you were earlier; this is not something achieved without quality storytelling and stellar execution. 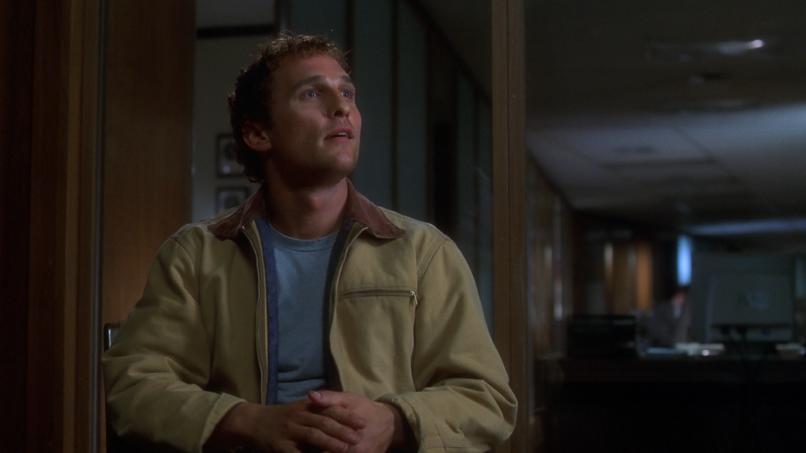 To bottom-line it here: Bill Paxton is on FIRE as both a director and an actor. It in no way feels like a first film; you’re reminded not just of the many great directors he’s worked with over the years but you realize just how much attention he must have paid to them. The tone of the piece (best described as “rural Gothic”) is pretty much perfect. It’s classically made to such a degree that it could easily have been released in the ’70s or ’80s without anyone being the wiser (there are only two shots I can think of that could be considered style for style’s sake and only one of those doesn’t completely work). Paxton’s work with his small cast — Matt O’Leary & Jeremy Sumpter as Fenton & Adam being the most integral here — is uniformly excellent. Both child actors are superb in their roles, and in the modern day scenes Boothe and McConaughey give equally fantastic turns. Also, Paxton himself gives what is almost certainly the best performance of his career, if that interests you (which it surely should). 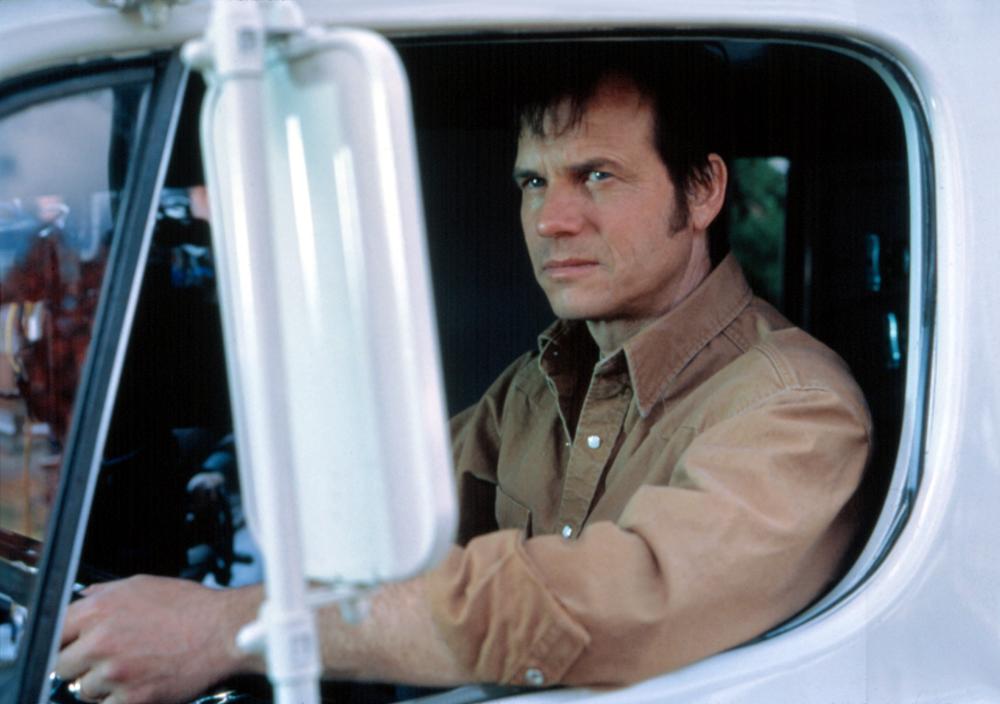 If you haven’t seen FRAILTY and are reading these words, I cannot stress strongly enough how quickly you should remedy that — I wasn’t trafficking in hyperbole earlier by calling it a modern classic. It’s remarkably cast and acted, with an intelligent, involving, and scary script, and the film is an excellent coming out for Bill Paxton as a director after decades in the business. Whether it’s your first viewing or your tenth, it’s a movie of myriad rewards for the faithful horror fan that deserves praise unending, so check it out. 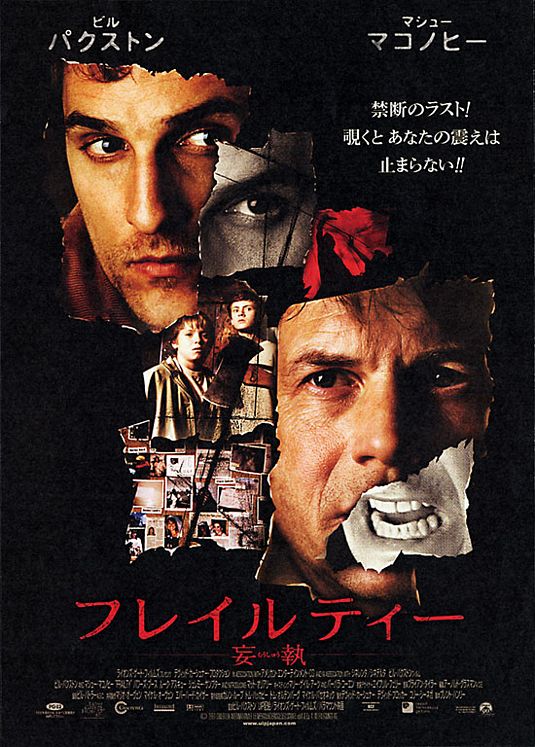