[STRAIGHT OUT OF STRAIGHT-TO-VIDEO] LUMBERJACK MAN (2015) 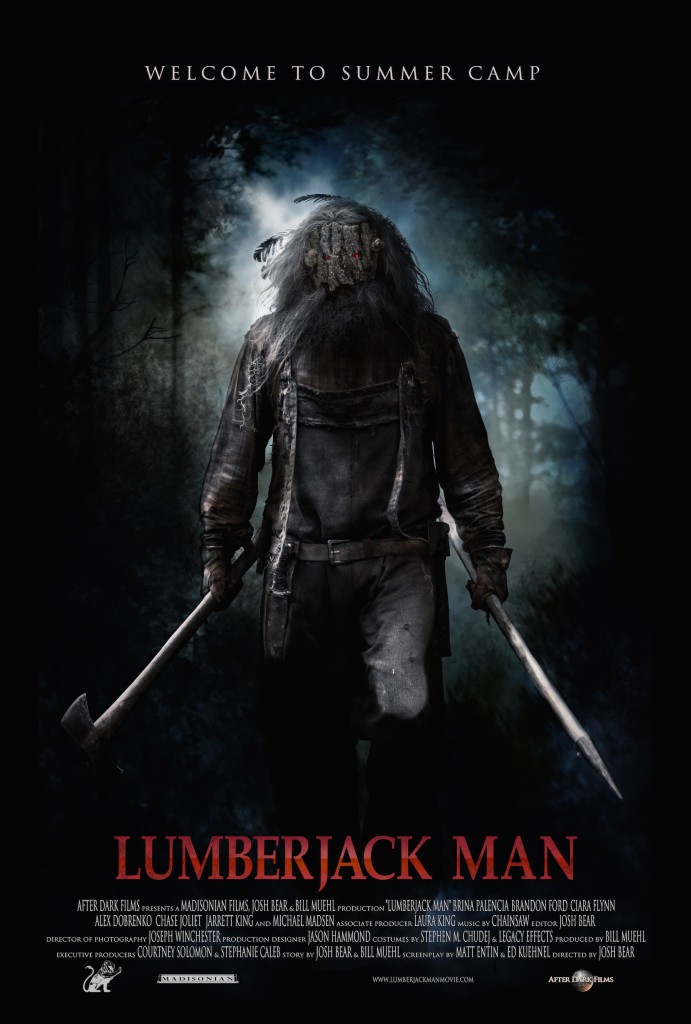 There have been countless slasher films over the past couple decades. Some have been smart, some cool, some funny. LUMBERJACK MAN is about as far away from smart as you can get, it really isn’t that cool, and it really tries hard to be funny, but never quite gets the belly laughs it’s hoping for. There have been plenty of times when I’m watching movies where I end up wondering, “What were they smoking?” This is one of those times I wish I had some of what they were smoking, so that I would think this was as funny as the creators clearly must have. 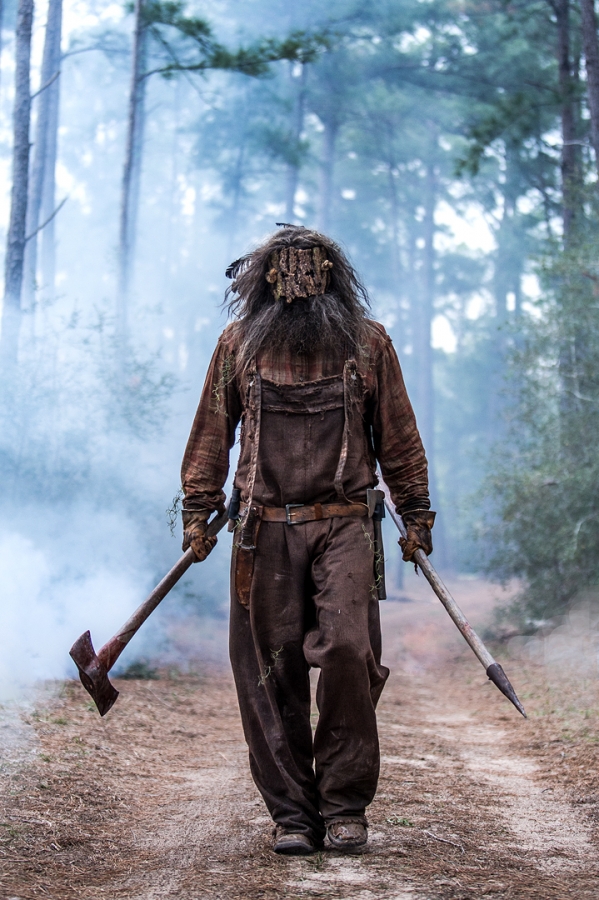 Before the movie even gets going, it opens on a ramshackle cabin, filled with old axes and other sorts of tools a movie slasher might use to dispose of his victims. It’s all very similar to 2006’s HATCHET, to name one example. The big difference between LUMBERJACK MAN and HATCHET is that HATCHET successfully apes the backwoods slashers of the 1980s, while LUMBERJACK MAN just sort of makes a mockery of the sub-genre. 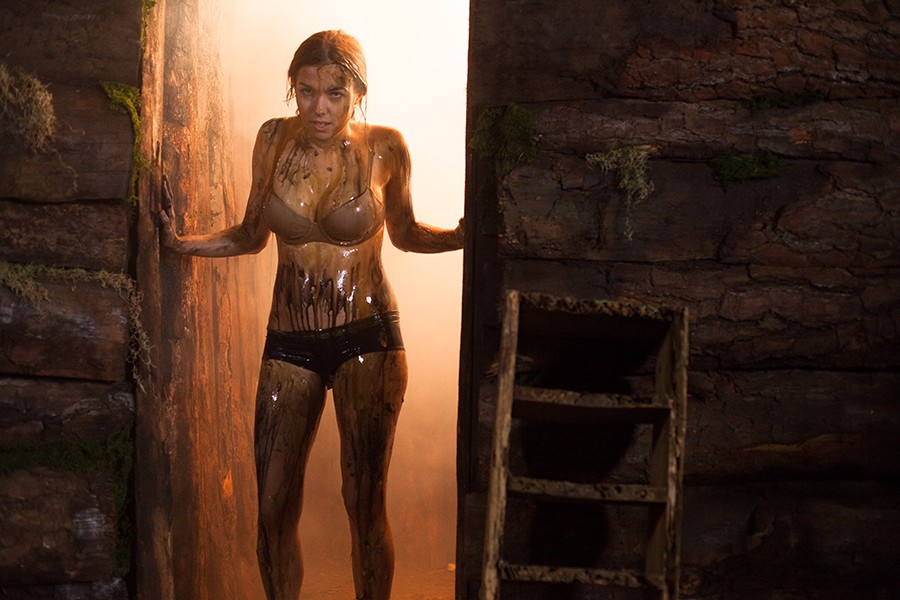 So in LUMBERJACK MAN, not only are we going to summer camp, but we are going to church summer camp. I actually went to church summer camp as a youngster, and I can at least say the actors playing the campers are very believable. Sure, they’re stock characters full of the usual tropes, but realistic. The new girl Faith (Ciara Flynn) is getting picked on, but she gives it right back. She won’t take any sass, and I like it! 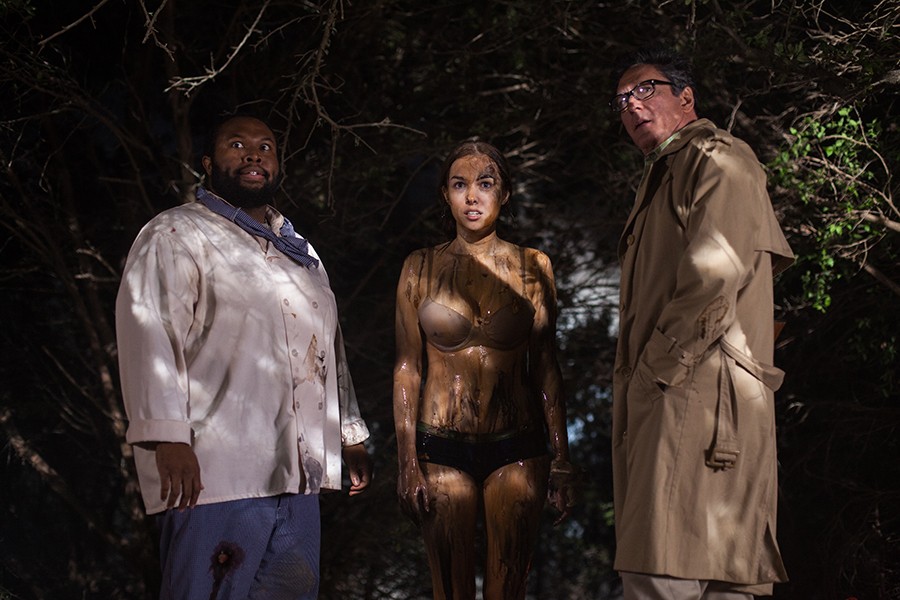 Hot on the trail of the campers is Dr. Peter Shirtcliff (Michael Madsen). Dr. Shirtcliff is this movie’s obvious nod to HALLOWEEN’s Dr. Loomis character. He wants to protect the innocent and hunt down the evil that lurks in the woods. He’s poking around town, asking various questions about the camp, the campers, where to buy ammo, and also flapjack mix. 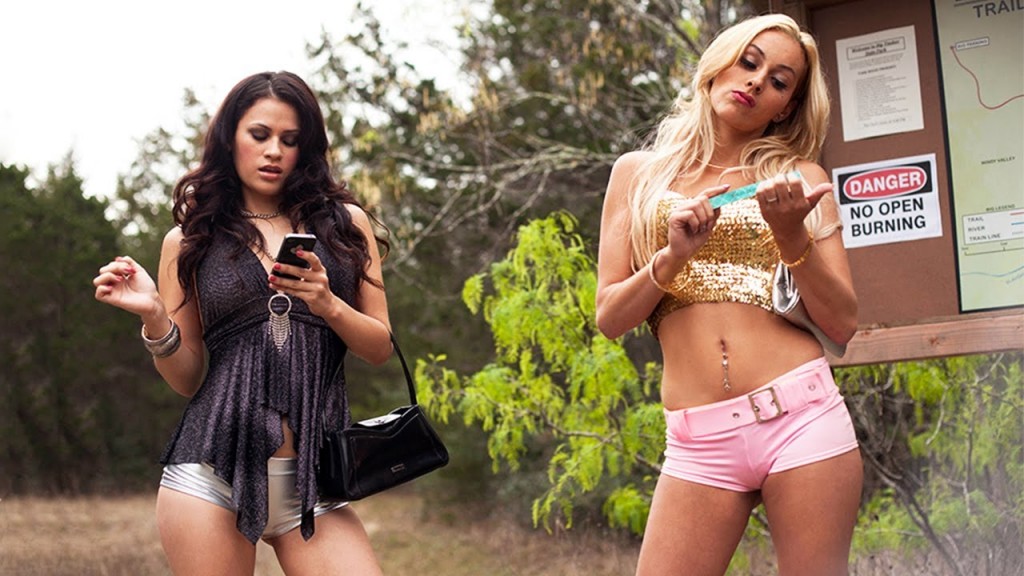 All the original rules of any 1980s-influenced slasher film are quickly set into play. Sex = death, smoking weed = death, being a dumb-ass teenager = death. The over-acting is off the wall here, but it still works for the most part. All the slasher kills are super gory! That said, and it could be the campground setting, but they are very familiar to all the kills horror fans have already seen in the FRIDAY THE 13TH and SLEEPAWAY CAMP franchises. 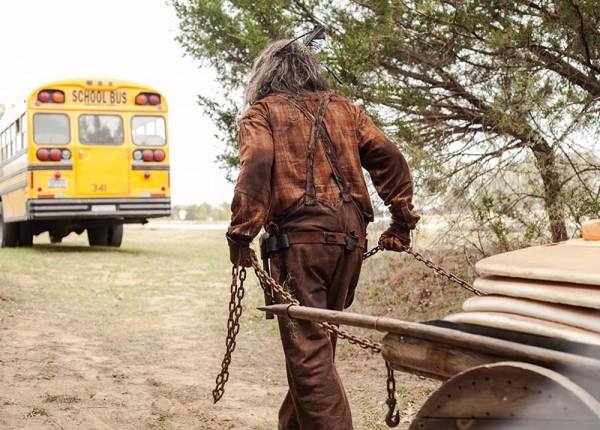 I’m starting to get it. LUMBERJACK MAN is much more of a teen sex comedy then it is a slasher film. Like a National Lampoon’s movie, but with a ton of blood and gore. Why so many references to pancakes? The killer even drags around a cart with giant pancakes on it. How much weed did the writers smoke so that the film got the munchies? 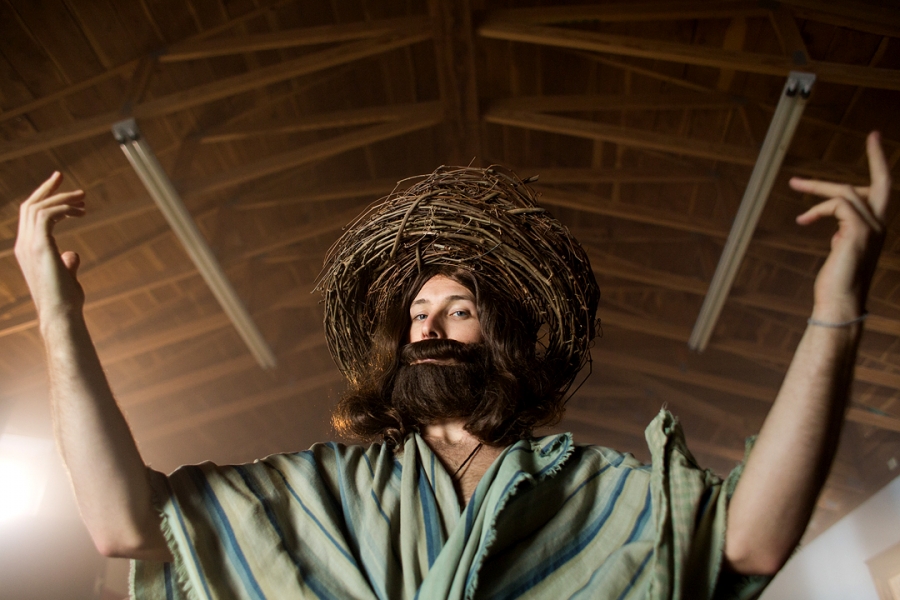 LUMBERJACK MAN finally hits the ridiculousness of the late 1970s & early 8190s directly on the head with a food-fight scene that could have come right out of ANIMAL HOUSE. To keep it going, there is an over-the-top partying scene with girls and one of the male campers dressed up like Jesus Christ. The killer quickly breaks up the tomfoolery, and we discover that he is some sort of supernatural being who can’t be stopped with bullets. 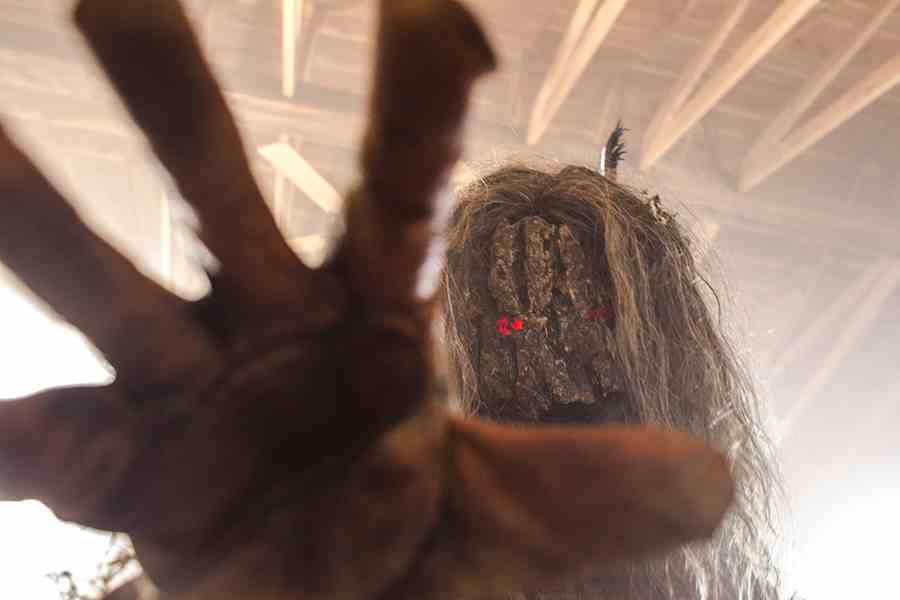 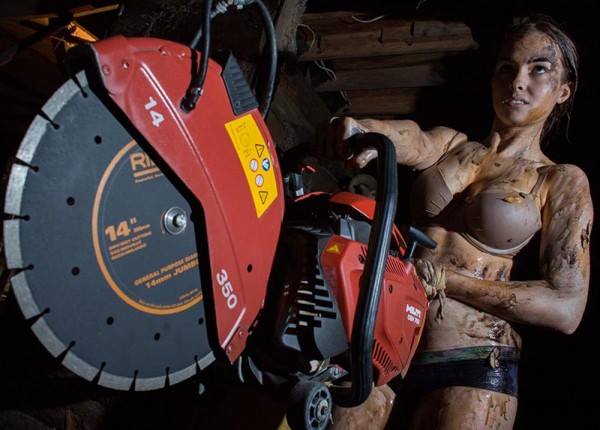 The madness of the film comes to a full tilt when the campers are all in the cafeteria eating, and in comes Lumberjack Man, set to kill everyone in the most gruesome way possible. It’s pure madness. It’s like the night club scene in HELLRAISER: HELL ON EARTH, though not as cool or fresh. The whole thing recalls the worst of Troma. Since LUMBERJACK MAN follows every other basic slasher trope, there is of course a final girl, and she of course has a secret. It’s all so similar to too many other films, most recently the 2014 musical slasher film STAGE FRIGHT. Luckily, there were no musical numbers in LUMBERJACK MAN, but that’s about all I can give it.
If you are a stoner who loves slasher films and teen sex comedies, then LUMBERJACK MAN is for you. Otherwise, not so much.