Director Frida Kempff has built her career around making both short and feature-length documentaries, telling stories about addiction, small towns, and a practice called psychic ballet. For her feature film debut, KNOCKING, Kempff plunges into the world genre filmmaking to examine the treatment of those with mental illness and how easily they are manipulated to believe they are crazy. 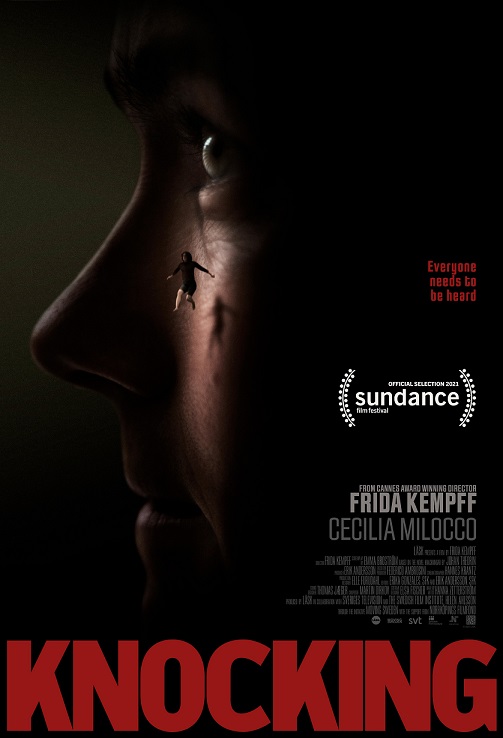 After spending a year in a mental health facility, Molly (Cecilia Milocco) is finally released back into the world where she can start picking up the pieces of her life. Her grief is still fresh over the death of her wife, she’s getting used to her new apartment, plus she is overwhelmed by a sweltering heat wave traveling across Europe. In this tumultuous period of her life, Molly begins to hear incessant knocking coming from upstairs. It keeps her awake at night and plagues her thoughts.

Naturally, she asks her upstairs neighbors about the sound and if they know where it’s coming from. They all deny any knowledge of the knocks and dismiss her as crazy. But Molly is persistent. Despite the constant gaslighting by her male neighbors, she is convinced someone needs help, especially as she also begins hearing a voice pleading for help. KNOCKING is all about discovering the truth behind Molly’s aural obsession.

KNOCKING effectively illustrates how women with even a hint of mental illness are treated as lesser than, as weak figures with weak minds who can’t process the world around them. Molly is made to feel delusional and even violent by the men above her, who talk down to her as if she is a child. Despite the continuous roadblocks, she does persist and instead of emphasizing her mental state, this emphasizes her rejection of male control.

Molly’s strength is created beautifully by the stunning Milocco, who through minimal dialogue and large swaths of silence, embodies the role of a woman already on the edge. She smokes cigarettes and stands in front of fans for brief respites, she looks timid and shy when she goes grocery shopping, the list goes on. Milocco is subtle in her portrayal of a woman trying to rebuild her life, making her more than a mad woman stereotype. 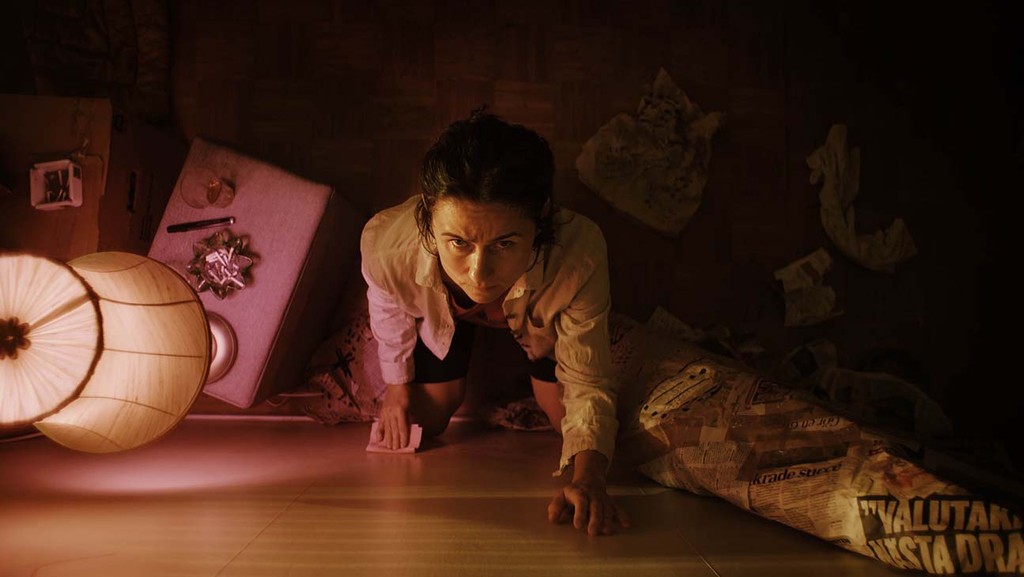 The film’s cinematography supports Milocco’s performance and focuses on her range of facial expressions to make the viewer closer to Molly and see her as more than just crazy, but as an actual person. In particular, there is a steadicam shot towards the film’s end that is focused just on Molly’s face as she runs through her apartment hallways. This stylistic choice puts the viewer in the same headspace as Molly and creates a chaotic and troubling confusion about what is real.

The small apartment is filmed in such a way that it feels both huge and claustrophobic. The walls press in on Molly as she sleeps on a mattress in the middle of the floor. She moves from being confined by the four walls of a mental institution to the four walls of her apartment. She is always trapped. Then, when the knocks start to reverberate through her home, suddenly the ceiling seems very far away, as if the source of the noise is just barely out of reach. KNOCKING’s cinematography expands and contracts in a way that is perfectly disorienting.

Unfortunately, the film’s ending causes KNOCKING to slightly unravel, which makes the satisfying ending feel strangely unsatisfactory and like it hasn’t been earned. Parts of the script openly contradict each other about what the viewer is supposed to believe is the truth and it leaves a lot of questions when this could have been a tightly wrapped and anxiety-inducing package. Kempff has a keen artistic eye that can only get better, especially when paired with a tighter script. KNOCKING is an admirable addition to the canon of queer horror and brings another director into the spotlight of genre directors to watch.