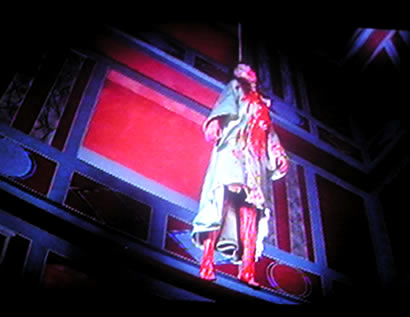 Sounds like David Gordon Green’s long promised remake of SUSPIRIA is finally coming to fruition. You know, because the last one sucked and all. The fuck?! Green wrote the script, which was of course based on Dario Argento’s film of the same name, along with Chris Gebert who’s previous credits include sound mixing projects for feature and television work. The flick is set to begin shooting in September and casting is underway.

Look, I like David Gordon Green… a lot. I think his films are consistently inventive and frequently go beyond the genre they stand in. I still am not sure how he so seamlessly went from SNOW ANGELS to PINEAPPLE EXPRESS. I am just not into remakes, I think they are pointless and I feel like I am being screwed out of the chance to really see what a director and crew can do. It’s like looking over the shoulder at someone else’s test to see the answers. Okay, bitch fest is over.