Takashi Miike’s HARA-KIRI, a Palme d’Or nominee at the 2011 Cannes Film Festival, is slashing its way to Blu-ray January 22nd. The ’62 film is nothing short of a critical indictment of Bushido (the way of the warrior). It is a careful measure of a warriors spirit and the delicate balance of the natural human spirit versus the actions of a soldier. As the world is becoming increasingly tired of war, this is a fascinating time for this film to resurface in our dialogue. The supplements on the press release look light but we’ll know the full list shortly. In the meantime, here’s the skinny:

From visionary auteur Takashi Miike (’13 Assassins,’ ‘Ichi the Killer’) comes the story of a mysterious samurai who arrives at the doorstep of his feudal lord, requesting an honorable death by ritual suicide in his courtyard. The lord threatens him with the brutal tale of Motome, a desperate young ronin who made a similar request with ulterior motives, only to meet a grisly end. Undaunted, the samurai begins to tell a story of his own, with an ending no one could see coming. With stunning cinematography and gripping performances, ‘Hara-Kiri: Death of a Samurai’ is a thrilling exploration of revenge, honor and individuality in the face of oppressive power. 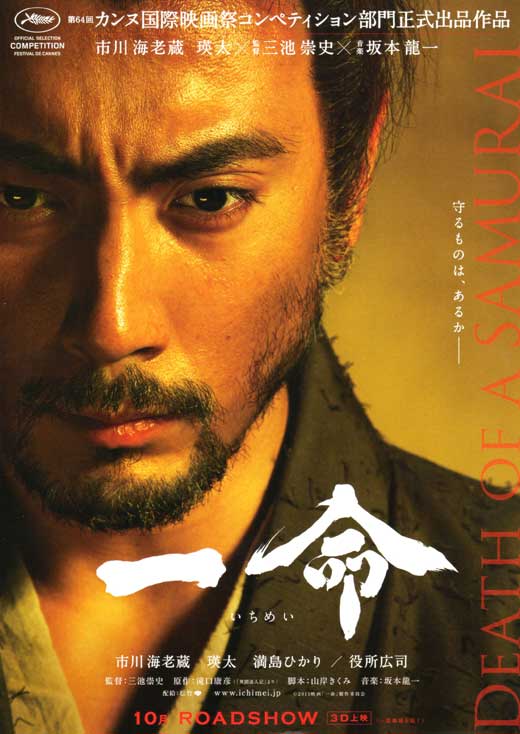