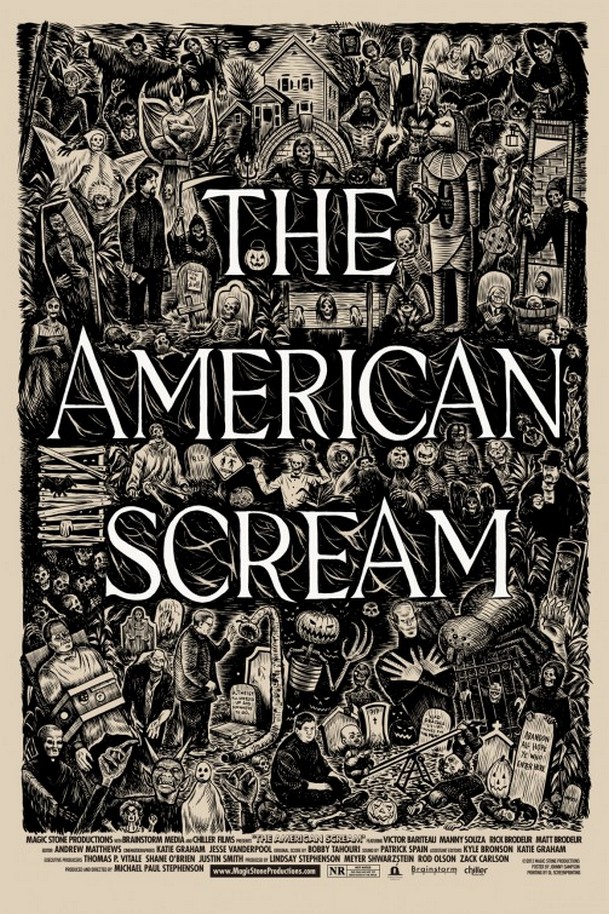 Most of us who trick or treated in a suburban area remember a neighbor who would go further than everyone else with their Halloween decorations. The art of creating a haunted house on ones own property, or “home haunting” as it is called here, is something embraced by a very small but very passionate segment of the population. These individuals spend 364 days a year getting ready for the one night that allows them to shine. It is inspiring to see such a devout level of commitment to a pursuit that the world at large has very little respect for. Director Michael Stephenson approaches this slightly off-kilter subject with the same fly-on-the-wall intimacy that he did with his first documentary, BEST WORST MOVIE. He is carving out a niche for himself as a filmmaker with a knack for finding the emotional core of underappreciated subcultures. 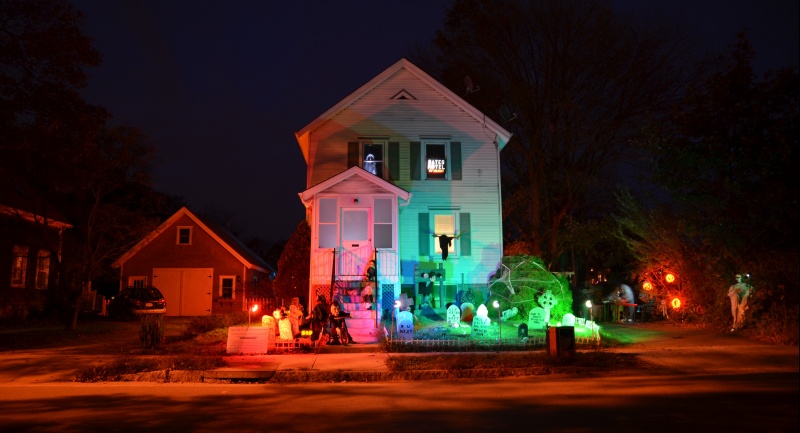 THE AMERICAN SCREAM explores the creative process of several home haunters in Fairhaven, MA. We meet a father/son duo and a pair of family men who use their free time immersing themselves in their hobby. We get the opportunity to observe their planning and more importantly how they interact with their families who are forced to participate in the haunting or at the very least accept that it will be a constant presence in their lives. 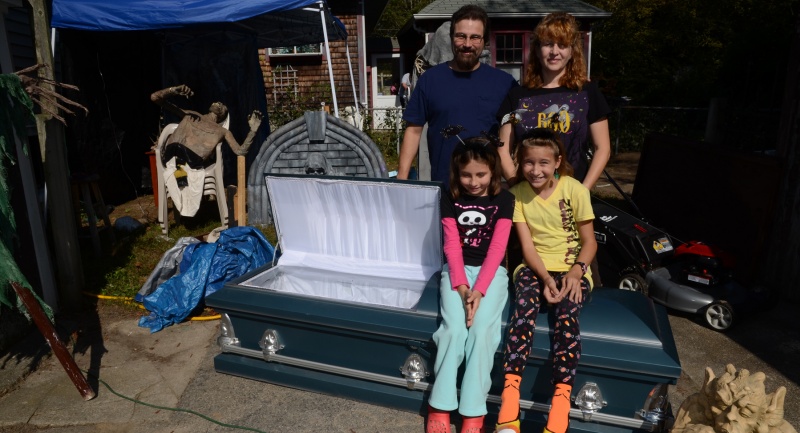 Stephenson’s greatest gift as a director is his ability to capture his subjects at their best. There is warmth that seeps through in every scene and it is beyond obvious that he has a tremendous amount of respect for the people he is filming. A less confident documentarian would play up the social awkwardness or potentially embarrassing behavior but the film never feels exploitative or mean-spirited. Stephenson celebrates these home haunters for following their dreams and listening to whatever voice inside them insists that the show must go on.