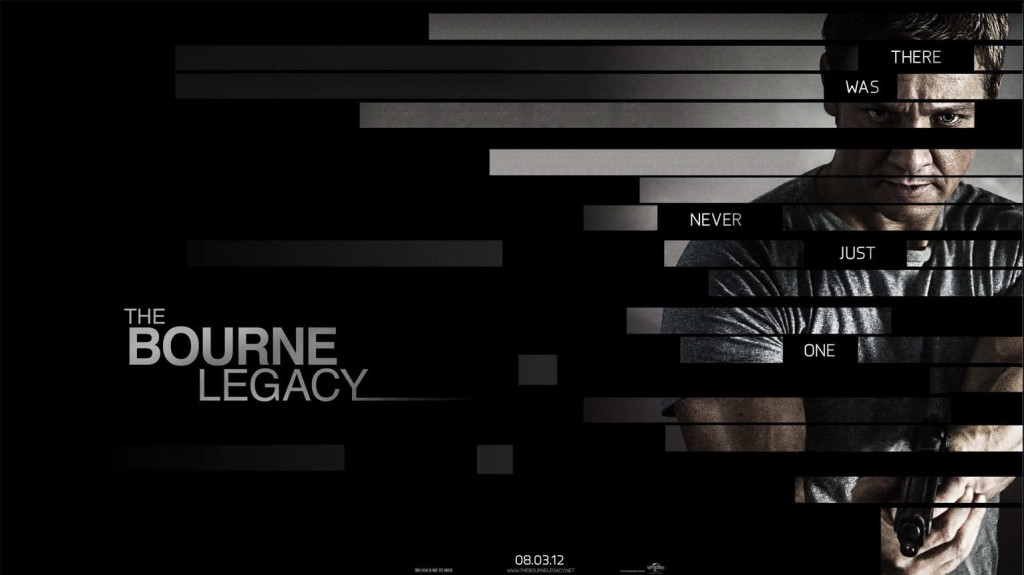 Universal presents a film directed by Tony Gilroy. Written by Tony Gilroy and Dan Gilroy, based on the novels by Robert Ludlum. Running time. 135 minutes. Rated PG-13 (for violence and action sequences).

How do you keep a franchise running strong after the star and the director of the last two films close the book on a potential return? You could go the reboot route which seems to be the flavor of the year, or you could take the franchise in another direction and tell a story set within in the same world. I commend Universal Pictures for choosing the latter, but they almost messed up a good thing with too much clutter, an uninspired plot, and a talky first half that doesn’t deliver the fast paced action we’ve come to expect from a franchise built on speed and smarts. Aaron Cross can handle himself in a fight, but he’s no Jason Bourne. 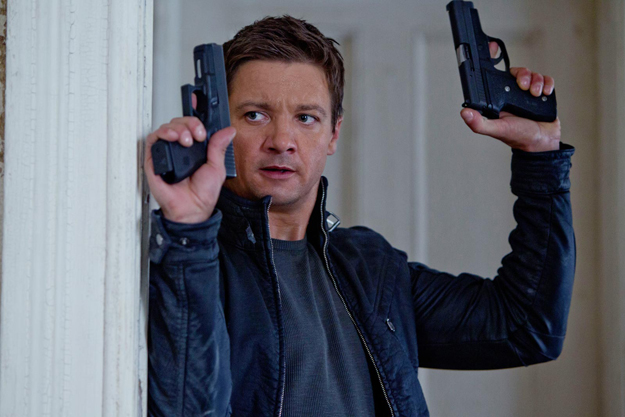 So here’s the deal. Taking place as the events of THE BOURNE ULTIMATUM are happening, THE BOURNE LEGACY stars Jeremy Renner as Aaron Cross who we first meet in the snowy mountains of Alaska on a training exercise, fighting wolfs and popping pills that make him smarter, faster, and stronger than the those wimps in Treadstone and Blackbrier. Cross works for Operation: Outcome and becomes a threat when his program is quickly shutdown after Jason Bourne is exposed. A shutdown program means a shutdown drug supply and that’s when Cross goes all LESS THAN ZERO and does what he has to do to maintain his supply which for Rachel Weisz means being kidnapped (more or less) by the super human. Like the other films in the series there is a large cast of character actors who take turns looking concerned and barking orders including Edward Norton (who looks bored), Stacy Keach (who looks like he just got up from a nap) with David Stratharain, Joan Allen, Scott Glenn, and Albert Finney returning to the series for another round.

Jason Bourne didn’t need drugs to do what he did. Sure he needed a good brain washing but he was organic. He was a product of an incredibly intense, slightly corrupt, government training program, but he wasn’t a junkie. He was very human and once awake, very lost. We connected with Bourne and wanted to know where he came from and how he got to where he was. With Renner’s Cross, he feels artificial. They have made him more or less like Wolverine, a fast healing, nearly invincible badass, which is fine but if there isn’t a compelling human component to his story then why should we follow him? Why should we invest ourselves? What’s the emotional stake? Weisz doesn’t help, she just rattles off scientific jargon that seems to be there only to remind us how smart that character is, so what are we left with? This is a film in the Bourne universe so we are left with action, and fortunately the final act of this film is loaded with several effective chase scenes that are very well constructed unlike the fight scenes which employ the same quick cuts present in THE BOURNE IDENTITY which I find to be a bit too chaotic. 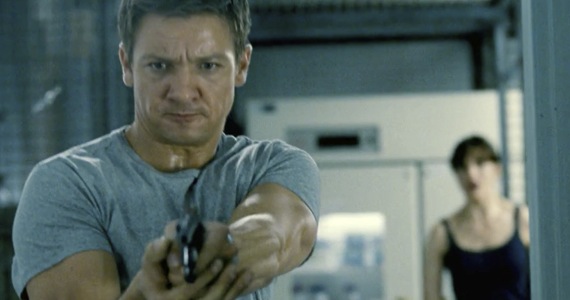 Tony Gilroy, who wrote or co-wrote the previous three films, takes over directing duties as well this time, and it’s clear that he is attempting to change the flow of the film and highlight characters rather than set pieces. It’s a move I appreciate but I think it is going to be a tough sell for fans that’ve come to expect a certain level excitement in the brand. Gilroy, however, doesn’t recognize this until the end of the film. Renner is a great actor and he’s good in the role as Cross which makes THE BOURNE LEGACY okay as a standalone film despite its problems. Next time however, it should remember whose name is in the title.