NEVER LET GO is an incredibly intense action-thriller which picks up the pace quickly from the beginning and aptly, never lets up. When a single mother, Lisa Brennan, played with fierce strength by the relative unknown Angela Dixon, has her child abducted, she decides to take the law into her own hands and stop at no length to get her baby back. The film asks an interesting moral question — how far is too far when it involves the maternal instinct and your own child? What the abductor and those standing against her don’t know is that Lisa is an ex intelligence/security operative with a background in protective training, so she is, as some assert in the film, not exactly “normal.” The abductors have decided to mess with the wrong woman this time, and she will prove it.

The film opens with some frightening statistics about the amount of children who go missing every year, and that there is only a three-hour window before the chance of finding them again is less than 25 percent. This fearful motivation drives Lisa as she experiences abduction while vacationing in Morocco to relieve stress with her baby. As Lisa chases after her abductor, the scenery of Morocco becomes a character in itself, with relentless, endless twisting alleyways, rooftops, and marketplaces. Lisa is constantly in motion, sprawling bare-footed across buildings and between corridors, leaping, running, and kicking her way toward her goal.

The film bares its absolute moral question when Lisa is confronted by the law about actions she has taken in order to get her child back that were illegal. Do these questions matter when your baby’s life is at stake and that precious window of time is ticking out of reach? Writer and director Howard J. Ford (THE DEAD) seems to side with the powerhouse strong female Lisa, that these questions become a grey area when a crisis of this magnitude is faced. The camera stays trained on Lisa’s increasingly desperate moves but never judges her. Even as the city’s law enforcement turns against her and begins to doubt that she brought a baby into the country, Lisa is highlighted as the intelligent and resourceful heroine, using her street smarts and training to great effect in order to do everything she can to succeed.

Ultimately, NEVER LET GO is a thrill ride that will keep you on the edge of your seat with multiple twists and turns, believing and hoping that Lisa will somehow accomplish the impossible and recover her baby just through her sheer bad-assery, even with how unattainable that seems with every new twist in the plot and in the alleyways of Marrakesh. Writer and director Howard X. Ford does an excellent job creating an action-thriller balanced with the sheer drama of a mother losing her baby, and injecting such a genre film with that troubled emotion and heart. In addition, Angela Dixon as Lisa brings to life one of the most unforgettable female action stars of the last few years–wildly possessed, superhumanly strong, and selflessly devoted. Daily Grindhouse got the chance to speak to writer and director Howard X. Ford about his creation, and the results are below: 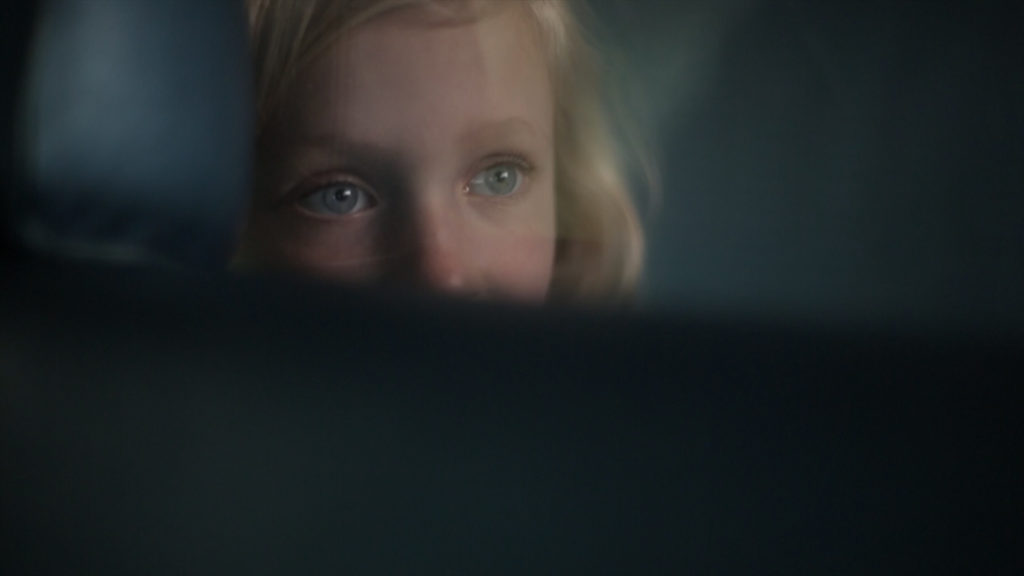 Howard Ford: In many ways the entirety of NEVER LET GO is inspired by the moment I lost my three year old son whilst on vacation in Malta. I thought he’d been abducted from the busy bustling resort where we were staying, and I was running around calling his name waiting to pounce on his kidnappers and gouge their eyes out, or whatever I needed to do to get him back. But the whole time, he was at the bottom of one of the pools drowning, and I only just got him out in time. It was an extremely close call, and it got me thinking about this terrible loss parents must experience. My heart truly goes out to the parents of missing children, and the further horror on top of that when they unjustly become the suspects. That’s why certain events unfold the way they do in the film. It’s fact and fiction intertwined, but those statistics I put on screen gobsmacked me when I found them, so I had to put them up.

Daily Grindhouse: Why did you choose to set the film in Morocco?

Howard Ford: I was originally going to film in Malta, which is also a beautiful place, but I wanted one of the layers in the plot to be about the trade in skin. The selling of lives, and that came about, then I found the incredible leather processing plants called Tanneries, and I just had to film there. I also wanted the main character to have to go through the most difficult-looking terrain possible, and the maze-like alleyways of Marrakesh I felt would add more tension to the plot, physically speaking. It certainly did in the shooting of it!

Daily Grindhouse: There is a big question in the film about Lisa’s guilt for crimes committed. Do you feel like Lisa’s actions were justified by the loss of her baby?

Howard Ford: Yes, I do feel like they are justified, and I hope when people watch NEVER LET GO, they also ask an internal question about themselves and what they would do. For me, I’m not a violent person at all, quite the opposite I hope — but I would do absolutely anything to get my child back, including maiming, killing, and breaking every law there is, and I bet most people would do the same. And get this, I’m just a man. What do I know about that ‘instinct’ that surely a mother must have after growing and carrying this being inside her and painfully and compromisingly giving birth to it before that cord is cut? THAT is something I wanted to explore, that I felt other films were lacking. The female perspective..

Daily Grindhouse: What was it like shooting an action-thriller on such a limited budget?

Howard Ford: It was honestly an absolute nightmare! Trying to make a thriller like this, that journeys across three countries with all sorts of action going on, including our star jumping across rooftops barefoot and all sorts of challenging things with an extremely limited budget was incredibly stressful, but I am very grateful for the cast and crew sticking with the difficulties, such as threats of arrest and death to get to the finish line! 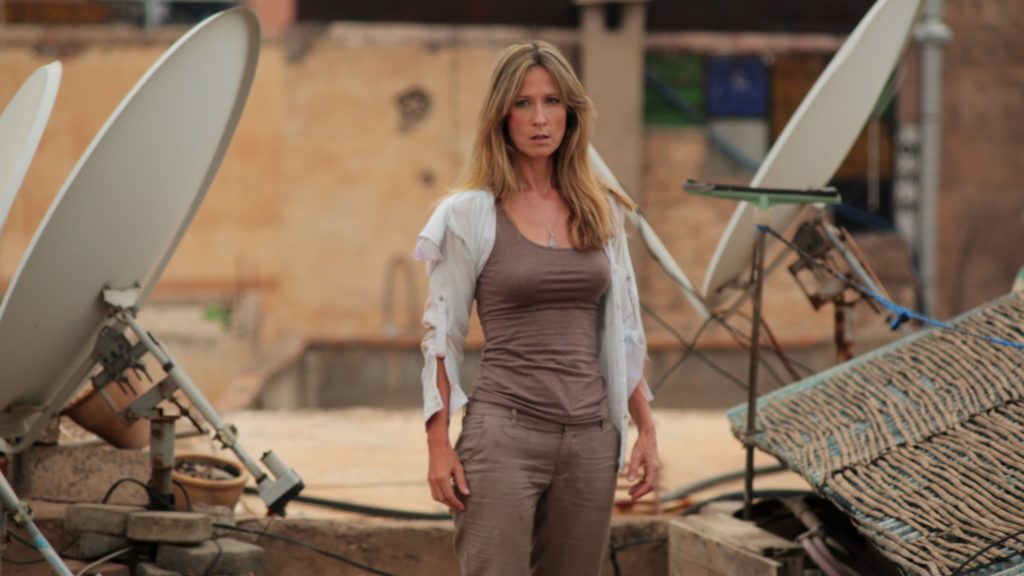 Daily Grindhouse: How did you decide to cast Angela Dixon, a relative unknown, in the lead role?

Howard Ford: I met Angela several years before at the Cannes Film Festival, and I liked her work and liked her as a person. She had a great depth to her work, and was also extremely physically fit, particularly for her age. Then when the harrowing situation occurred with my own child, and I wanted to write a film about a woman trying to take back her child, Angela immediately came to mind. It’s always a risk casting an unknown, but with Angela in the role of Lisa Brennan, you get a character, not a celebrity, and as it turns out, audiences are incredibly supportive of that. Angela’s performance in NEVER LET GO has since been called ‘Oscar worthy’ and ‘one of the most important female roles of the cinematic year,’ and we were also voted the best independent film of 2016 at the National Film Awards, and I’m so grateful for all this amazing support and reaction.

Daily Grindhouse: How did you keep up the suspense with all the twists and turns in the movie — including the major twist at the end?

Howard Ford: I’m very happy you felt all the twists, and I really wanted to have the audience think a little deeper and not play everything straight. Including that our main protagonist is flawed in some way, and on medication — that is the start of the doubt that she even had a child. This all came out during the writing stage, and I must admit, the story really just fell out of me. I wrote NEVER LET GO faster than any other script. I sometimes wonder if I’m ‘channelling’ something when this is happening, as it feels like there is a higher force at work! The final twist came at me one night after I was approaching the end of the first draft. I sat up in bed and went, ‘Oh My God!’ — then rushed to write it down. Of course, it’s all in the eye of the beholder what is liked, or not — no story is perfect for everyone, I just hope to give people a unique experience. 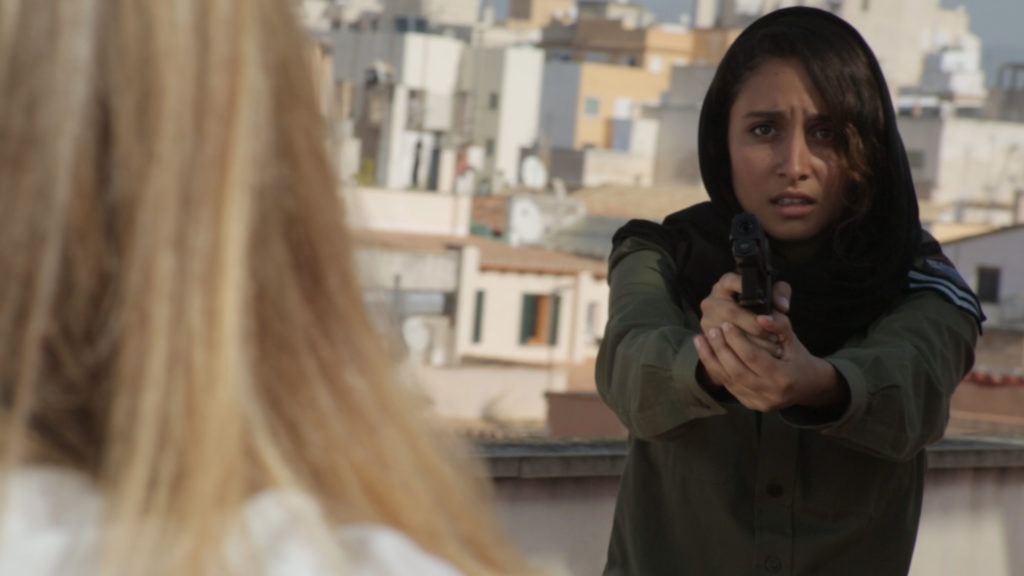 Daily Grindhouse: How did you strike the balance between an action-thriller and a drama?

Howard Ford: For me, it’s probably more drama than it is action, it’s just the drama is unfolding so fast, as there is a limited window of time in which to get this child back before it’s too late. I wanted there to be a graph, like a rollercoaster, that has peaks and troughs, highs and lows, and a pulse. I also wanted reflective moments, emotional moments where you could just feel and think, before it pumps up again, and there is something around the corner you didn’t expect.

Daily Grindhouse: What other action-thrillers influenced you in the creation of this film?

Howard Ford: I haven’t told anyone else this, but ever since seeing RUN LOLA RUN, which I saw at an old theatre when visiting Los Angeles — such a brilliant film. I hadn’t sat down in my seat properly when it started, and I never did. I was quite literally on the edge of my seat. So that is more an influence than the ‘Homeland meets TAKEN‘ [description], which I’m seeing a lot of. To be honest, NEVER LET GO is not like any of these. It’s a journey movie, both physically and emotionally, and I really want people to question themselves when they see it. Ironically, I also want people to appreciate the beauty of the locations they are in.

Daily Grindhouse: How much did the setting of Morocco inspire you in the creation of this film?

Howard Ford: Morocco is an incredibly beautiful place, and I totally recommend a visit. It’s not an easy place to make an independent movie, but the vibrancy, the life, the colours, the textures, and all the hidden attributes make it a fascinating place, like no other I have seen. The tanneries were key for me, and although they are quite disturbing, and — by the way — disgusting-smelling places, they just have to be seen. In many ways, even if you didn’t like the film, I believe it’s worth a watch just to be taken on a tour of the cityscapes and the wilderness and the dusty villages and all sorts of cave-like abodes you will end up seeing on the journey that is NEVER LET GO!