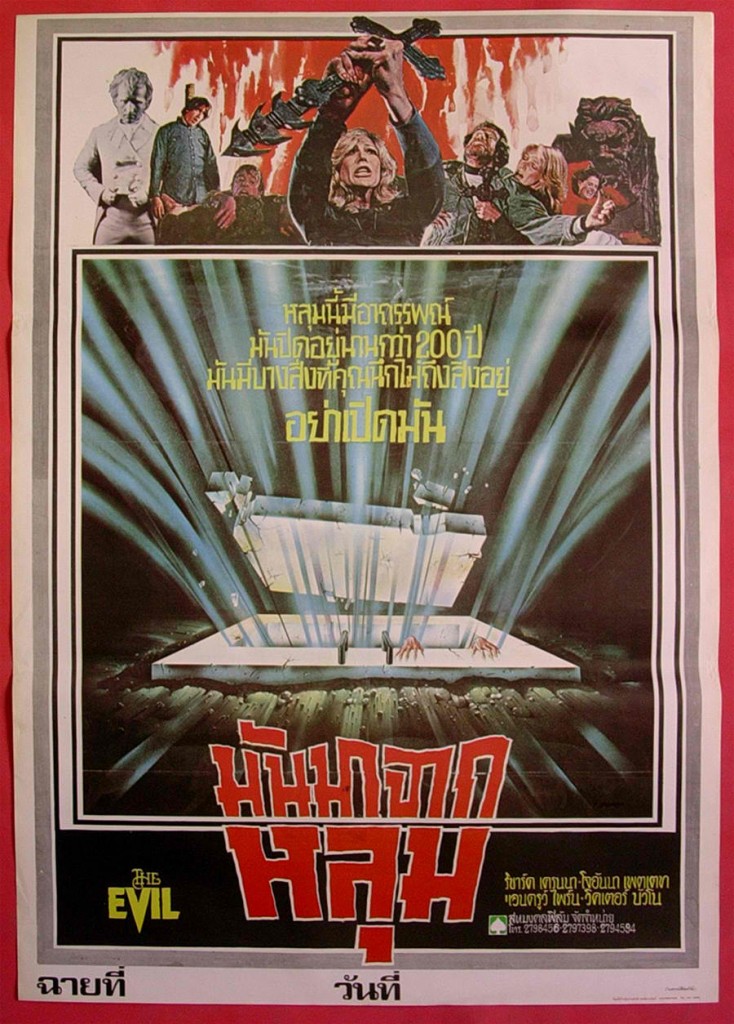 It can boast a few decent moments: the occasional scare, Andrew Prine being creepy, Victor Buono as a weird devil – but overall I found myself hitting FAST FORWARD more often than not.

I think part of the issue is the invisible villains, a la CAVE DWELLERS. Having actors react to something that obviously isn’t there simply doesn’t work. Though if you dig rape-y invisible ghosts, THE EVIL might be right up your sick alley. Or you could just check out THE ENTITY, ya weirdo.