It’s a tale as old as time: a young couple on the road happens upon a murderous cabal somewhere in the backwoods of middle America. THE FARM, from writer/director Hans Stjernsward, is a direct descendent of THE TEXAS CHAINSAW MASSACRE. The film may not bring much new to the table, but it’s an effectively lean shocker that is certain to appeal to midnight audiences on a diet of pure trash.

Nora (Nora Yessayan) and Alec (Alec Gaylord) are a perfectly average couple on the road, just trying to make their way home. They are easy going and likeable in the way the actors play of each other. THE FARM never makes the audience feel that the leads are safe. There is a sense of foreboding from the opening frames of the film, paired with Sergei Stern’s FRIDAY THE 13TH influenced score, that lets the audience know that things aren’t going to end up well for these characters. After a weird encounter with a geriatric 700 Club viewer—acting as the Crazy Ralph of the film—the two need to decide whether they’re going to soldier on their way home or spend the night at a local bed and breakfast. You know how this is going to end up. 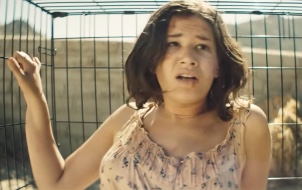 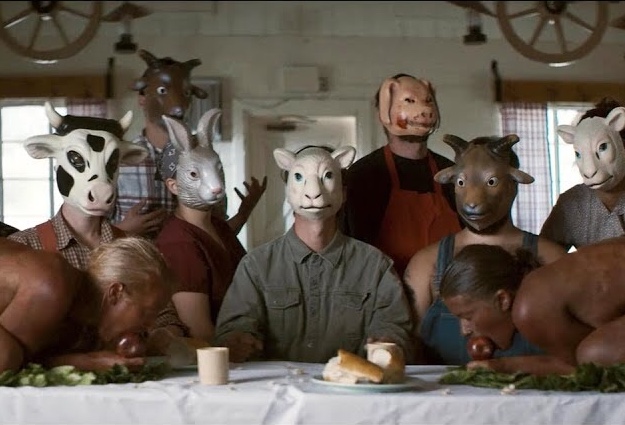 There’s one gleefully shocking moment—played in complete poor taste—that will either have audiences gasping, uncomfortable laughing, or walking out of the theater. The film is expertly shot by Egor Povolotskiy. It was an interesting choice to shoot the majority of the film in harsh sunlight, but it’s so slick that THE FARM never feels truly transgressive which may have made the film as memorable as a film like TEXAS CHAINSAW, but there is absolutely plenty of top notch gore effects, tension and scares. The final image is a little silly—perhaps a little too on the nose—but its certainly memorable, and that’s THE FARM in a nutshell.