Home  ⁄  The Wire  ⁄  JOE DANTE’S THE HOLE GETS A TRAILER AND A THEATRICAL AND BLU-RAY/DVD RELEASE DATE!

If you’re a Joe Dante fan, and if you’re reading this site odds are high that you are, then I have some news that is beyond cool. I am talking Johnny Cash cool. Dante’s latest film THE HOLE has finally been scheduled for release! After premiering nearly three years ago at the 2009 Toronto Film Festival, it looks like September 28th, 2012 is going to be the day one of our favorite directors is back in theatres, with a VOD, Blu-ray/DVD release date just a few days after on October 2nd.

The film centers around a family who discover a latched door in their cellar and once unlocked they find a tired and hungry Dick Miller. Kidding, they actually find that the hole brings their darkest fears to life. Miller does of course log in another Dante cameo though so keep your eyes peeled and avoid IMDB to remain spoiler free. Dig the trailer! 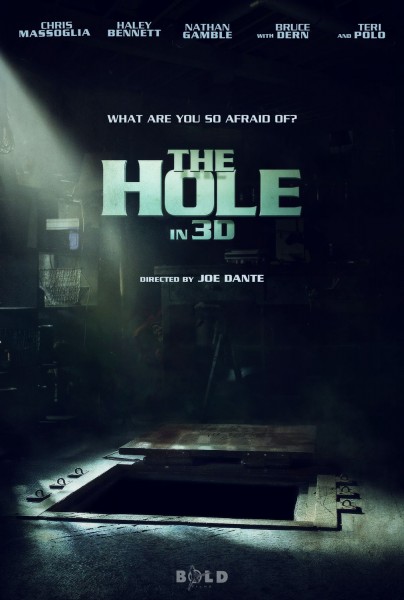 This the international poster which I like a little more: 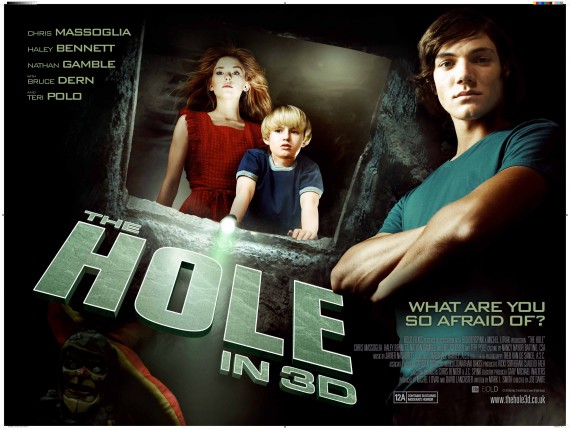 The skinny on the plot:
Susan and her sons Dane and Lucas Thompson move from Brooklyn to Bensonville, in the countryside. Dane is upset with the constant changes of address and the family has lived in many cities. Lucas and Dane befriend their next door neighbor, the gorgeous Julie and the brothers find a bottomless hole in the basement of their house locked with several padlocks. They take the locks off and sooner they are haunted by their darkest fears. Further, they believe that the hole might be a gateway to hell.