The water is wet, the sky is blue, and another beloved classic just got booked on the remake train. HE INCREDIBLE SHRINKING MAN which will soon be hitting the big (irony) screens once again courtesy of a slicked up remake that will most likely be deep fried in CGI. We aren’t anti-remake, we’re just anti-bad remakes. And at this early point, it doesn’t sound like it’s getting off on the right foot.

The film will once again be written by the original scribe Richard Matheson (87), but he will also be joined by his sperm/son. Matheson plans to write “an existential action movie.” Fair enough, I can see that element in play here. But we’ve also read in a few places that the father and son combo will be modernizing the story and exploring nanotechnology and other advancements. That’s where this starts to go south.

What made the original unique was that you went in expecting a science fiction adventure film, but while it had plenty of adventure, it more or less ditched the sci-fi angle and settled for horror which worked amazingly well for the overall plot. Jack Arnold understood that this tale was only really going to work if he was able to capture how horrific the idea OF becoming 36 1/2 inches is; everything is a threat (and getting laid is impossible). The original is really a unique film and whoever ultimately takes this project on (if it should end up getting the green light) should remember that less sci-fi is going to mean more dollars. Follow the rule of a good time travel film like 12 MONKEYS, no need to explain the how just the why. 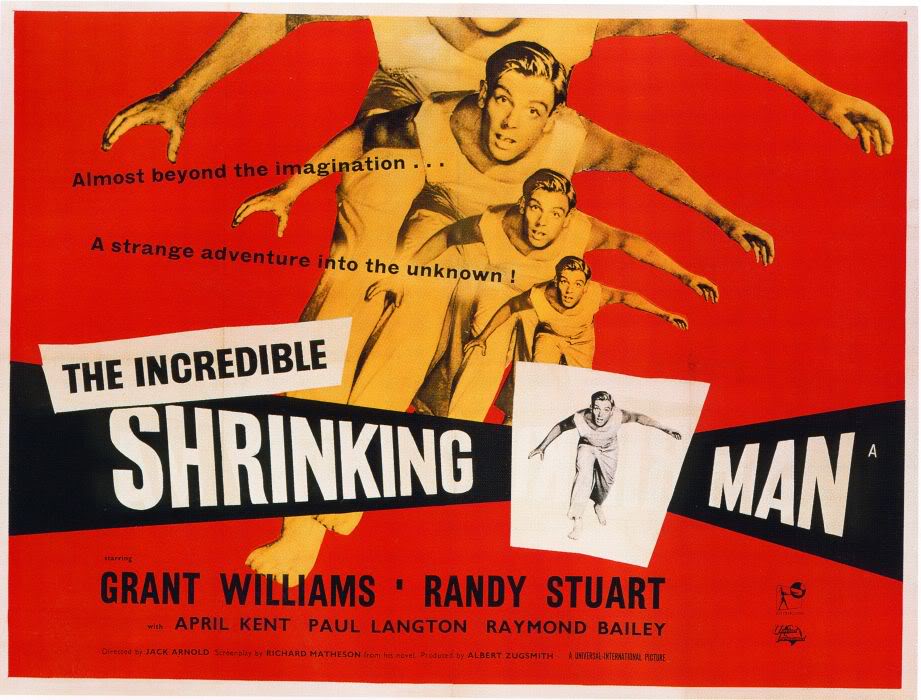