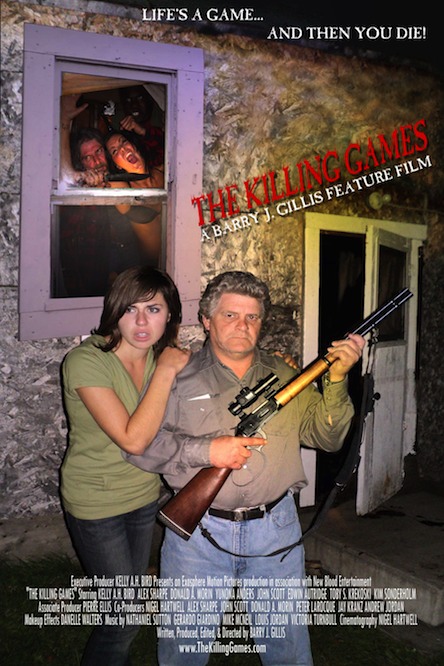 Barry J. Gillis may be one of the most unique auteurs of cult cinema working today. You don’t just watch his films, you experience them. For better or worse they camp out in your head long after the credits have rolled. And that was before his latest effort. THE KILLING GAMES (2012) is a dark alley, a basement in an abandoned house that smells of death, a nightmare that steals your scream. With odd characters and a mean streak that stretches for miles, Gillis has created a macabre cult masterpiece that is proudly deranged and angry.

Here’s the deal: Elysia (Yunona Anders) and her friend witness a couple in a carnal act shortly before they are butchered by the twisted pair known as Son of Satan (Edwin Autridge) and Dirty Jesus (John Scott who looks like he’s on parole from hell), the evil duo give chase and while Elysia manages to escape, her friend isn’t so lucky. Back at home her dad, Birdman (Kelly A.H. Bird), is caring for his wife who’s dying from a mysterious illness when he begins to worry about his daughter and soon takes the law into his own hands. Death, carnage, chaos and a Gillis cameo follows. 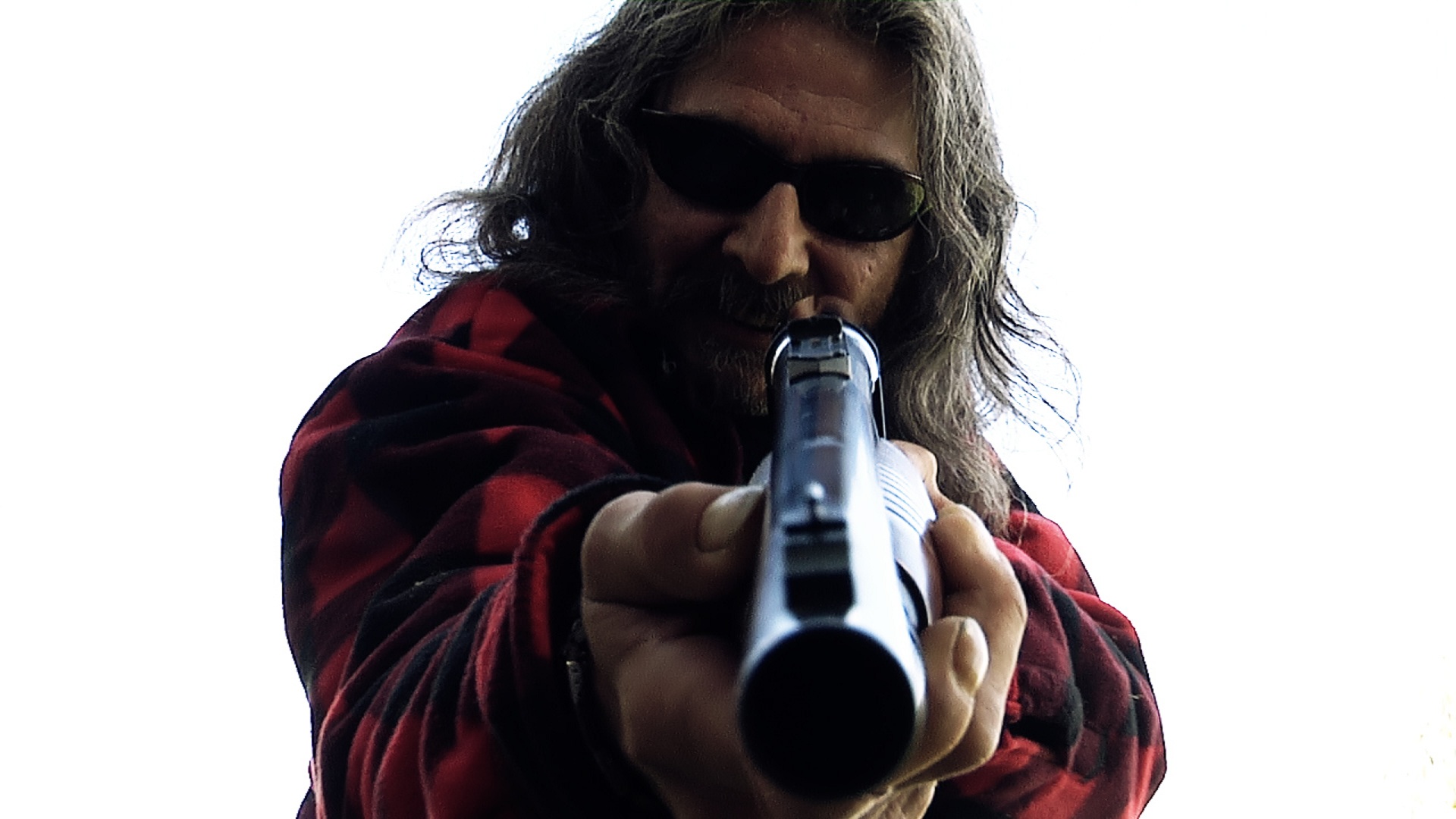 Son of Satan and Dirty Jesus are mean motherfuckers who are out for blood. They revel in sin and horror like pigs in mud. But they have an opposite in Birdman who is quiet, peaceful, and full of faith. THE KILLING GAMES explores the contrasts that exist in our society, the good along with the pure evil. Death may travel through the path in the forest but approach the light and ye will be saved by Gillis. To be sure, this parable is told through the lens of one of the great cult pioneers of our time and this film is full of the flourishes we’ve come to expect.

The films of Gillis are consistent in their inconsistencies. And I am not being cute here. He has made chaotic storytelling an art. Characters come and go and as the audience we constantly question motives and lack of judgment (and with his first effort THINGS: lighting, sound, refrigerators, etc). THE KILLING GAMES is overstuffed with characters and switches gears so fast we’re left with whiplash, but this is true cult filmmaking and by far the best film Gillis has made. 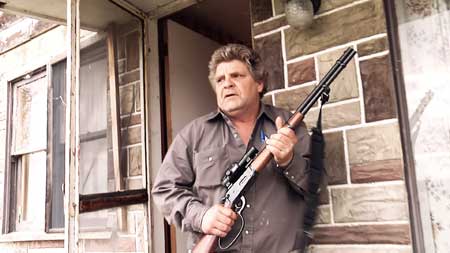 We live in a time where filmmakers feel like they have to drag their pictures through the mud and scratch the film just to seem “cult” or worthy of the “grindhouse” label. Fuck that noise. Take a note from Barry J. and just shoot the film that it’s in your heart. In 20 years, odds are nobody is going to remember your film. But I guarantee you that in 20 years, we’re still going to be watching the hell out of THE KILLING GAMES, WICKED WORLD, and THINGS, wondering when we’re getting the next film by Barry J. Gillis.

THE KILLING GAMES was deemed too violent for the Edmonton Film Festival. This was going to be the big moment for Gillis to show the hometown crowd what he had done, but apparently the hometown boy does good storyline is only applicable if it isn’t a horror film. Too bad. This movie deserves eyeballs. This movie has to get attention. It’s really a visceral punch of psychotronic madness. Gillis has created a unique experience that is going to be tough match this year when it comes to true indie horror, so ask for it. Demand it. Tweet it. Use your status updates to request THE KILLING GAMES instead of what your having for lunch. Maybe an exec will get wise and pick this up. This is your chance to be a part of it. If you don’t… Dirty Jesus and Son of Satan may come looking for you.