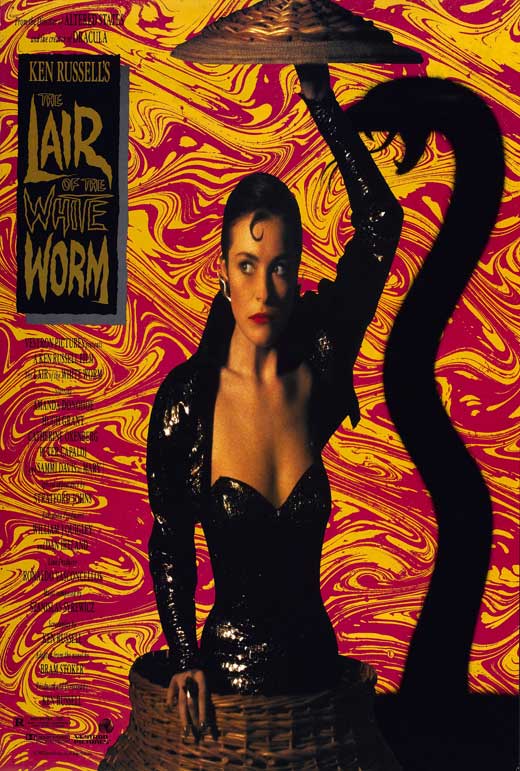 You know that eerie feeling that feels like deja vu, but that’s not what it is? When you watch a film and even though it was made long before you had much awareness of yourself? 24 years later you find yourself staring open-mouthed and wide-eyed at the screen wondering if a magic future-seeing mirror was part of this movie’s production? Because that’s how I felt when I saw LAIR OF THE WHITE WORM the other night. Straight up, never have I been so unsettled and felt like the late Ken Russell had a way of looking into the future to spy on me and my lifestyle choices. I mainly mean through demeanor and sense of dress, however. I’m not in the habit of throwing virgins into holes to sacrifice to pagan gods… at least, not that I’m willing to admit to it openly on this forum. 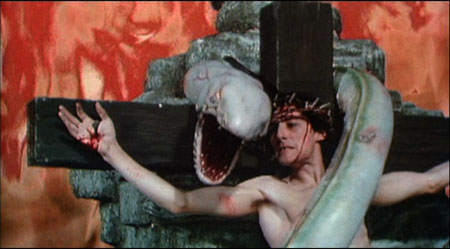 Whether or not Mr. Russell was unaware that he was stealing my future steez, this film is an adaptation of Bram Stoker’s book of the same name. It stars a young Hugh Grant as well as my now giant lady crush, Amanda Donohoe. With a little insightful online stalking work (whatever DID people do before the Internet? Stalking would take, you know, effort) I discovered that she was a former girlfriend to Adam Ant, and was in one of the videos for the band. As there is a rather lively song in the film performed by what was hotly debated as Dexy’s Midnight Runners (we never did find out who they were) I surmised that if they had Adam Ant then this would have kicked the film up even higher in my esteem. Actually, the film was already there by Ms. Donohoe’s portrayal of Lady Sylvia Marsh but having Adam Ant in there would have made me grab the DVD and rub it over my body a little bit. 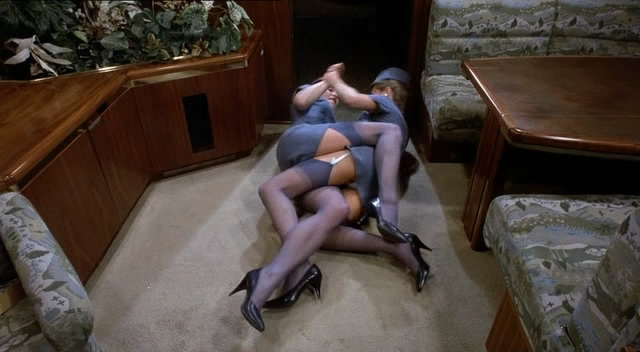 Crotch-rubbing aside, the film follows a young archaeologist who unearths a potential dragon skull on the site of an old convent. Ms. Donohoe’s performance must have served as sank material to everyone on set for year afterwards. But Angus the archaeologist, Eve and Mary Trent, and Lord James D’Ampton all team up to uncover the mystery of the White Worm and the history of the land they all live on. Suspend disbelief. It will only distract you from the anthropomorphic sexual violence and hot scenes with Lady Marsh sexing around the screen. If you find this to be too insubstantial of a reason to watch the film, your welcome to go read the book, but trust me, this IS pretty hot. Maybe not great as a date movie, but for solo moments (ahem) it is not without its charm. Now that I have discovered my full on lady-boner for Ms. Donohoe, I’ve got to resume my online stalking.