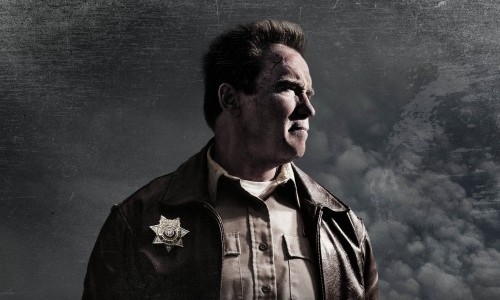 I had reservations about THE LAST STAND, as I’m sure most Arnold fans do. It’s been 10 years since his last starring role in COLLATERAL DAMAGE, and his cameos in other films that filled the gap between then and now have been fine, though leaving little assurance he could carry an entire film by himself. The differences between acting and governing are vast. Would he be too old to fight? Would he have forgotten what little acting skills he had? Well, I can say without any reservation, Arnie is back and it’s as if he never left!

In THE LAST STAND Schwarzenegger plays small town Sheriff Ray Owens, an ex-narcotics officer looking for a little small town peace after an intense career on the street of Los Angeles. Little does he know that big town drugs are racing towards his peaceful world in the form of escaped Drug Lord Gabriel Cortez, played by Eduardo Noriega. Cortez, aided by a group of military caliber thugs, plans to flee the US in a supped up production model Corvette that will pass through Arnie’s little town. Little does Cortez know that Arnie, aided by his local police force which includes: Louis Guzman, Jaimie Alexander (a crazy gun nut), Johnny Knoxville, and an ex-military friend played by Rodrigo Santoro. All are well armed and prepared to take on the invading drug lord. 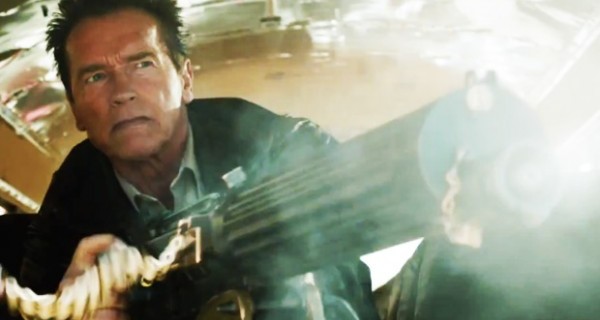 The cast is great. They do excellent jobs of helping Schwarzenegger carry the film as the action explodes around them. Schwarzenegger gives less of a tough guy bent to the role than we’re used to seeing from him, acting more like Clint Eastwood in the later Dirty Harry films. He’s old, and he knows it, but the film uses that to its advantage. One real stand out is Forest Whitaker who plays the FBI agent from whom Cortez escapes. He’s over the top and is certainly having a great time. 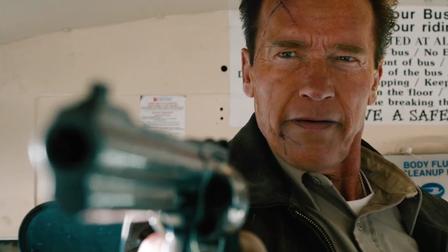 The film moves at a brisk pace and Director Jee-woon Kim does an apt job of keeping the action high and the plot moving along. This is Kim’s first English language film, and all the fun stuff fans love him for in films like THE GOOD, THE BAD, THE WEIRD are present here. This is a very simple film, with little depth and little tension. It’s a by the books action flick, but I don’t think that’s a problem. Schwarzenegger needed to come back to action with something that matched the silly and fun films of his formative years and that’s exactly what this film is.

Ultimately what we are left with is a film that will stand up with Schwarzenegger’s best. It’s fun, has lots of action, a few great one-liners, and a satisfying conclusion. What more could you want from The Governator’s return to the silver screen?