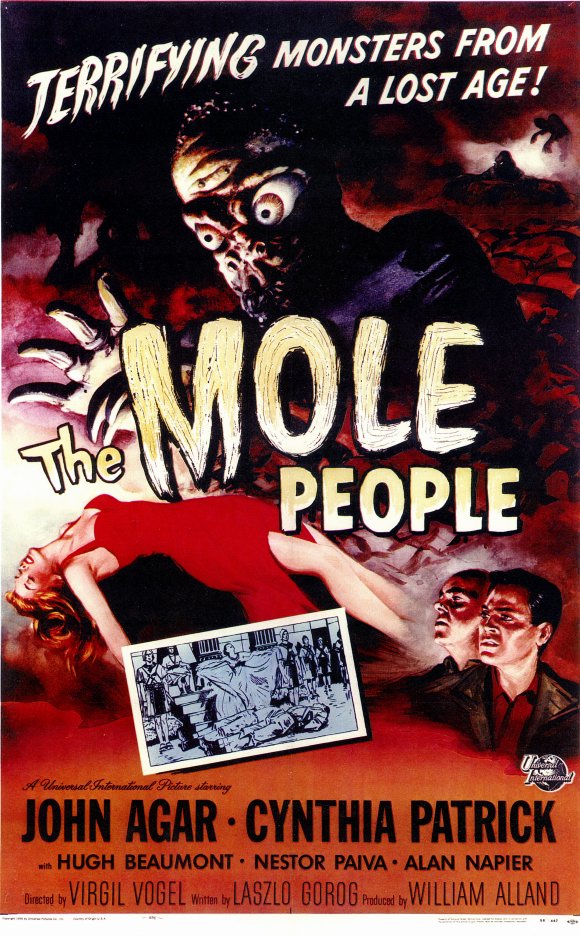 While lollygagging around in the Himalayans, a group of scientients stumble upon a lost underworld civilization of white albinos and their mutant slaves of the title, who can best be described as giant dill pickles with eyes, arms and legs.  As is usually the case in these flicks, the explorers aren’t excepted with open arms by their new found friends.
The least of Universal International’s 50s sci-fi  features is notable for its odd opening scene of a USC professor explaining how the film is based on a number of hollow earth theories! Hugh Beaumont of “Leave it to Beaver” fame plays one of the adventurers. Guessing he approved of the opening lecture. 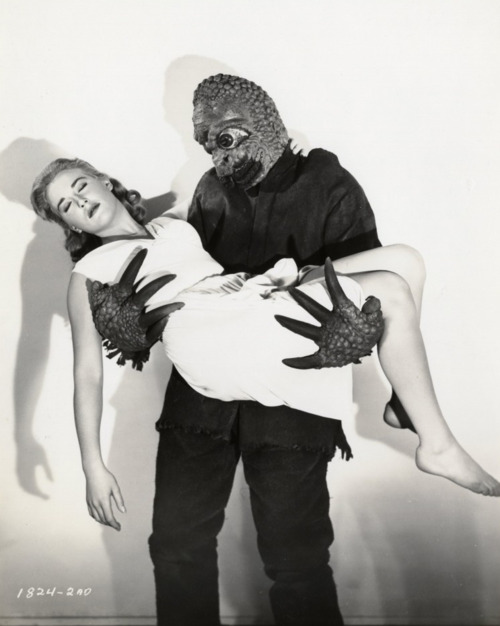