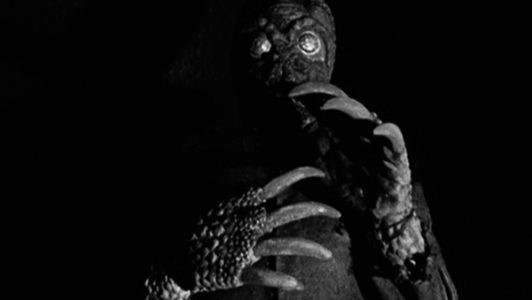 For me, there’s nothing more relaxing on a lazy Sunday afternoon than kicking back and watching some old Sci-Fi. Good…Bad…It doesn’t really matter, as time has given each their charm. There’s just something about watching some drive-in classic that tells my brain I am at leisure. It doesn’t get to happen often as a father of two, but when it does, the very fact that I am spending time watching what some would call “Bad”–succumbing to its slower pace, giving allowances for its laughable special effects, devoting precious time that I could use to be productive on B-movies that were of questionable value when they were released–is a kind of personal heaven. 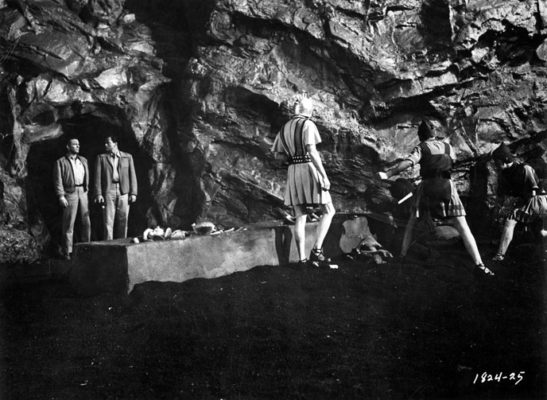 That’s why I’m always thrilled when an almost forgotten creature feature like 1956’s THE MOLE PEOPLE gets a top of the line release like the one just offered forth by the good folks at Scream Factory. It’s always an amazing way to experience a film that has previously only been available in an inferior quality home video presentation. This release is no different, even if the film itself isn’t what most would consider top shelf material worthy of such a release.

The film itself is classic schlock from a bygone age. It’s an adventure tale in the vein of the work of Jules Verne or Lost Horizon. In it, a team of archaeologists (including B-movie legend John Agar and Leave It To Beaver dad Hugh Beaumont) discover an opening in the mountains to an underground cave system which houses a cultish subterranean society of albinos and their terrifying servants, the titular Mole People. Marked for death by the mysterious underground dwellers, the archaeologists must find a way to escape back to the surface. 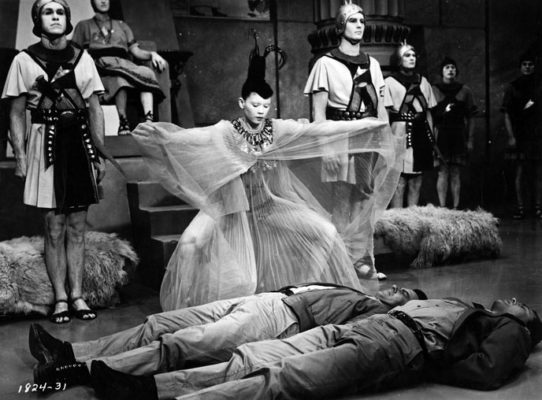 It’s not a long film at only 77 minutes, but, even then, there are times where it feels like the film is padding itself to get to that point. THE MOLE PEOPLE could have easily been under an hour and not really lose anything. Still, I found the movie to be very enjoyable, and it should please any fans of low budget ‘50s science fiction. If you already know this niche is not up your alley, then this isn’t going to be the movie to win you over,

A particular highlight, for me, was the High Priest of the albinos, as played by Alan Napier–a full decade before he was Alfred to Adam West’s Batman. He’s the most electrifying performance in the movie, and is a constant example of an old school melodrama villain chewing all the cheap scenery they can. 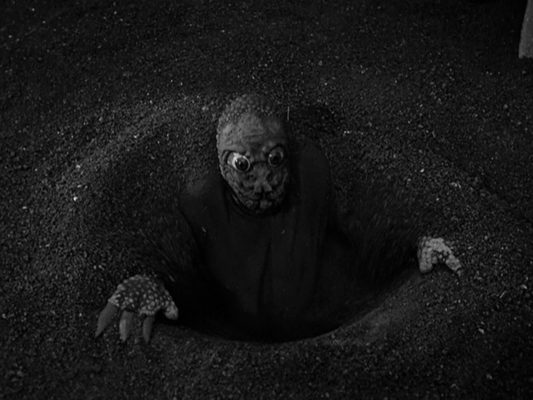 The disc presents THE MOLE PEOPLE in two aspect ratios, 1.85:1 and 2.00:1, and both versions look better than this film probably has a right to. There are still some fuzzier shots, usually when it comes to stock footage or a few random exterior long shots, but the rest of the film looks crisp and clear with the film grain intact. For the most part, the presentation is a revelation when compared to the bad prints of this that existed in the VHS days. The audio is presented in the original Mono, and sounds great. 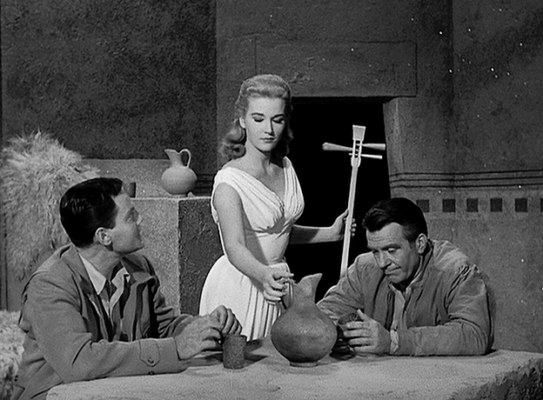 Beyond a superb presentation of this historically neglected film, there are several special features on the disc that are worth your time if you are a fan of this era or the history of the genre. First up is a short documentary about the making of the film, and the state of science fiction films at Universal Studios at the time. “Mushrooms and Madmen” wasn’t as deep a behind the scenes doc as some I’ve seen on similar films, but it was still nice to have in conjunction with the audio commentary by film historians Tom Weaver and David Schechter. Oddly, the case I received did not mention the making of doc at all on the cover. There are also several stills galleries that show promotional and behind the scenes photos as a slideshow. I do wish it was more of a self guided click thru than the slideshow format, but I made do with the pause button when needed. And, finally, if watching the main feature made you yearn to revisit the MST3K episode it is featured in, that’s been included as well in standard definition. This also serves as a reminder of the quality of print that used to be available for this B-movie classic.

Scream Factory does it again–delivering a cult classic of the atomic age in an attractive package that belongs on the shelf of any fan of vintage science fiction. THE MOLE PEOPLE is now available on Blu-ray. 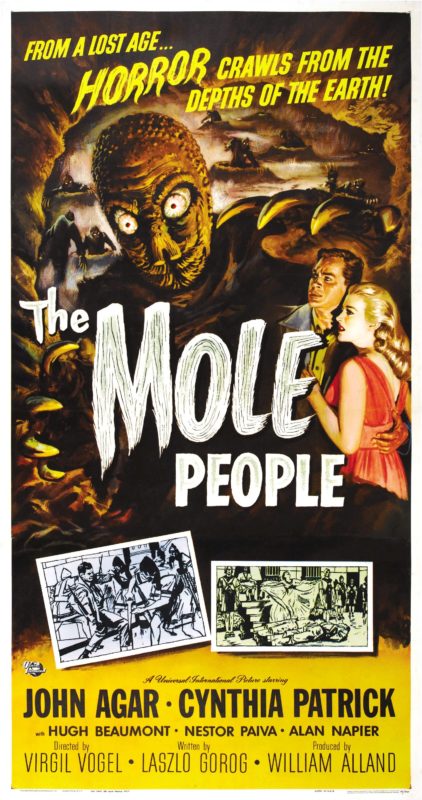