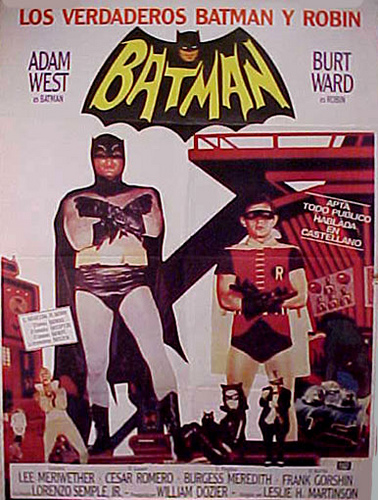 Everyone loves getting their panties in a bunch over Christopher Nolan’s DARK KNIGHT trilogy. That’s all well and good, but you gotta tip your hat to America’s Treasure: Mr. Adam West. He looked pretty damn stupid in ill-fitting spandex, but he sallied forth like a fucking pro. And don’t even get me started on Burt Ward.

Yeah, the series (and subsequent film) did not have the hard edge most geeks clamor for nowadays, but it’s pretty fun (albeit predictable), and you could do a lot worse. STEEL, at least in this Bastard’s estimation, is reason enough for Shaq Diesel to be excommunicated.

And even though the new films boast big budgets and A-list stars (Katie Homes notwithstanding), do they feature EXPLODING MAN-EATING SHARKS? No, I don’t think so. 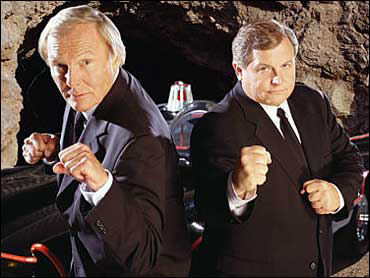