Here are the Top 10 titles we dug the most for the month of February. It was a slow month for The Wall but some cool shit still managed to mug us and grab some bills from the wallet. As always, click the cover art to jump over to Amazon and snag the title. 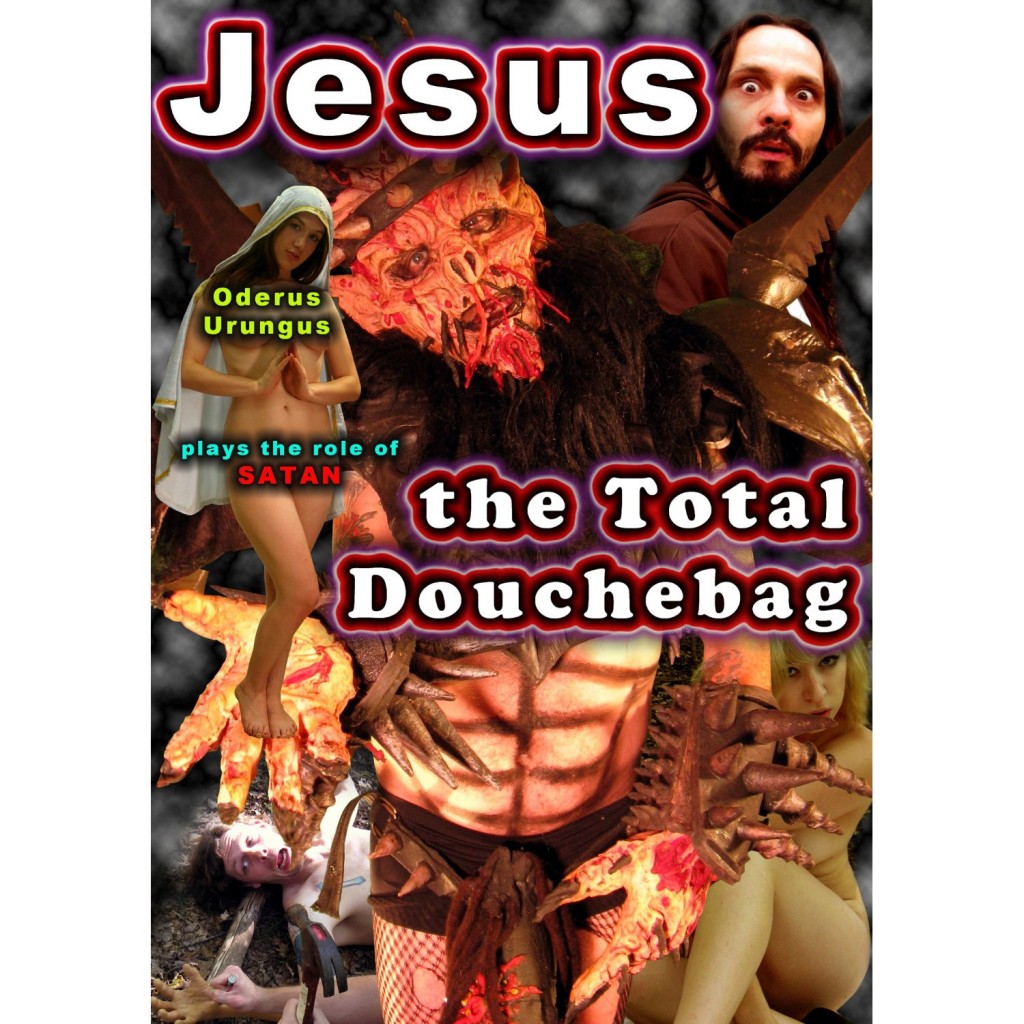 Bill Zebub and a pack full of crazy = GET ON THIS GOOD SHIT! 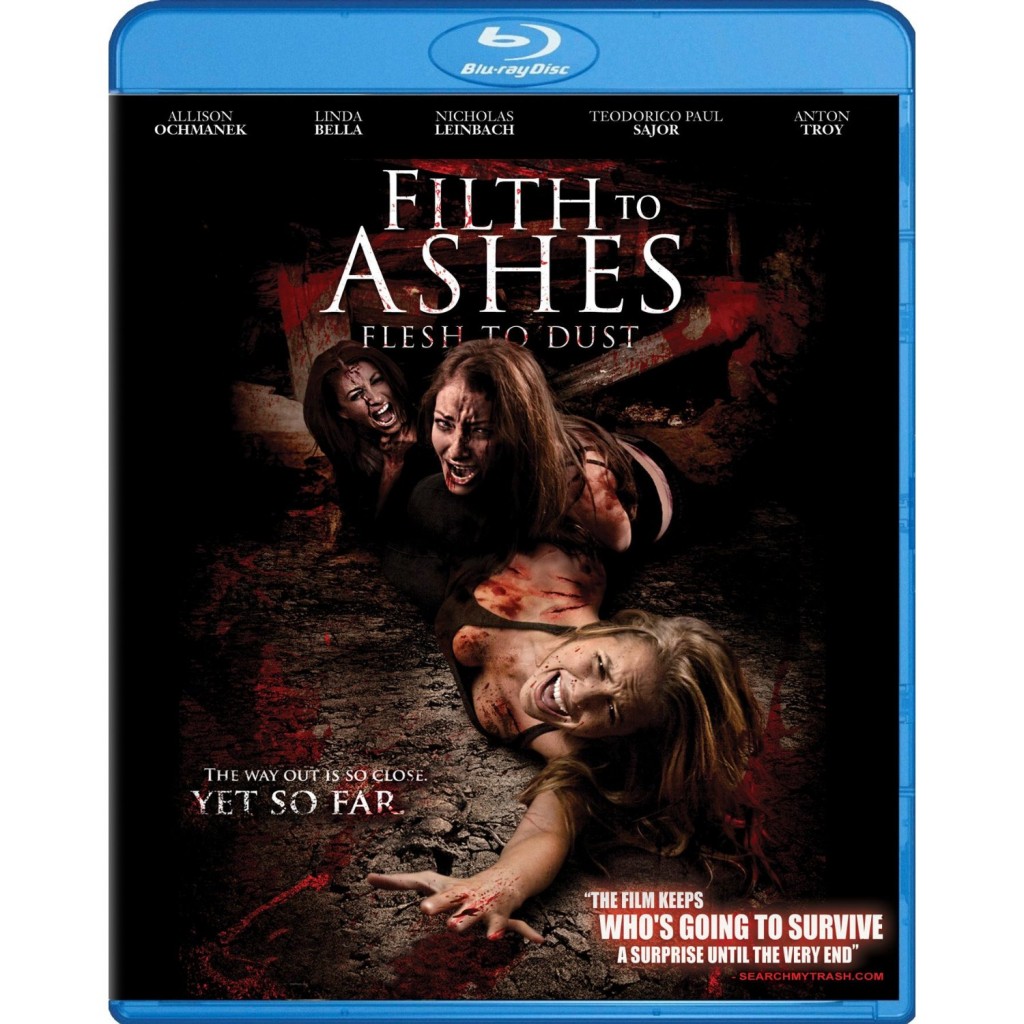 FILTH TO ASHES, FLESH TO DUST is a flick that really shouldn’t work. It had everything working against it; production problems (before director Paul Morrel settled into the seat), a cast that isn’t very good, and a bare bones concept. Despite all this, FILTH TO ASHES, FLESH TO DUST is a solid horror film with a brutal, blood soaked climax. Morrel managed to kind of splice together a torture porn movie like SAW and the best parts of a slasher film. Keep your eye on this dude, he’s going to do some cool shit. For more on Morrel, check out our interview with the cool cat. 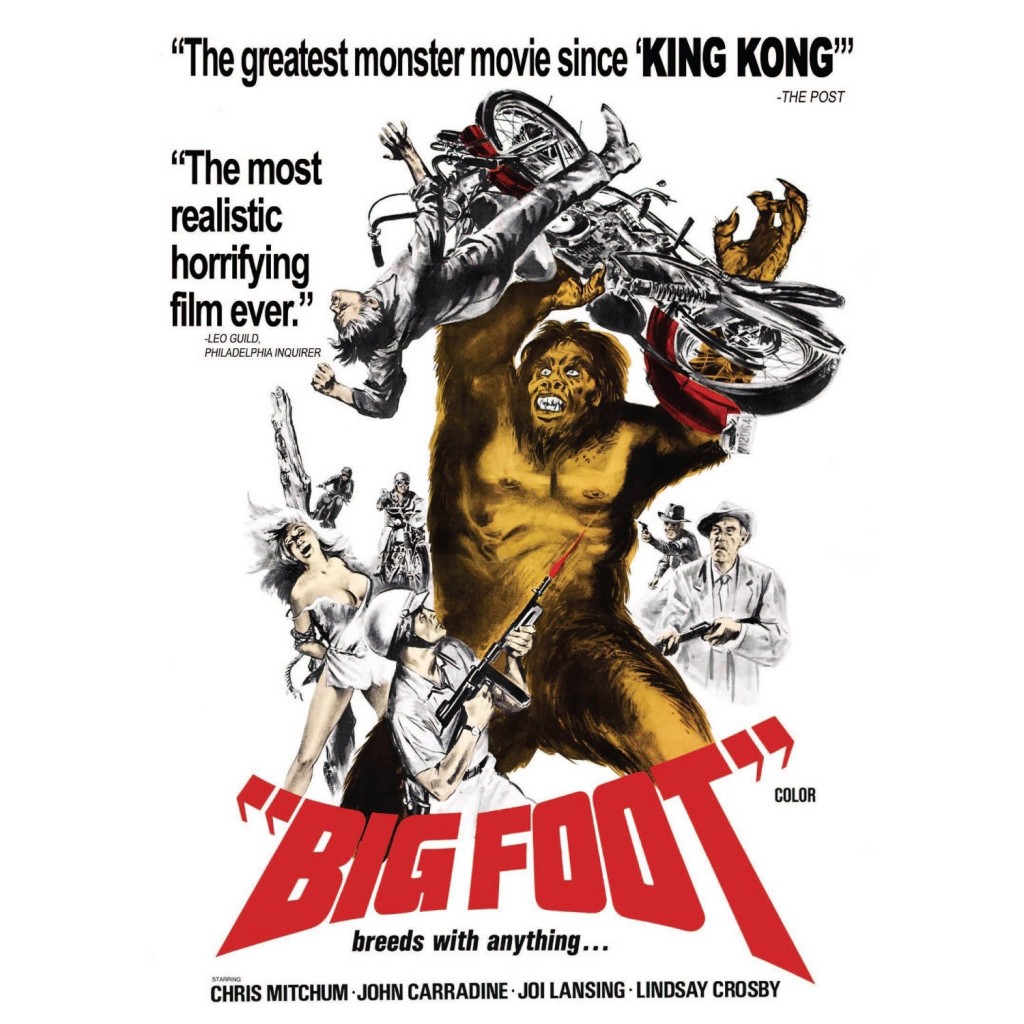 Bigfoot snags himself some hot trim and some bikers decide to go toe-to-toe with the big beast in one of the worst squatchploitation (h/t The Creeper) since The Six Million Dollar man ripped the hairy fuckers arm off. Because there was a film being shot and money exchanged, John Carradine makes an appearance. 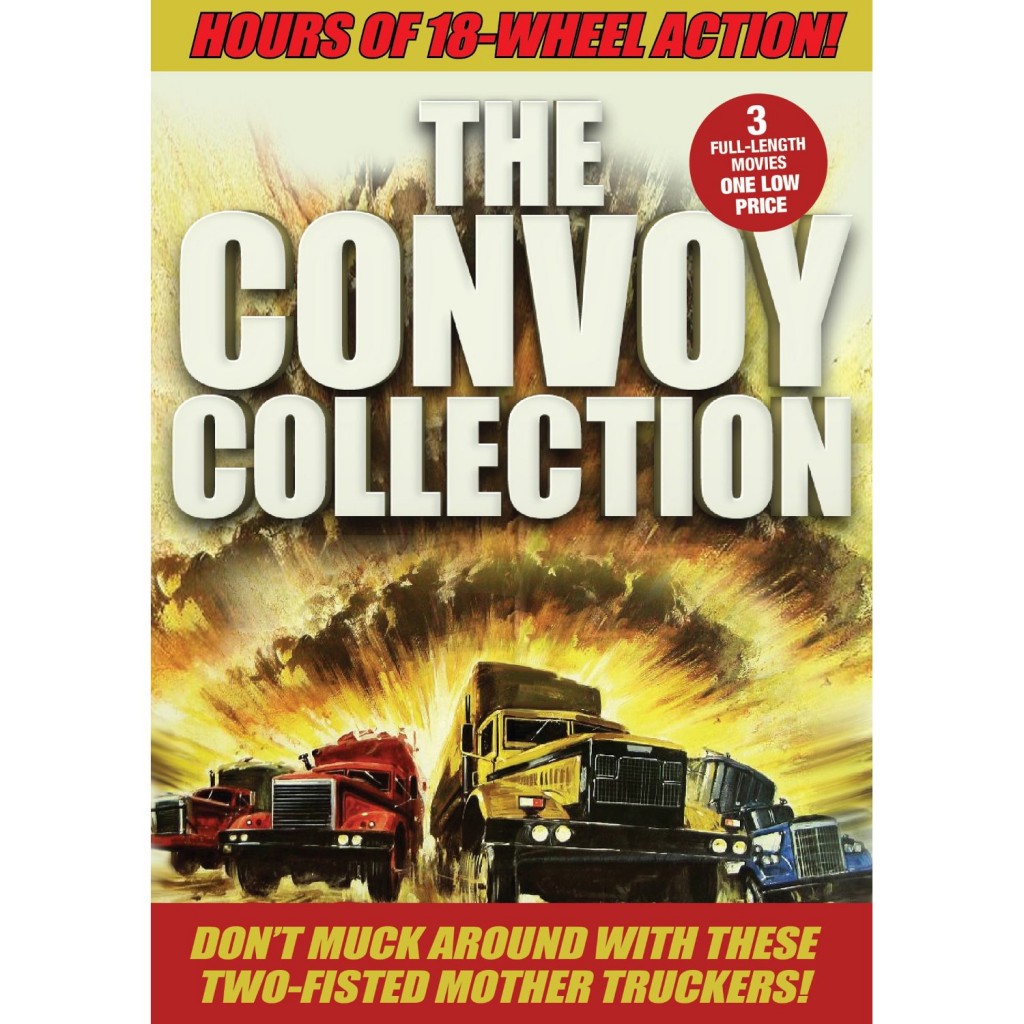 Yeah, this is a reissue of films that have been available separately, but The Wall is a giant sucker for trucksploitation. None of these flicks hit out of the park; they all dwell in mediocrity while occasionaly reaching down to pick up a pile of shit to tell us what they’ve found, but they’re fun as hell.

THE TRUCKER’S WOMEN is probably the worst of the bunch but you get a nice Larry Drake performance as Diesel Joe. Any other day I would say CONCRETE COWBOYS would win the day since it has Jerry Reed and Tom Selleck’s mustache, but MOON FIRE TRUCKER has down and dirty truckers doing battle with a Nazi hiding out in Mexico. Dig it, Bastards! 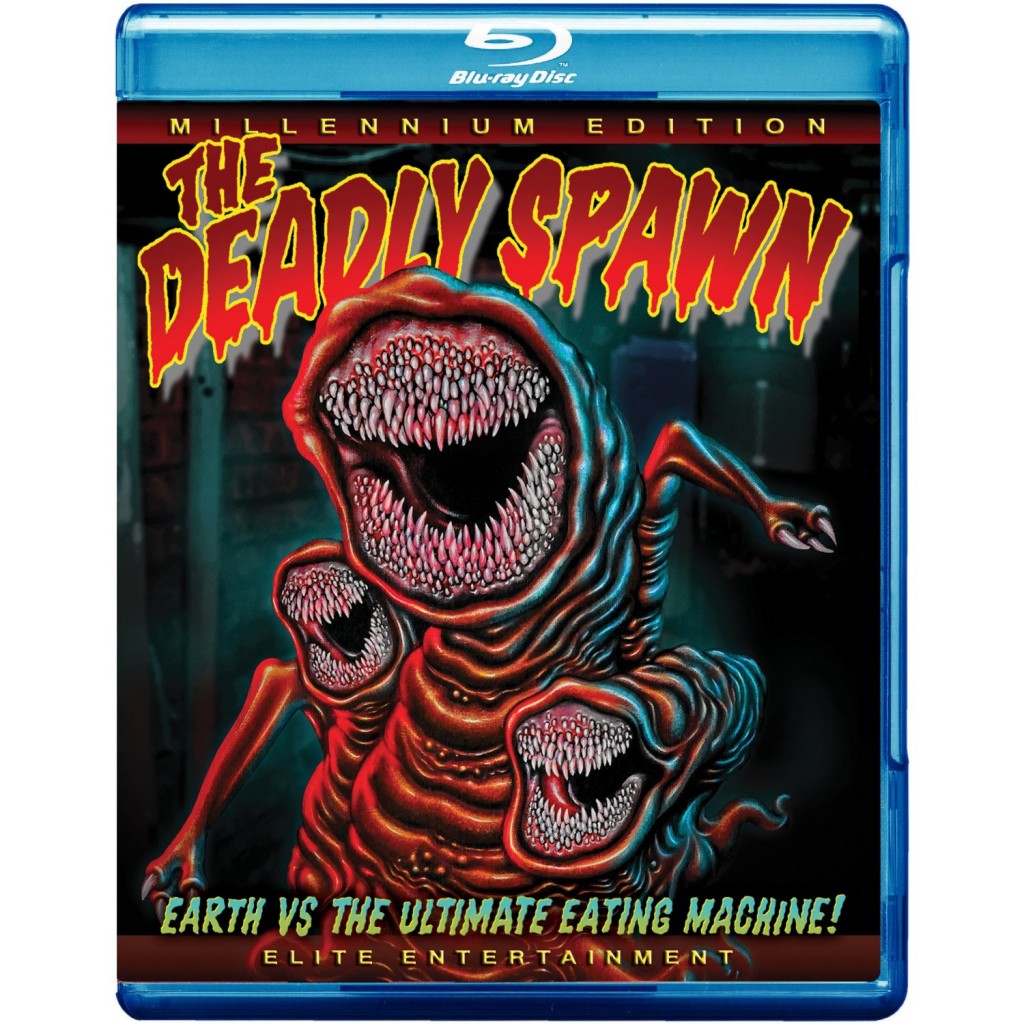 The Citizen Kane of the popular Aliens That Look Like Dicks with Teeth genre. THE DEADLY SPAWN (aka RETURN OF THE ALIENS: THE DEADLY SPAWN) is a micro-budget classic that has built a cult following bigger than the bulge in The Wall’s pants (see: stuffing with socks). Joking aside, this is a fucking awesome flick. Too bad director (and co-writer) Douglas McKeown never made another film after this. Screenwriter Ted Bohus though is another story. He is still in the biz and busting out b-movie bliss with REGENERATED MAN and VAMPIRE VIXENS FROM VENUS. 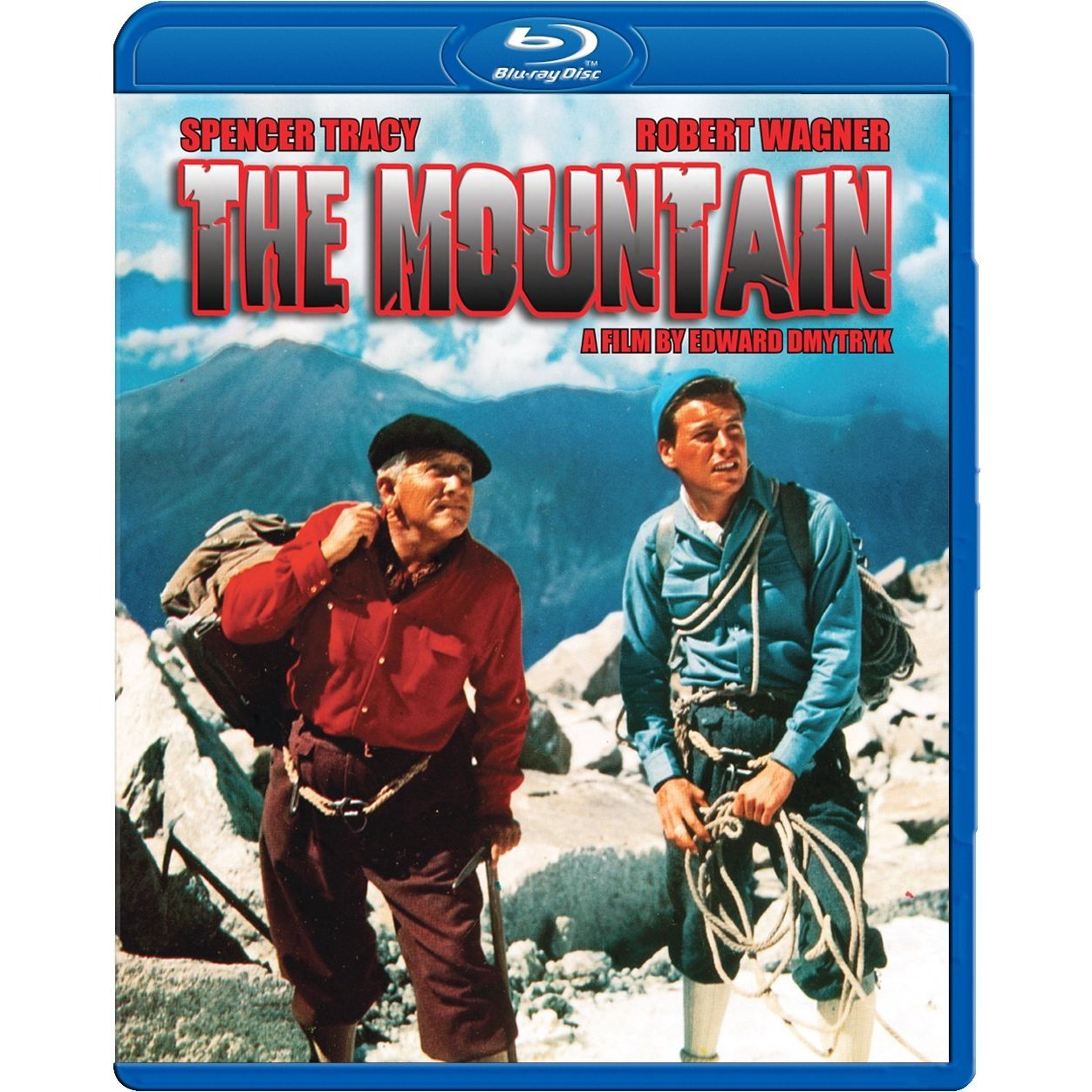 I’ll give you two good reasons to buy this flick: SPENCER TRACY and ROBERT WAGNER. Want another good reason? They are on a mission to loot the bodies of plane crash victims. Dig it! 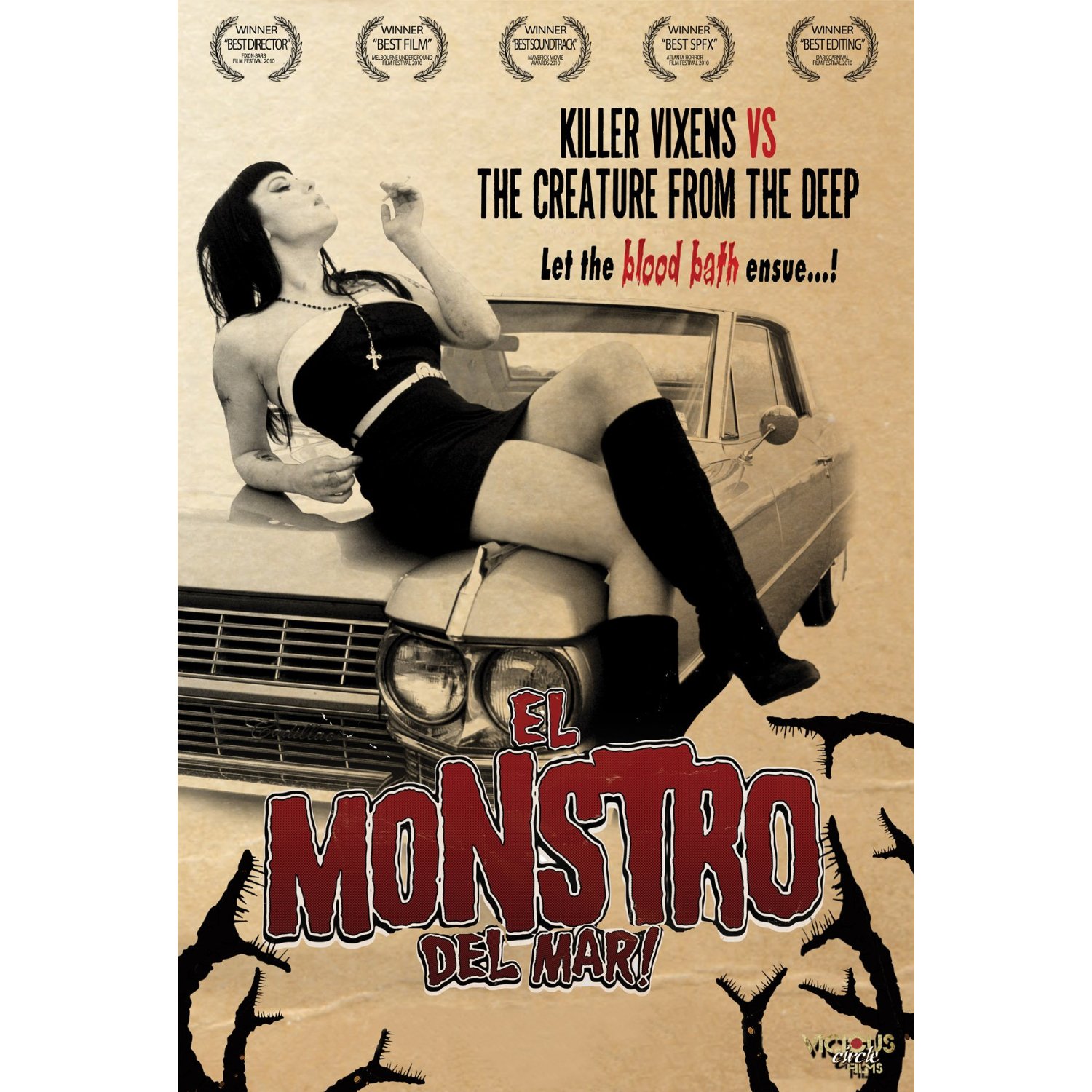 From the dusty highways of Australia rolled three chicks full of fight and charm, pulling from hooch and rocking some pyschobilly cool, these devils from down under are about to start some serious shit. Beretta (a tough as nails and flawless Nelli Scarlet), Blondie (Karli Madden) and Snowball (Kate Watts), cruising the two lane blacktop in stunning black and white before a blast of violence turns the screen to color. EL MOSTRO DEL MAR is an ode to cold nights at the drive-in and shows real promise for writer/director Stuart Simpson.

Out of all the sub-genres beneath the horror label, zombies are the hands down favorite of The Wall. While the past few years have been a boon for lovers of the undead, we have seen a lot of crap (I’m looking at you RESIDENT EVIL) and not enough cool stuff (THE DEAD). Too many people picking up a camera and grabbing some cash to turn a quick buck before ever thinking about stories. Zombies have been hitting the theaters since the 1930s. We have seen the idea move from voodoo-enslavement to the Romero inspired zombie we see today. Along the way however, they ceased to be scary. Instead, they became a prop for action scenes.

THE DEAD set out to make zombies scary again… and they succeeded. This is a stunning and horrific film set against the barren landscapes of Africa which adds to the authentic feel of the film. You are going to dig this, Bastards! Look for a full review later this week but in the meantime, pick this bad boy up. 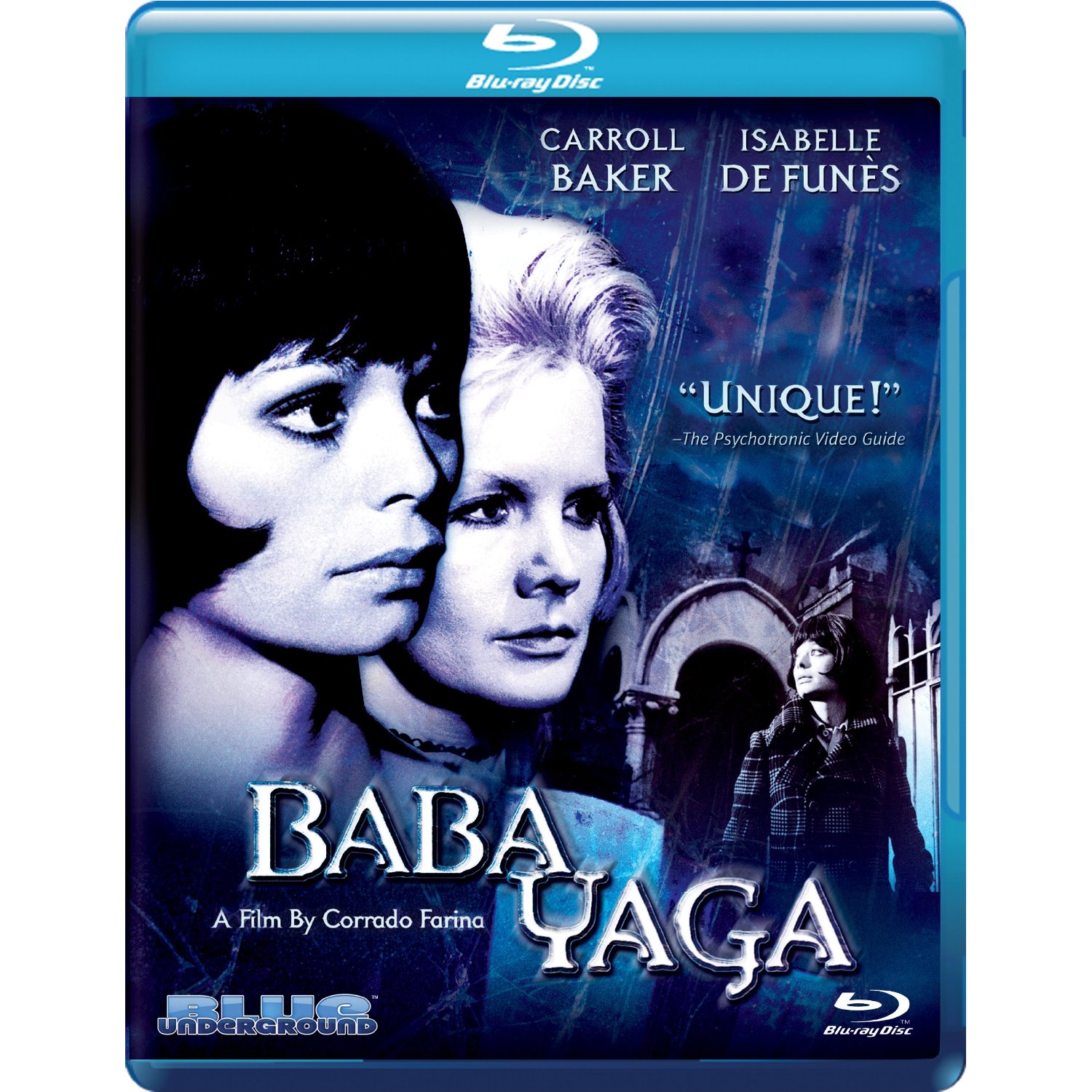 First things fucking last; this is Blue Underground so you know you’re going to be all over this release. This is crack for film geeks, Bill Lustig finds the drug and we grab the score and shoot it into the vain. Soaking in the rush and getting our fix long enough to sustain a 120 minute runtime. After ending the month with NIGHT TRAIN MURDERS, Bill & Company are making sure February is closing with an equally powerful dose of cool. February is a month for lovers though, so we can’t just toss out any old flick, this has to be dripping with desire, a touch of masochism, and a tempting witch known as BABA YAGA! Fire up a J and get ready to roll with flick that is a tripped out, stone groove. 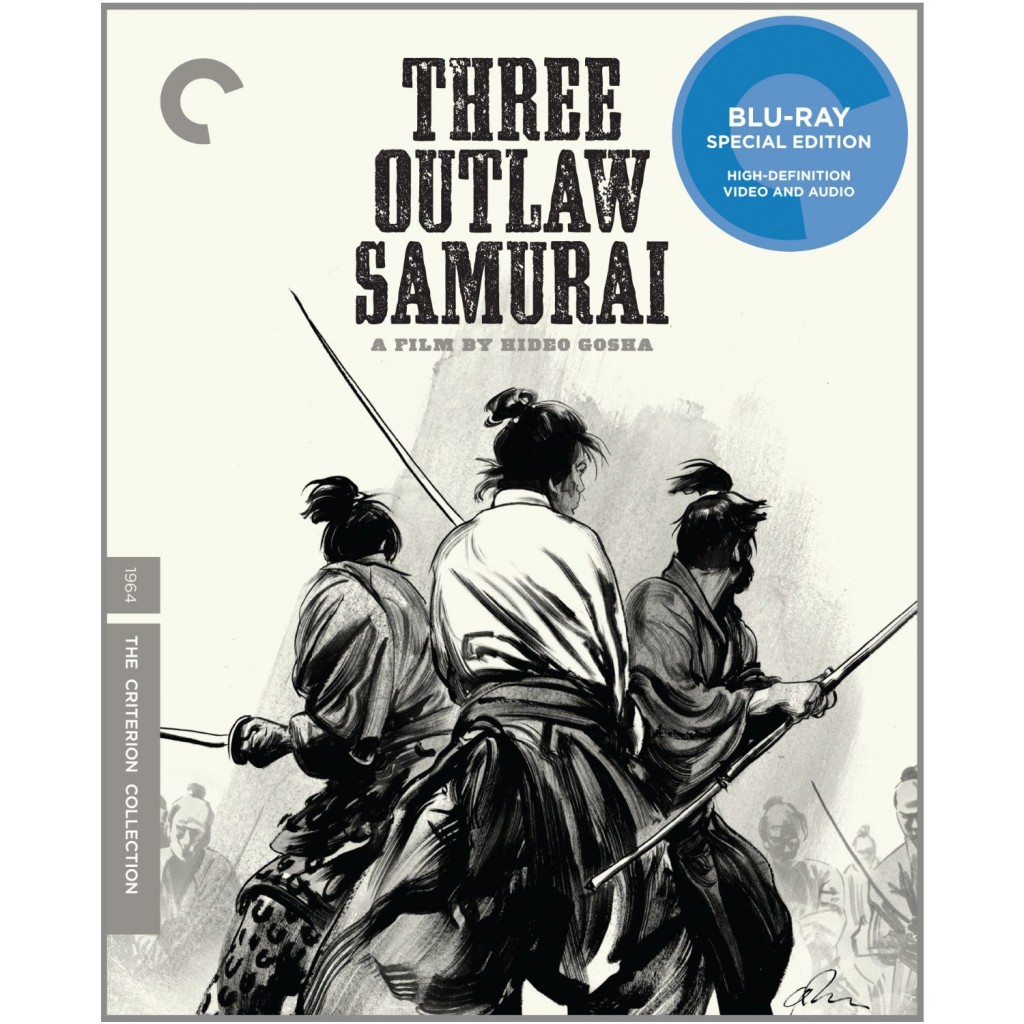 The Wall is a HUGE samurai nerd and someone over at Criterion is as well because they go full-tilt when they get a title with swordplay. This is one of the best films of the genre getting the first class treatment from the highfalutin purveyors of cinematic crack. Dig that cover art, Bastards! Fucking flawless.