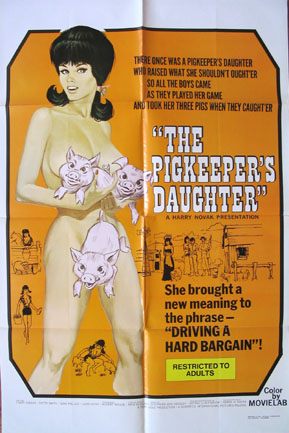 If you like your Hicksploitation stupid and raunchy, then brother, have I got the flick for you.

THE PIG KEEPER’S DAUGHTER is a mess of bad comedy and worse aardvarking, but at least the girls are real. However, the lack of fake boobs (or the addition of pubic hair, considering the math you decide to implement) doesn’t make up for the fact that this movie pretty much sucks.

I can put up with a lot of dumb shit, but bad comedy is a tough pill to swallow.

It also doesn’t help that the “hero” looks like a cross between Joe Don Baker, Jerry “The King” Lawler, and Cletus. 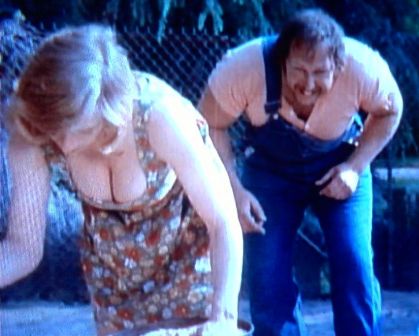