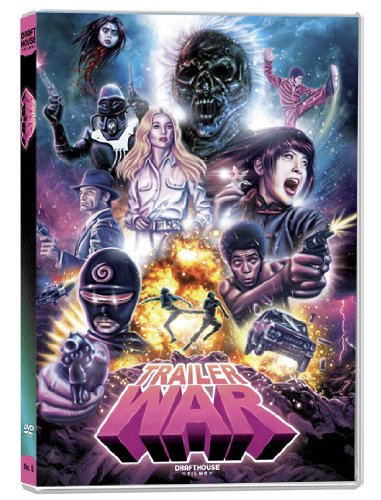 The sometimes overlooked, but always cinematically important movie trailer is something film fans relish in. If you’re like me, then you arrive early to the theatre to enjoy the coming attractions, getting a small bit of wonderment of a film that may or may not turn out to be what the marketing department has created. Many times you’ll watch a trailer, get pumped about the flick, and it doesn’t live up to the hype. That’s where the Grindhouse trailer comes in.

Everything that played at theatres like the ones that dotted the landscape of 42nd street in 1970s New York was generally crap, and always a tough sell. How do you market a film that has no redeeming value? You create the most balls to wall trailers imaginable; showing all the tits, violence and bloodshed you can to create excitement for the audience. 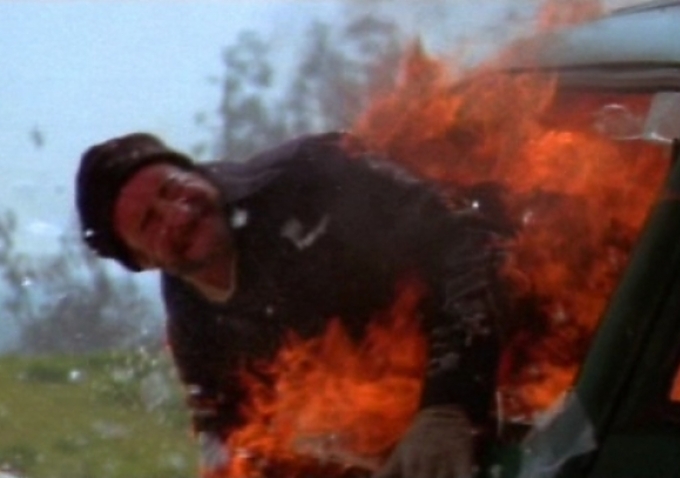 Now, decades later, fans have latched on to the wonderful world of trailers and distributors have listened. Synapse films has their ode to 42nd street, Vagrancy has COLOUR CORRECT MY COCK, and now the single greatest repertory cinema in the entire world, The Alamo Drafthouse, has unleashed TRAILER WAR!

Culled from their impressive archive of exploitation trailers, programmers Lars Nilsen and Zack Carlson have put together two glorious hours of kung-fu, sci-fi, blacksploitation, sexploitation, and all the gore filled goodness that will give any trailer fan a smile from ear to ear. Films like the Ozsplotation classic STUNT ROCK, the Jermain Jackson top billed VOYAGE OF THE ROCK ALIENS, the insane WORLD WAR OF KUNG FU that looks like it’s been left in a vat of mold for 30 years, and what I can only determine as a new subgenre of Gilfspolitation with AMAZING GRACE, jump off the screen on Blu-Ray.

The beauty of the release is that, while certainly pulled from the best sources, the trailers haven’t been cleaned up or color corrected to hell. They look grimy, splicy and have that good old-fashioned 35mm feel to them. That’s something that was obviously important to The Alamo and it shows. Feeling the need to hear it from the horses mouth I decided to contact Zack and ask him a few questions to enlighten fans on what really goes in to creating a trailer reel, something that has a lot more thought put in to it than most would think!

The Projectionist: What goes in to curating a trailer compilation?

Zack Carlson: We’re pretty fortunate that there’s a massive collection of 35mm trailers here at the Alamo, many of which have been found by us all just digging through the proverbial muck. The real challenge is narrowing it down to the good ones. Not just by our so-called “standards,” but trailers that have really gone over well with the audience. Almost every trailer on the DVD is tried and true, having been received by the attendees with great enthusiasm or raging disdain at our weekly 35mm horror n’ exploitation nights. 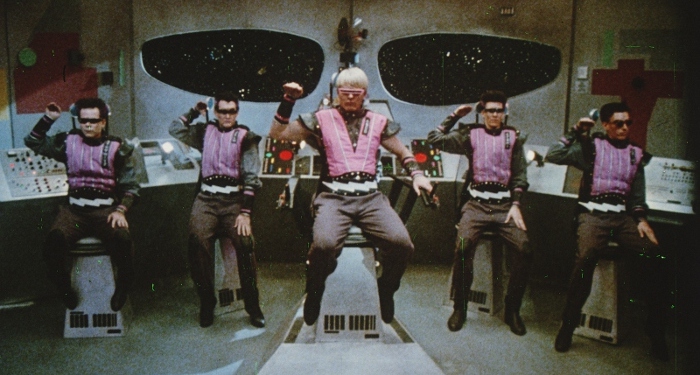 How much thought do you put in the programming and order?

More than we rationally should, I guess. We want the rundown to be as entertaining as possible. I mean, the order has to flow properly. You don’t want to shove a kung fu revenge movie next to a Filipino werewolf movie unless you’re deliberately aiming to shake things up. Y’know, I was about to make the analogy of crafting a mix tape for someone you really like. But if I wrote that, I’d either sound old as hell (which I am) or like some fashionably anachronistic Brooklyn turd. So let’s move on.

Why do a trailer reel? What’s the appeal?

It’s the best way to overload the viewer’s circuits with as much condensed entertainment as you can, while also introducing people to really fun, underseen features that they can then seek out and watch in full. Also, an unfortunate truth is that it’s just plain easier to get them to devote three minutes to something great than an hour and a half. People have zero attention span now. Thanks, technology!

Where did all the trailers come from?

Alamo owner/bossman Tim had already put together a heavy collection, and Lars and I have built it as best we can since then. Much of that has been through the kindness of fellow obsessives. Ebay is a heart-wrecking wasteland. It’s much more fun to spelunk from other goons.

Were there any trailers you couldn’t find that you wanted to put in Trailer War?

Well, there are sure zillions of great trailers that we don’t have. But we definitely were armed with enough to put together the DVD without worry. I mean, as long as THE SECRET OF MAGIC ISLAND made it on there, not much else matters.

What kinds of rights issues are involved?

I’d love to answer that question, but I’m afraid me no speaka ze English.

How much work went in to correcting the trailers for imperfections. Some seemed worse off than others, but most weren’t as polished as a 42nd Street release?

I’m probably the worst person to ask about this because I have absolutely no understanding of how anything technical works AND I love the way 35mm looks when it’s already been through hell. I’m pretty certain that there wasn’t too much hand-wringing over it. They did “color-correct” it, which is apparently some kind of computer magic. 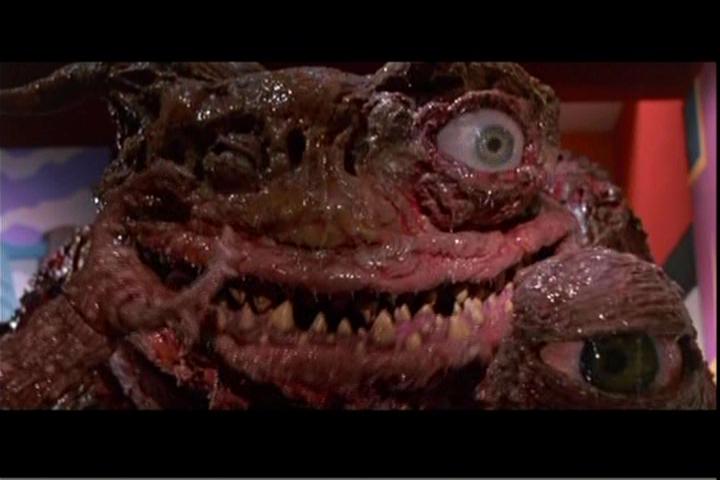 What was the first trailer you ever bought on 35mm?

If you haven’t picked up Trailer War I suggest you do ASAP. It’s well worth the cash, and it’s a great way to spend 2 hours with your friends. Who knows, maybe you’ll find your next favorite film! Well, maybe not, but at least you’ll have fun watching the trailer for it!