The year is 1993 and a filmmaker has the bright idea to do a Jeffrey Dahmer Biopic. Dahmer had only been caught in 1991 so it was still fresh in the mind of the public, especially the families of the victims. The Secret Life: Jeffrey Dahmer  was an incredibly controversial film for it’s time, but if people had stopped bitching they would have seen a film that handled the Dahmer murders with care and with sympathy for the victims.  This is not some low grade exploitation film looking to make a quick buck off of a “ripped from the headlines” story. Easily this could have become a fictionalized gorefest showing every gruesome bit of dismemberment and cannibalization that Dahmer committed. Instead the subject matter was handled delicately and with sincerity. 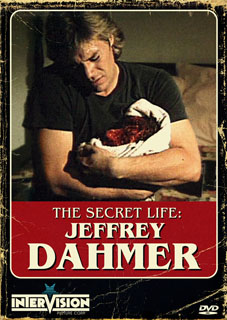 The Secret Life, if you haven’t figured it out by now, is a semi biographical telling of Jeffrey Dahmer’s   nearly 13 years as a serial killer. The opening tells us that some names have been changed and a few of the victims stories had been combined to make the film run smoother. Seventeen men lost their lives to  Dahmer and The Secret Life gives us details on several. What amazed me most watching the film is how many chances the police had of catching him. All they had to do was respond to the odor complaints from the other tenants in his building, no one ever did though. Hell Dahmer even says himself that had the cop who pulled him over after he committed his first murder had bothered to look in his backseat he would have been caught right then! 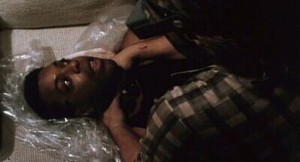 My only real complaint with The Secret Life is just how much of a product of the 90’s the film was. Even the scenes that took place in the 70’s and 80’s looked like the early-mid 90’s and it sort of takes you out of the moment when he picks up his first victim and the dude’s wearing a Canadian Tuxedo, it just doesn’t fit. Not the Tuxedo, that fit beautifully! I also loved that every single guy, save Dahmer, is wearing the funkiest underwear they could find! Be it; French cut briefs, bikini bottoms, banana hammocks, etc…is this really how gay men in the 70’s/80’s dressed? If it is I’ll shut my fucking mouth right now! 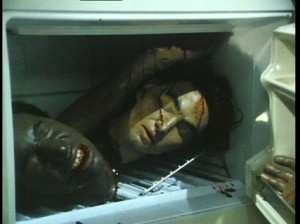 Carl Crew (Blood Diner), taking on double duty as Writer and Actor, plays Dahmer with a psychotic’s determination. Crew delivers a completely believable performance and adds a gritty realism to the role which makes it that much more disturbing. It’s 100% apparent that Crew has a thorough understanding of the man he’s portraying and it’s equally apparent in his writing. Let’s be thankful to Intervision that this was released, they did an amazing job with packaging and although light on extras the DVD looks gorgeous. Then again it could just look impressive to a man who watches 95% of his movies on VHS, either way, it still looks good.

If you have to ask yourself if you should watch this, you sir, have done too must thinking already, WATCH IT!