Alan Rowe Kelly is a force to be reckoned 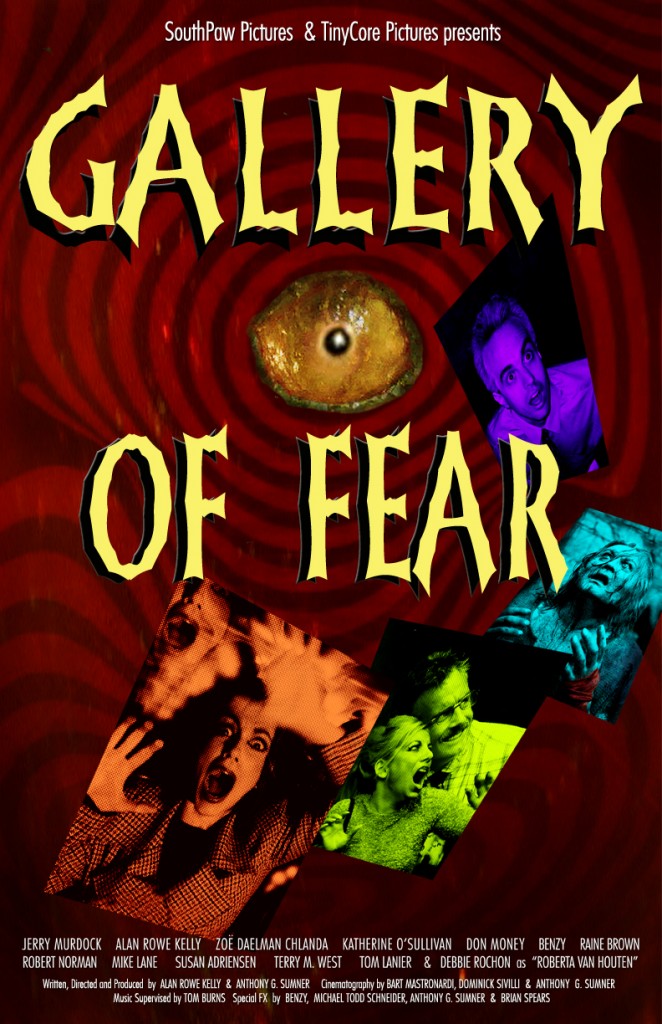 I checked out three of his short films last week, and though each is distinctly different, they all have one thing in common: They fucking rock.

A FAR CRY FROM HOME, part of the anthology piece GALLERY OF FEAR, is one part TEXAS CHAIN SAW MASSACRE, two parts DELIVERANCE, and three parts GODDAMN AWESOME. That makes six parts, but seriously, fuck math.
Lane and Kayle, while on vacation, make Horror Movie Cardinal Sin #2* when they decide to take an ill-advised shortcut. They soon happen across a dilapidated thrift store in the middle of the woods, and faster than you can say “redneck chickenshit motherfucker,” our intrepid heroes are on the run from a family of backwoods nutjobs. 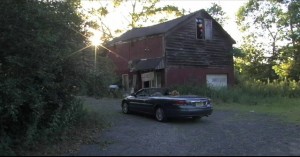 It’s been a long time since I’ve seen a contemporary film – let alone a low-budget indie – that masterfully ratchets up the tension like A FAR CRY FROM HOME. It takes a sure hand to have a prolonged chase through the woods that a) stays interesting, and b) continuously ups the ante as the film progresses. Kelly pulls off both with flying colors. A keen eye for cinematography also doesn’t hurt, not to mention strong acting across the board – Jerry Murdock, in particular, is very convincing as Buster, a chaw-chewing, hillbilly maniac. I’m not sure if that’s a compliment or not.

The second short, DOWN THE DRAIN, borrows a page from Stephen King’s classic THE CRATE.

A combination of nutty caricatures and a gruesome creature, DOWN THE DRAIN is another example of Kelly’s knack for intense horror, but this time with an undercurrent of campy humor running throughout. 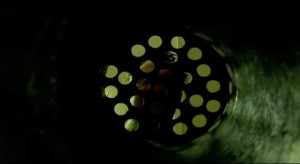 Stanley Moffet is a neurotic substitute teacher. He gets no respect from his students, his peers, his psychiatrist, or his wife. But just when things look bleakest for Moffet, he discovers a new friend – a beast that runs amok in the city’s sewer. Before long, Stanley finds himself embracing this strange new relationship, and the smiting of his enemies soon follows.

My least favorite of the three, DOWN THE DRAIN is still a lot of fun. I appreciate a simple story told well, and while the camp runs pretty high, it never bashes the viewer over the head (Troma, I’m looking at you).

Finally, we have Bart Mastronardi’s adaptation of Edgar Allan Poe’s classic ROADHOUSE…er, I mean THE TELL-TALE HEART, part of the upcoming TALES OF POE. Though A FAR CRY FROM HOME is my favorite of the three, THE TELL-TALE HEART is probably the best example of Kelly’s prowess as an editor. 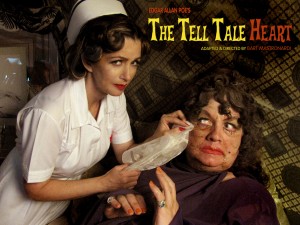 The delectable Debbie Rochon plays a nurse tasked to take care of the ailing Miss Lamarr, former celebutante, now a bitter and decrepit hag with a disfigured eye and a penchant for running her mouth that slowly pushes our narrator over the edge.

A classic tale with a contemporary twist, THE TELL-TALE HEART is beautifully shot and chopped, and a surreal example of gothic horror. Both Kelly and Rochon turn in outstanding performances. Perhaps more importantly, when dealing with classic literature – not to mention something that’s been adapted countless times – it is a testament to the craft that Kelly and Mastronardi make the story feel fresh and interesting. Consider the number of times A CHRISTMAS CAROL has been adapted. Now consider the number of times it’s been adapted well. The only one that comes to mind is the 1985 version, directed by Jerry Paris, starring Michael Winslow as Scrooge and Steve Guttenberg as Tiny Tim.

Long story short, you Bastards have yet another reason to not drop copious amounts of cash at your local Megaplex. Independent film is where it’s at, and Alan Rowe Kelly is an independent filmmaker who demands your attention.

Not listening to Crazy Ralph. 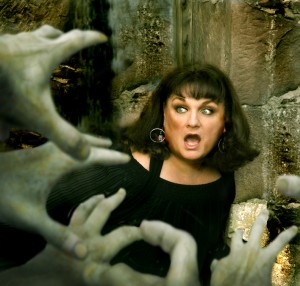