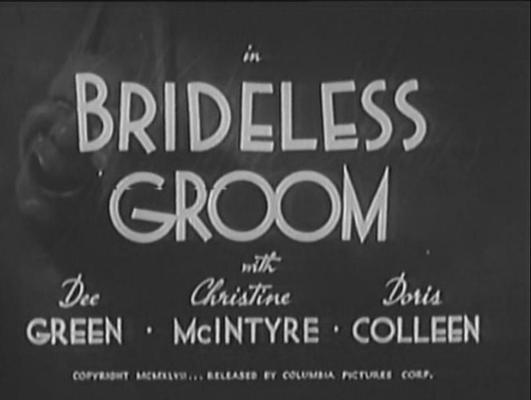 Voice coach Shemp has the opportunity to inherit five hundred thousand dollars left to him by an uncle, with the stipulation that the ugly bastard ties the knot within 48 hours. Moe and Larry have their hands full trying to find an interested party, resulting in the usual Stooge mayhem when a number of Shemp’s old girlfriends find out about the inheritance and arrive with violent intentions to marry.

One of Shemp’s earliest and funniest vehicles with the team, made long before recycled footage was used to pad out the running time of the shorts. His interplay with an atrocious vocal student is hilarious, particularly when he advices her to “gargle with old razor blades” after she painfully belts out a song. Moe and Larry are in solid form as well, with Larry getting more lines than usual. The gags are solid from start to finish, including a great bit where Stooge regular (and hottie) Christine McIntyre slaps the daylights out of the ugly third Stooge due to a case of mistaken identity (supposedly she really let him have it in this scene). Also noteworthy for featuring favorite supporting player Emil Sitka in his most famous role as a flabbergasted Justice of the Peace. His famous line, “hold hands you lovebirds” is engraved on his headstone. 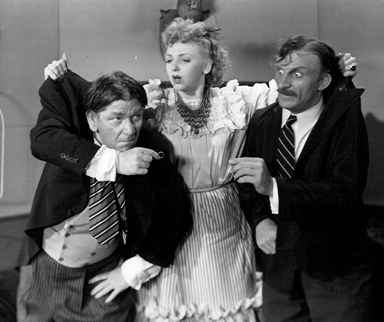 The “holy shit that has to hurt” moment:

The bit where a pissed off ex-girlfriend has Shemp’s head in a vice and systematically applies increasing pressure until he commits to marrying her is hard to beat. 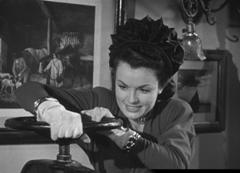 Filmmaker Scott Spiegel, long time Stooge fan and a buddy of Bruce Campbell and Sam Raimi (Scott co-wrote EVIL DEAD 2 with Sam) was asked by Quentin Tarantino to edit together bits of BRIDELESS GROOM for PULP FICTION. Scott shared this bit of trivia with DG recently:

Scott: Quentin had me cobble together this footage from a public domain 3 Stooges film entitled “Brideless Groom” to be used in the scene where Eric Stoltz is sitting there eating “Fruit Brute” cereal (my cereal box by the way) and watching the Stooges on TV. The interesting thing was I couldn’t use any of the Stooges in the footage (which didn’t matter to Quentin so much because he wanted the scene to be about Emil Sitka saying his famous line “Hold hands you lovebirds”.