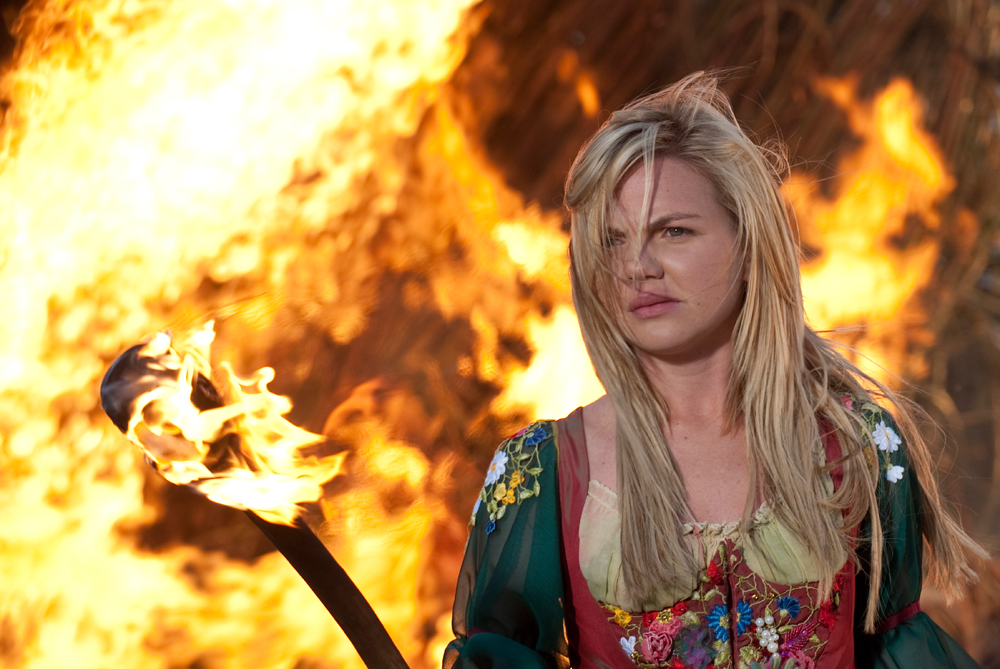 We just got word about the release date for the THE WICKER MAN sequel THE WICKER TREE from the fine Jack and Jills over at Anchor Bay. We haven’t had a chance to get our eyeballs on this yet, but we’ve heard good things about this. Here’s the verbiage…

The time is nigh for a new offering…

A New Vision of the Cult Classic Takes Root

April 24th on Blu-ray™ and DVD

Beverly Hills, CA – On April 24th, Anchor Bay Entertainment, the leading distributor in classic and contemporary horror films, releases Anchor Bay Films’ highly anticipated follow-up The Wicker Tree on Blu-ray™ and DVD. Set in the same universe as the 1973 cult classic The Wicker Man starring Christopher Lee and Edward Woodward, the film is written and directed by the original helmer, Robin Hardy, who also reunited with the original producer Peter Snell and venerable UK production company British Lion to bring a chilling new vision of this classic story to 21st century audiences, after a theatrical run. SRP is $29.99 for the Blu-ray™ and $26.98 for the DVD. Pre-book on March 28th.

Based on Hardy’s acclaimed 2006 novel “Cowboys for Christ,” The Wicker Tree tells the story of Texas-based singer Beth Boothby (newcomer Brittania Nicol) and her friend Steve Thomson (Henry Garrett, “The Bill,” “Skins”), two born-again Christians who come to Scotland to spread the gospel. When their initial efforts are met with disdain and disinterest, they find comfort in an invitation to sing in Tressock, the border fiefdom owned by Sir Lachlan Morrison (Graham McTavish, Rambo, the upcoming The Hobbit films).

However, Beth’s and Steve’s message of personal chastity quickly comes into direct conflict with Tressock’s sexual and religious practices, drawing upon ancient Celtic beliefs and rituals. Temptations begin to challenge Beth and Steve – with the stakes no less than their very lives and souls…

Lee, who played the mysterious Lord Summerisle in the original (in a career that includes Count Dracula and the Frankenstein monster in the classic Hammer films, Count Dooku in Star Wars Episodes II & III, and Saruman in the Lord of the Rings trilogy as well as the upcoming pair of films based on The Hobbit), returns again in a dramatic cameo. Rounding out the cast are Jacqueline Leonard (“Holby City,” “The Bill”) as Lady Delia Morrison, Clive Russell (Sherlock Holmes, The 13th Warrior) as Beame, James Mapes (Star Trek VI: The Undiscovered Country, Conversations with God) as Reverend Moriarty and Honeysuckle Weeks (“Foyle’s War” and numerous other UK TV projects) as Lolly.

Bonus features on The Wicker Tree Blu-ray™ and DVD include a behind-the-scenes featurette, deleted scenes and the theatrical trailer.