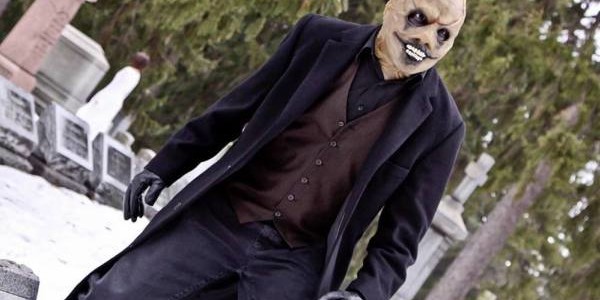 Like it or not, found footage is here to stay. At this point, with new entries still being churned out by enterprising indie filmmakers (albeit at a slower and less aggressive rate), it’s time to wave the white flag and admit that this isn’t just a trend or a fad getting a moment in the spotlight, but a legitimate form of storytelling that will lurch zombie-like from the cinematic crypt every now and again. Found footage is the slasher film of the Millennial era, exploding in a Big Bang of trope-establishing fury, only to settle, tenaciously,  into the last refuge of the creatively-starved indie filmmaker.

And, like the slasher film, the sheer number of found footage films that flooded the scene instantaneously created its own formula and generic conceits, tropes that many of the films stumble blindly into. #SCREAMERS (how’s that for a tres Millennial title?) is the latest I Spy digicam POV drama on the block, and not only does it embrace every ounce of found footage cliche it can muster, it doubles down with some slasher paradigm ones as well. 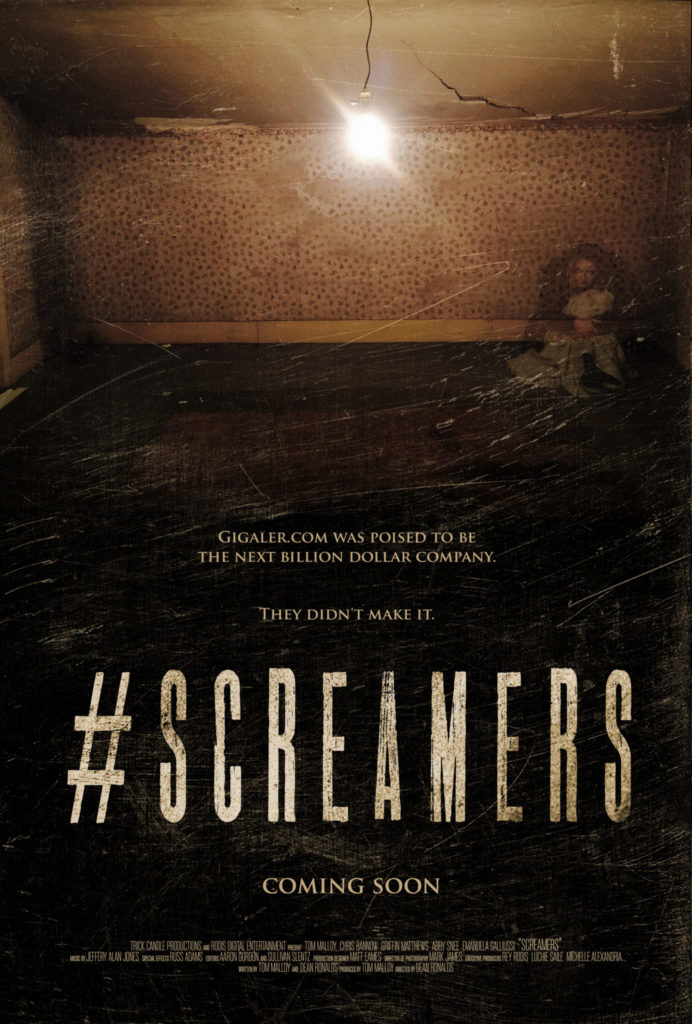 Stop me if you’ve heard this one before: a group of junior documentary filmmakers stumble upon a strange mystery, and embark on an adventure to the middle of nowhere to solve it, like some sort of muckraking post-Michael Moore Scooby gang, only to perish at the hands of some sort of vaguely defined supernatural monstrosity. Here the filmmakers are a crew of Silicon Valley tech nerds making a hagiographic promotional video for Gigaler, a startup that’s basically YouTube with the cheerfully invasive “let us know all about you” algorithmic treachery of Facebook.

#SCREAMERS, at least, float an initially intriguing idea. The movie opens sans credits, as we are plunged headlong into the making of the corporate sales video. The director holding the camera is a young hipster artist in a typically shaggy Gen Z hoodie, and as he is interviewing the founders of Gigaler, a pair of  yuppie white boy thirty/fortysomething tech bro entrepeneurs, there’s a hint of Steve Jobs-ian malevolence to their backslapping cult-of-personality bonhomie; it’s almost as if we are about to watch the rebirth of Mark Zuckerberg into a horror movie icon.

It’s an interesting idea for a horror movie — what if, in the wake of  Cambridge Analytica, someone made a paranoid tech-thriller in which the normalization of the smiley-faced, “we watch what you watch” invasion of piracy ethos of Facebook becomes the plot of a sun-dappled California WICKER MAN? Alas, #SCREAMERS isn’t that movie. It opts for a more prosaic supernatural slasher mystery. The Gigaler team get sent a video — of a girl in white wandering aimlessly, zombie-like, through a cemetary but the video’s Gothic Jean Rollin vibe gets interrupted  by the jump scare shock appearance of a shrieking demented figure in a beady-eyed demonic gimp mask. The Gigaler team decides that this is the best video they’ve ever seen — really, it’s not much more special than any other cheesy YouTube “gotcha” video — and they set about trying to solve the mystery of who sent it after getting sent a second vidoe, all so they can nail down exclusive rights. 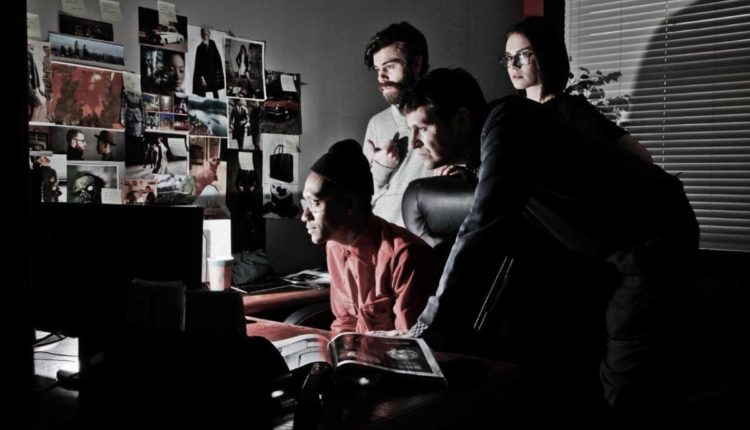 The mystery, however, leads them to a deeper one, involving a missing girl, and a grave belonging to a long dead man who is a prime suspect in the murders of Jack the Ripper. Are they being hoaxed? In isn’t a spoiler — at least not if you’ve ever watched more than a handful of horror movies — to say that no, they aren’t, and the team is going to regret searching out answers.

#SCREAMERS isn’t so much bad, as blandly, indifferently staged. It’s found footage white bread. After a while you begin to realize that the filmmakers don’t have anything new up their sleeves and are simply heading down the path of least resistance. The movie is a checklist of cliches. Does one of the men turn out to be a pushy jerk who bulldozes everyone into following him to their doom? Check. Do characters continue to film long past any logical reason to do so? Check. Does the camera tumble out of someone’s hands in just such a way to avoid catching any of the off screen action (you know, to “heighten” the suspense?) Check and double check. 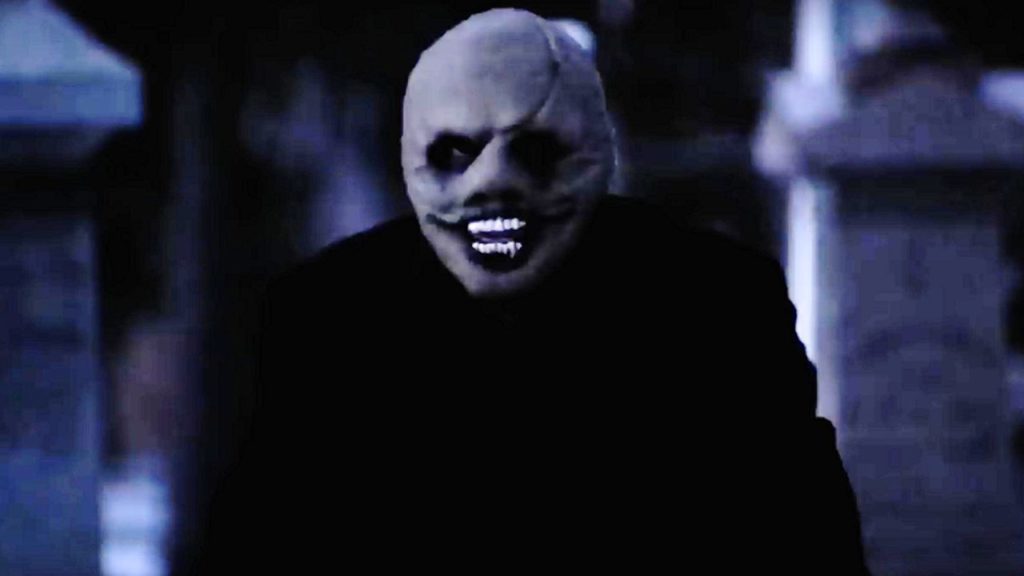 The movie doesn’t really handle its own mythology well. The filmmakers never really justify the Jack the Ripper connection and that mangle-faced boogeyman keeps showing up, but to diminishing returns. Every time he appears, its in the same style of his videos, coming out of nowhere with a high-pitched strangulated shriek. It’s meant to be freakishly unnerving, but comes off funnier and funnier with each murderous yelp.

#SCREAMERS is fittingly named. It tries to be hip, new and cool with that sleek hashtag adornment, but it settles into horror film mundanity. It could have actually done something interesting and new with its found footage setting. Instead, it’s just better to scroll past this particular YouTube video. 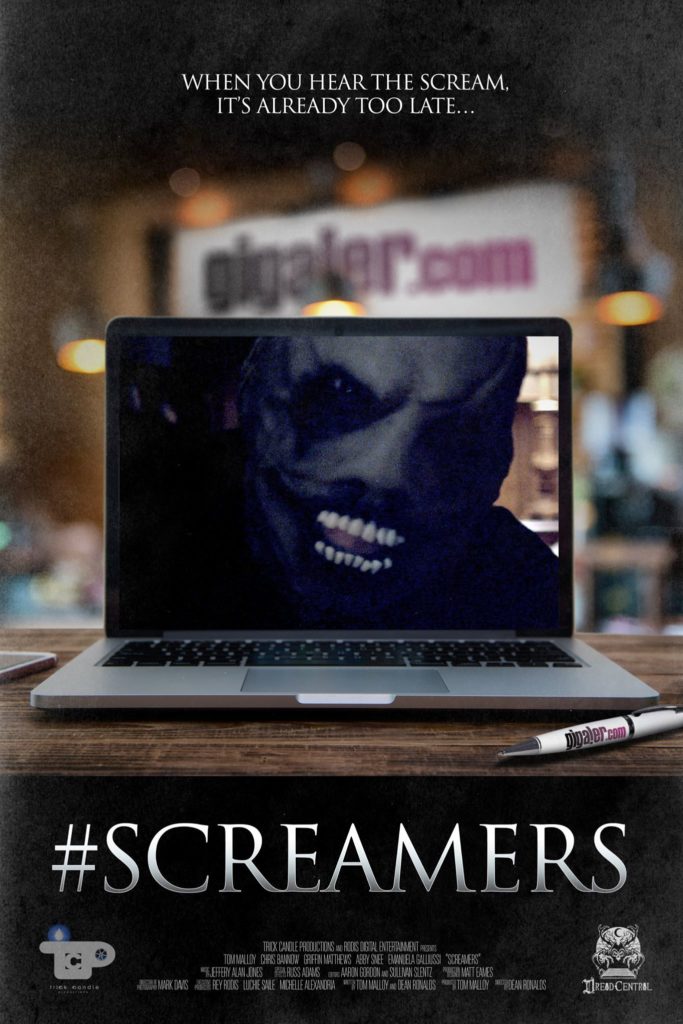