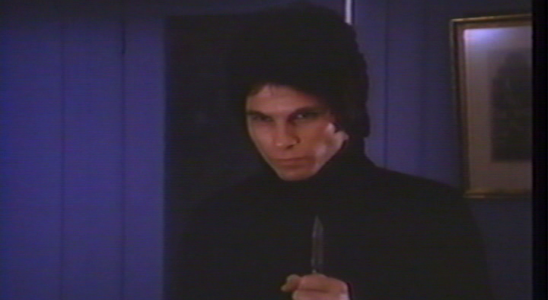 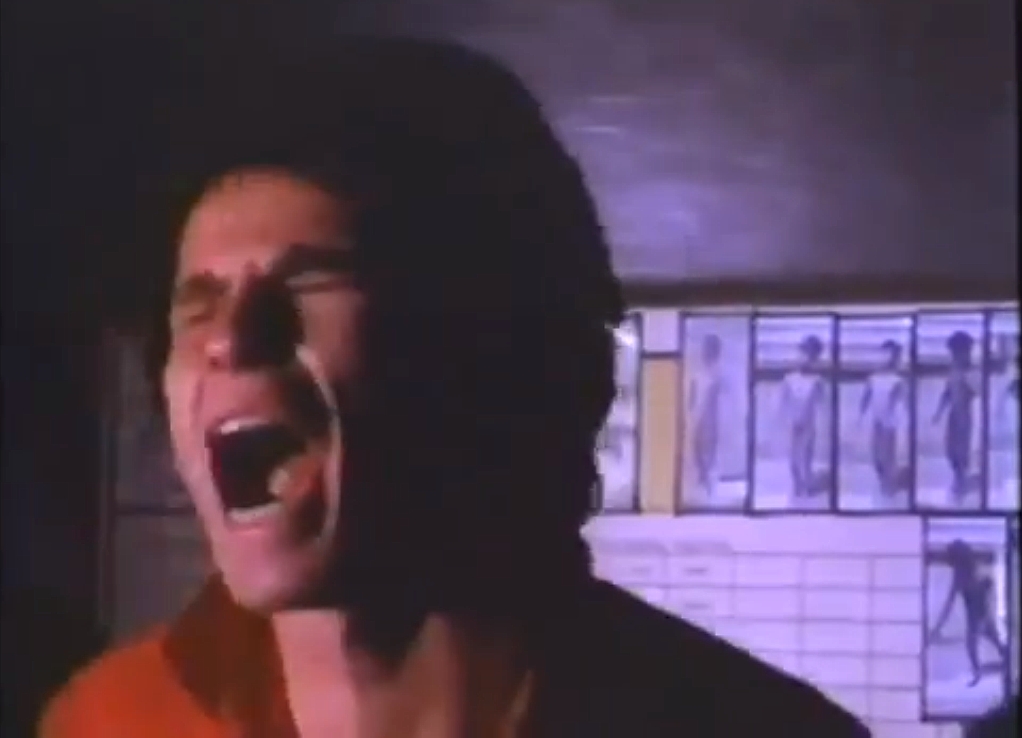 I try to avoid being negative in a review when I can help it. When watching a forty-year-old exploitation film that had a tiny budget, shaky script, and semi-amateur acting, I try to look at the spirit of the production and write about what the filmmakers wanted to do while gently pointing out the shortcomings that almost inevitably come with such low-budget, sometimes disreputable productions. Admittedly, in the past—both here at DAILY GRINDHOUSE and at other sites—I’ve not always been successful at that approach and I feel I may have been a little too harsh on films that didn’t deserve such a beating. But every now and again, I run across a film like I DISMEMBER MAMA and I just cannot figure out a polite, constructive way of saying that it bored the hell out of me.

I am not even sure that the film needs a description of the plot set-up, but here goes. Albert (Zooey Hall) is a very troubled young man who resides in a mental hospital under the care of Dr. Burton (Frank Whiteman). It seems that Albert once attacked his emotionally cold, extremely wealthy mother (Joanne Moore Jordan) with the intention of killing her. Not long after we are introduced to Albert as he watches a stag film that he smuggled into the hospital, he has tried to rape a nurse, killed an orderly, and escaped with matricide on his mind. What develops is the exact opposite of a white-knuckle thriller as the police detective (Greg Mullavey) assigned to the case tries to find Albert without much help from his mother or Dr. Burton. 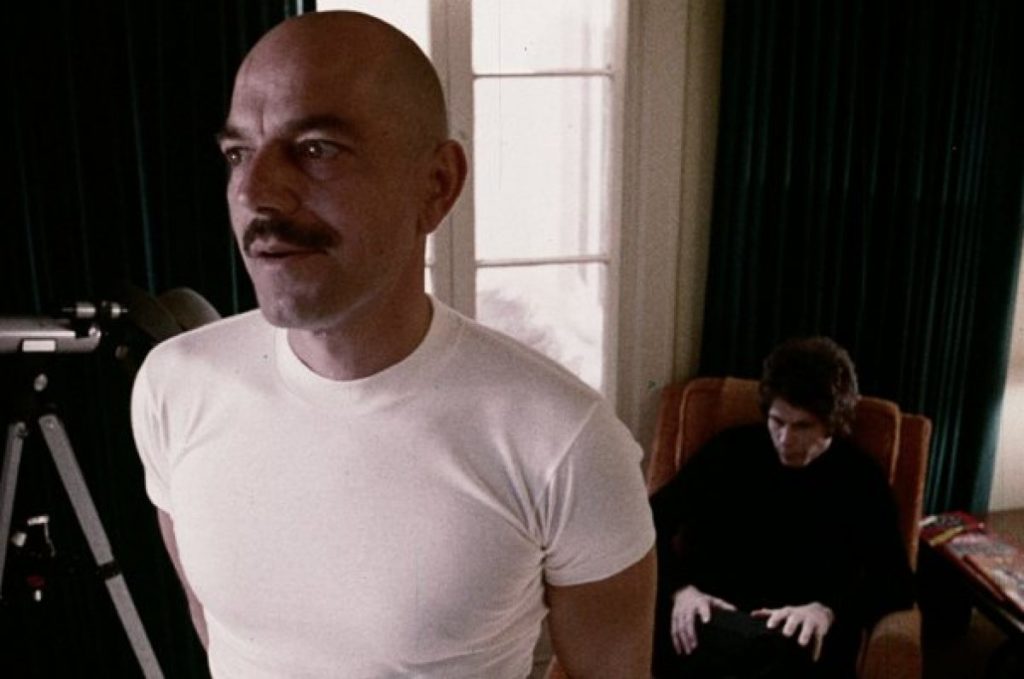 I decided to watch I DISMEMBER MAMA because it is a title that has drifted in the background of my movie consciousness for as far back as I can remember. It is a title that conjures thoughts of either a goofy, H.G. Lewis-like gore flick or a sleazy, 42nd street sex-and-violence exploitation creepfest. But it is neither. Is it too mean to call it a slow burn thriller without the “burn” or “thriller” part of the equation? Mean or not, that is unfortunately a true description.

It is hard to think of a more deceptive title than I DISMEMBER MAMA. Its original title of POOR ALBERT AND LITTLE ANNIE is far more accurate, if less catchy. But that accuracy points to what the film eventually reveals itself to be: an anemic attempt at a character study of a violent psychopath who searches for salvation in the affection of a sweet little girl named Annie (Geri Reischl). That movie is painfully dull, awkward, and not nearly as distasteful as it should be.

Perhaps the worst thing about the film is that it is not an amateur production. Director Paul Leder had a long career as an exploitation filmmaker and knows how to put together a movie. Writer William Norton went back and forth between the low-budget end of exploitation films with projects like this one and Roger Corman productions such as BIG BAD MAMA while also penning star vehicles like WHITE LIGHTNING and GATOR for Burt Reynolds and BRANNIGAN for John Wayne. These were professional filmmakers, not semi-amateurs who grabbed hold of a 16mm Bolex and shot from the hip with friends. 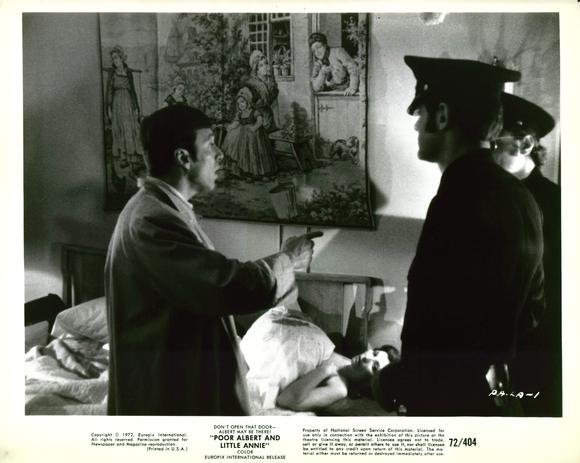 Even with pros behind the scenes and actual actors in front of the camera, the film suffers from an excess of wheel-spinning montages and method actors like Hall and Mullavey mumbling their way through their lines clashing against more arch, theatrical performers such as Jordan and Whiteman. But Leder seems to have given his actors all the same direction: more intensity. Hence one morose scene after another of Hall glowering while complaining about how all women are “whores,” Mullavey chomping angrily on his gum while spitting out orders to uniform cops, and Whiteman grimly feeding sedatives to Jordan. It’s all intended to be so very serious and intense, but the results are simply tedium.

I DISMEMBER MAMA is really the first film I regret watching for this column. That is a hell of a feat when you consider I kicked things off with the truly icky and upsetting THE LAST HOUSE ON DEAD END STREET. But I can handle a film that taps into something repellant better than I can one that just sits there, inert, trying to be something it isn’t. 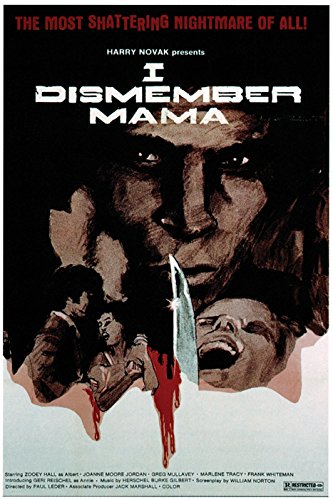