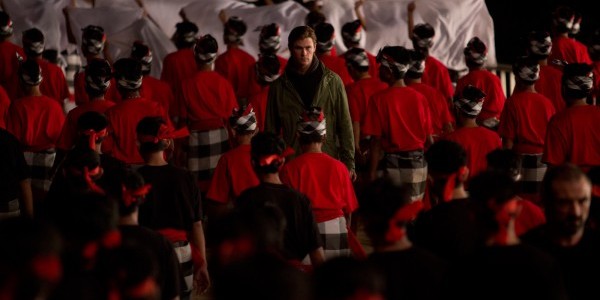 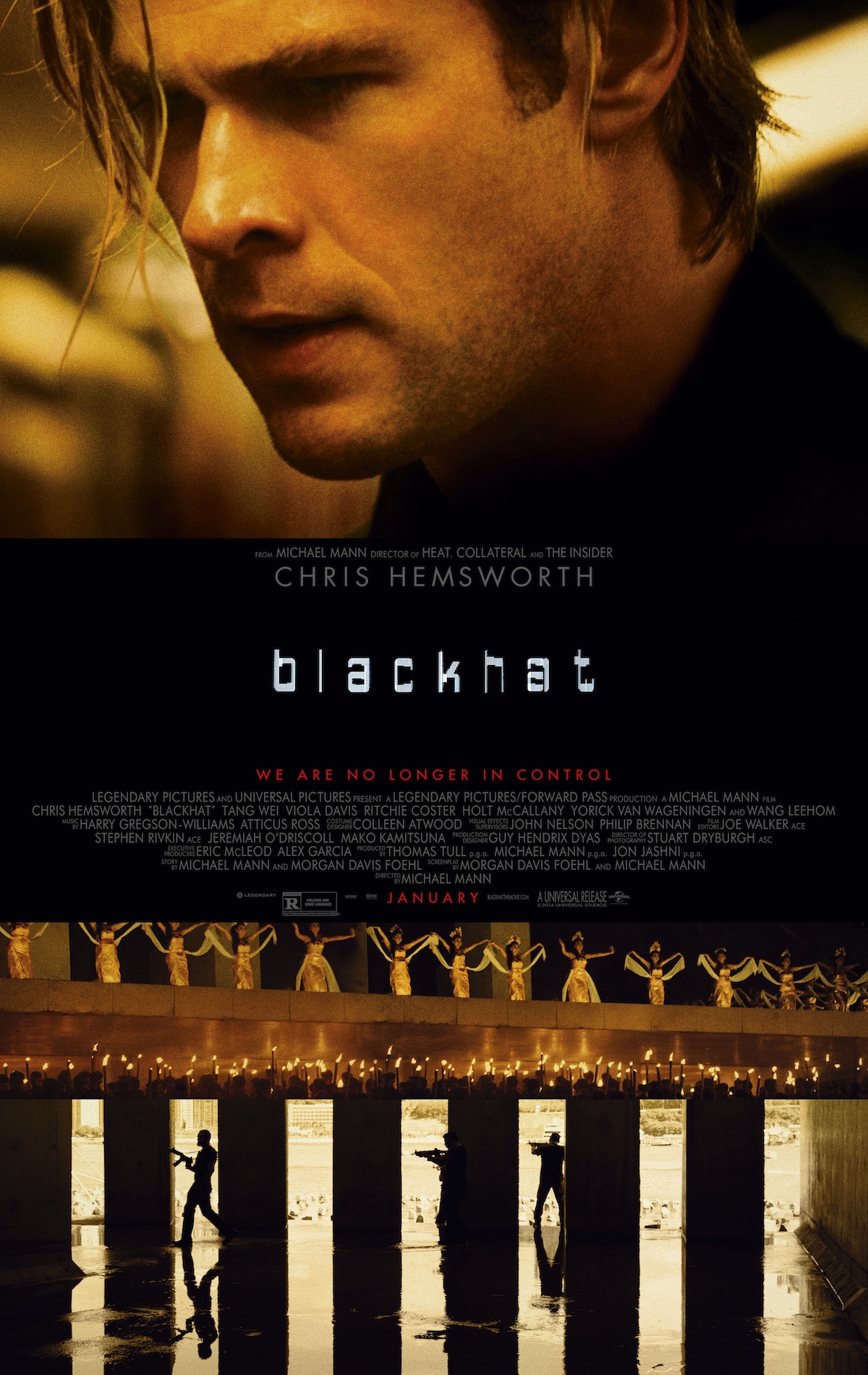 Last January, when BLACKHAT made less money at the box office than it cost to make, there was a flurry of speculation that Chris Hemsworth isn’t a movie star. The argument goes that a movie star gets audiences in the door, regardless of the project in question. I don’t quite cotton to that argument. To me, there’s a different, far simpler criteria as to what makes a male movie star. If the women in my life swooning over an actor and I entirely forego the initial jealousy instinct to consider, “No, I guess I get it” — that’s a movie star. (My gold standard for what makes a female movie star is generally much simpler: How close do they come to this?) 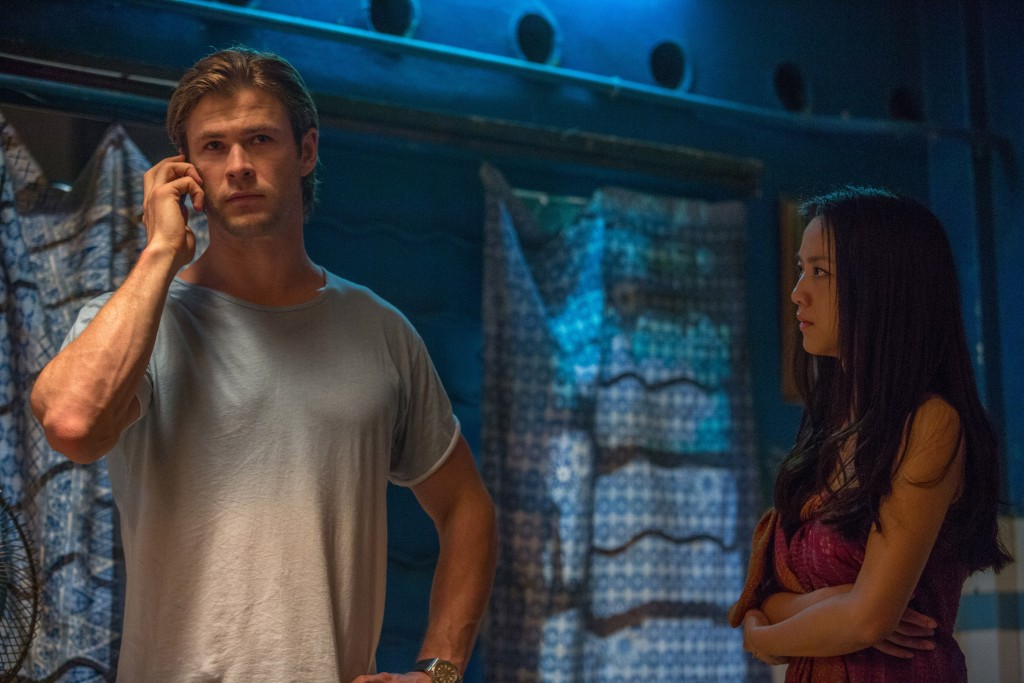 If there was ever a time when audiences would flock to movies based solely on the name above the title, we’re beyond it. More than ever, the vast majority of moviegoers are drawn in by high concepts and low pleasures (i.e. explosions). If somebody tells me Chris Hemsworth isn’t a movie star, I would have to ask which actor could have turned BLACKHAT into a hit.  Nobody loves Michael Mann’s films more than I do, and it’s very important to me that he gets to keep making them for as long as he can, which usually means financial success, which is why I did my small part by paying to see BLACKHAT on the big screen more than once — what else can I do? — but this is a moody crime thriller about cyber-hackers skulking across multiple continents. It’s not flashy, it’s not James Bond. Several scenes come down to not much more incident than people sitting at computers. A director as visually gifted as Michael Mann can make that cinematic, but this is what I mean about Chris Hemsworth being a movie star. If he wasn’t, I wouldn’t be able to watch BLACKHAT as many times as I have. This film is chock full of terrific, world-class character actors, but Hemsworth is its engine. There aren’t too many dudes I can stand to watch logging into computer systems without my eyes glazing over — just ask the IT guys at any day job I’ve ever held. Is he perfect casting for a cyber-criminal? Probably not, but he’s the right guy for this movie. 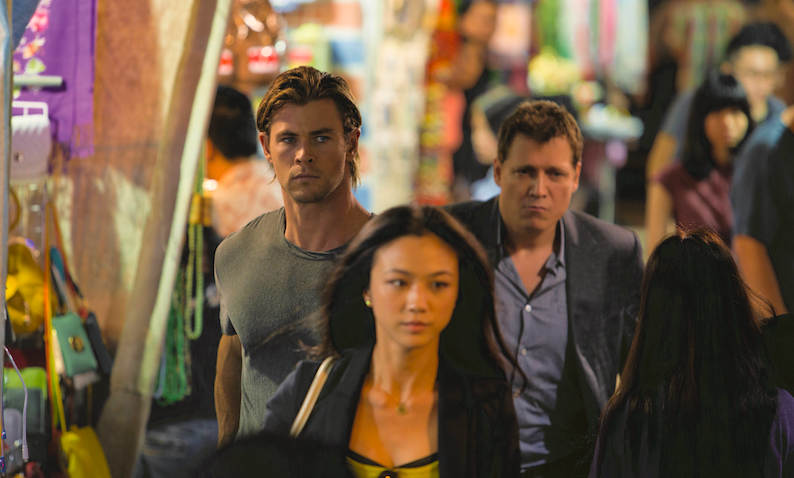 The sorta-conventional movie-starness of Chris Hemsworth anchors BLACKHAT in an important way. This isn’t entry-level stuff. You need a movie star type to be your guide. With each subsequent movie, Michael Mann has been pushing his style in more oblique directions. No movie is for everybody, but more and more, Michael Mann’s movies are for very specific types of people. Michael Mann doesn’t do crowd appeal anymore, if he ever did; now he does wavelengths. BLACKHAT is a dog-whistle of a movie — having seen and loved all of his work to date and more than amenable to his adventurousness with imagery and sound, I keyed into BLACKHAT‘s frequency right away, but I’m not sure I could blame the general public for considering it less than accessible. In the very specific cultural moment we are living in now, people want cartoons. They want superheroes and Minions and Kevin Hart. That’s not even to knock that stuff; it’s just a fact of what’s popular right this minute. BLACKHAT delivers multi-culturalism in a monoculture moment; it feels frantic and unsettled. Once the business of the plot is done, the film leaves us on a rather hazy ending rather than telling us precisely how to feel. It’s not a crowd-pleaser. It’s not reassuring. Neither is the real world. In a landscape of noise and simplicity, BLACKHAT is a movie for adults, or at least for people who aspire to become adults. It’s for those who don’t back down from a challenge. BLACKHAT is playing tonight at BAMcinématek at 9:30pm as part of their series Heat & Vice: The Films of Michael Mann. Michael Mann is going to introduce it. I can’t be there and it’s one of several factors that is not-so-slowly killing me.