Film producer and director Russell Doughten, Jr. has died at the age of 86. While Doughten is forever entrenched in genre film history as one of the men who made 1958’s THE BLOB come to form, he may be better known as the head of Mark IV films, who produced of some of the most fascinating evangelical movies to come out of the ’70s, beginning with 1972’s A THIEF IN THE NIGHT.

Doughten’s series of four films based on the Evangelical idea of the rapture may not have played in church basements rather than drive-in movie theaters, but the dystopian worlds they depict following the apocalyptic events that begin with all of the “good” Christians suddenly vanishing from Earth as a government system known as UNITE (United Nations Imperium of Total Emergency) takes over the planet would be at home in either venue. Much of the series follows Patty Myers (Patty Dunning), a young woman whose husband vanishes during the rapture, as the goes on the run after refusing a mark from UNITE, though she exits the series (rather memorably) in the third entry.

Second only to the works of Ron and June Ormond (IF FOOTMEN TIRE YOU, WHAT WILL HORSES DO?) in terms of religious exploitation, A THIEF IN THE NIGHT and 1978’s A DISTANT THUNDER played regionally for years, attempting to scar sinners into repenting for a generation. They may have worked, and all of the films in the series are still fascinating, no matter what take you approach them with as an audience member. 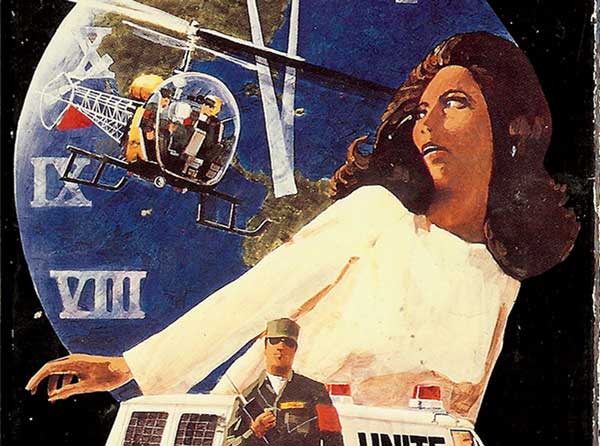 Tags: death, thief in the night