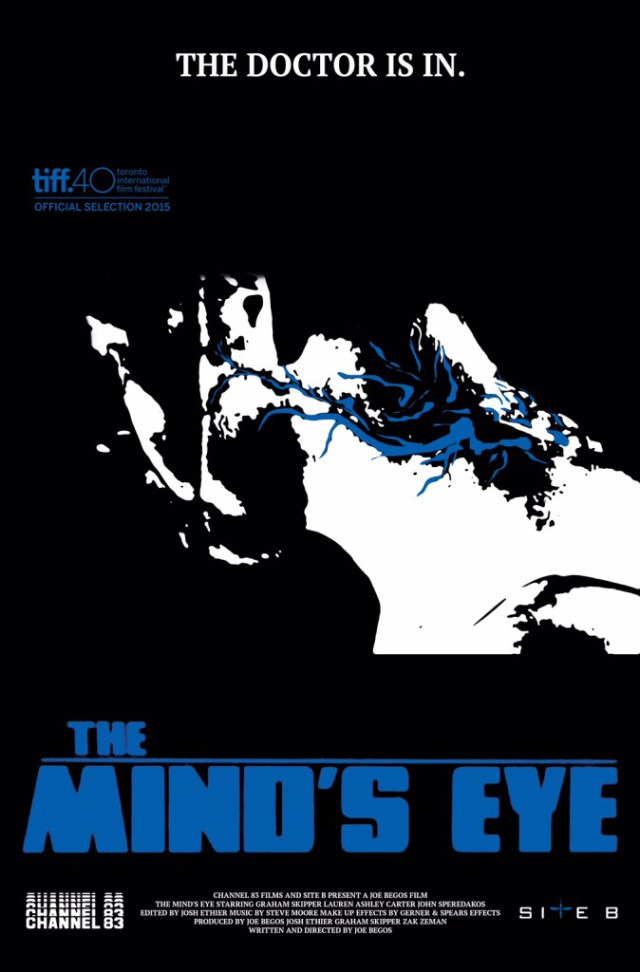 In the years since HOBO WITH A SHOTGUN, we’ve gotten a lot of movies marketing themselves as genre throwbacks through a modern lens. They tend to run the gauntlet of ridiculous (THE FP), the tongue-in-cheek (LOST AFTER DARK), and even the sincere (TURBO KID), but one of the few “serious” attempts I can think of was Joe Begos 2013 film ALMOST HUMAN. And although I can’t say I loved ALMOST HUMAN, I respected the hell out of its DIY 1-2-FUCK-YOU approach, of just going out to Rhode Island and creating a vicious alien-attack movie. So I was pretty excited for THE MIND’S EYE. I managed to get a ticket for the midnight madness premiere and was happy to find it’s definitely a step up for its director in every way. 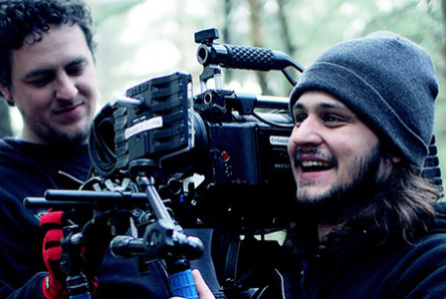 THE MIND’S EYE centers on Zach Connors (Graham Skipper) who has been wandering early-1990s America and trying to hide the fact that he’s an immensely powerful telekinetic. After a run in with the cops, he’s brought to the attention of Dr. Slovak (John Speredakos), who claims to run a school for people just like Zach, including his former girlfriend Rachel (Lauren Ashley Carter, of JUG FACE should-be fame). After several months, and Slovak’s torturous experiments, they break out, but are pursued by thugs and psychic assassins. What follows is a straight-up psychokinetic street fight.

If any of the previous synopsis sounds familiar, that’s because it is. Like a lot of the previous flicks mentioned, THE MIND’S EYE wears its influences on its sleeves, to varying degrees of success, specifically name-checking THE FURY and SCANNERS. However, for everything it references, it adds something, or at least makes it feel fresh and exciting. Necks are broken, heads get blown up, bladed weapons are mentally thrown, and blood starts running out of every actor’s upper body orifice while they’re looking like they’re reliving their most violent bowel movements. It’s. The. Best.

The cast is packed to the gills with both established and rising genre actors such as Matt Mercer (CONTRACTED), Michael A. LoCiero (EREBUS), Josh Ethier (ALMOST HUMAN), Jeremy Gardner (THE BATTERY), Noah Segan (LOOPER), and Larry Fessenden (you know who he is!). Graham Skipper turns out to be Begos’s perfect leading man — as with his role in ALMOST HUMAN, his sunken eyes and pissed-off line delivery make you believe that once he reaches his breaking point, his head is going to split open and hell is going to pour out. Speredakos plays Dr. Slovak with psychotic scene chewing glee.

THE MIND’S EYE will appeal to any fan of practical genre fare and aesthetics. It’s filled with tons of cool sequences (personally I really enjoyed a scene that juxtaposed a sex scene with a character being pierced with a giant needle while some dude creepily watches on), and while it probably won’t change any minds about the minor trend in era-specific throwbacks, there’s no denying it’s vein-popping good entertainment. 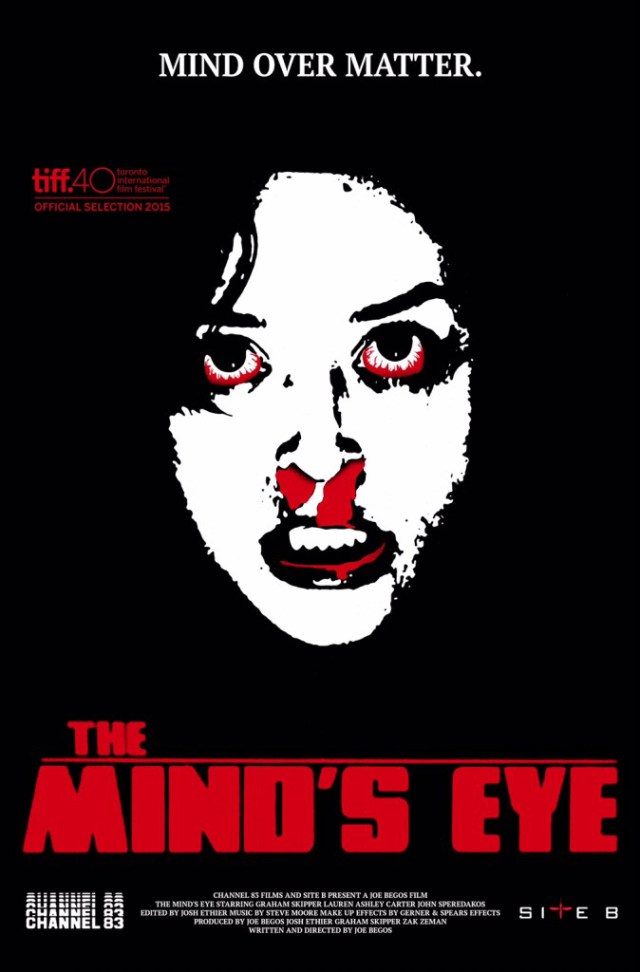 [clip from THE MIND’S EYE, exclusive to Entertainment Weekly]